In the first episode, we see the scene open in 1910 where a woman called Inayat walking along a road where a man starts harassing her. This man is the son of the “Shahokaar” of the rural community and feels entitled enough to harass a woman walking on the road. Inayat raises this issue with her family and the family takes this up with the panchayat or the group of elders. They decide upon a really ridiculous decision: since they are convinced that what Inayat is saying is a lie to defame the Shahokaar so that the Shahokaar can forgive or clear off the loans that the Sheikhs (Inayat’s family) has taken from them, Inayat will spend three days in the house of the Shahokaars.

When Inayat returns her brother kills himself out of dishonor and her other brother tells her that they would move out of this village and move somewhere else. 36 years later, in 1946, 10 years before partition, Rasheed (Inayat’s nephew) has all grown up. Rasheed (Adnan Siddiqui) is seen working in the fields where on the other hand Nimmo/Nirmala (Amar Khan) is seen moving into Rasheed’s village along with her family. The two shall cross paths in a revenge situation that Rasheed’s uncle has had planned. 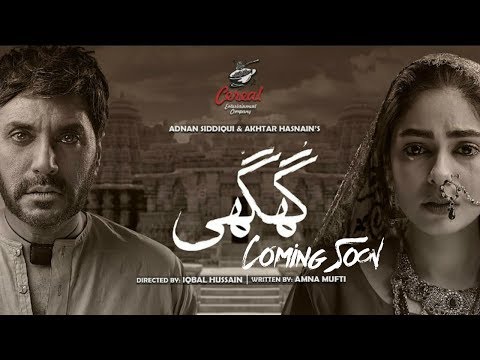 While it’s too early to say how big of a success Ghughi will be, the soundtrack, direction and writing seem to be faring well at the moment (considering what else is being aired on television right now). Let’s hope the upcoming episodes serve us a good story.

For a more detailed review watch below: