We live in a connected world. We rely on the internet for pretty much everything: whether it is working, banking, shopping or just getting that takeaway delivered to your home. As the saying goes, home is where your WiFi automatically connects. However, what if you could take this WiFi with you, wherever you go? By wherever, I really do mean wherever! GlocalMe is providing a worldwide (over 100 countries) solution that supplies you internet via CloudSIM technology, wherever you go.

The premise is simple. GlocalMe have gone and done deals with the local service providers in all of the countries they offer service in. Using CloudSIM technology, as soon as you fire up your device, it will connect to the network with the best possible signal.

As soon as the signal drops below 3 bars, the device will automatically look for the best network. If there is a better one, it will change networks. As a user, the process will be seamless and you won’t know any different. If you are in an area that has absolutely no mobile signal, you won’t get any data either.

The device will allow you to connect up to 5 WiFi devices. You will have your own private network, with a dedicated password.

To get this to work, you need a GlocalMe device such as the U2, G2 or the G3. They come with 1GB free data.

To access more, you will need a data package as well. Packages are available for individual countries, regions as well as worldwide. Costs start at €5, and go all the way up to €335, a package that offers you 2GB a month, for a whole year, covering all compatible countries.

There is the option of using your own SIMs in the devices as well, giving you access to the local internet without incurring any extra costs. 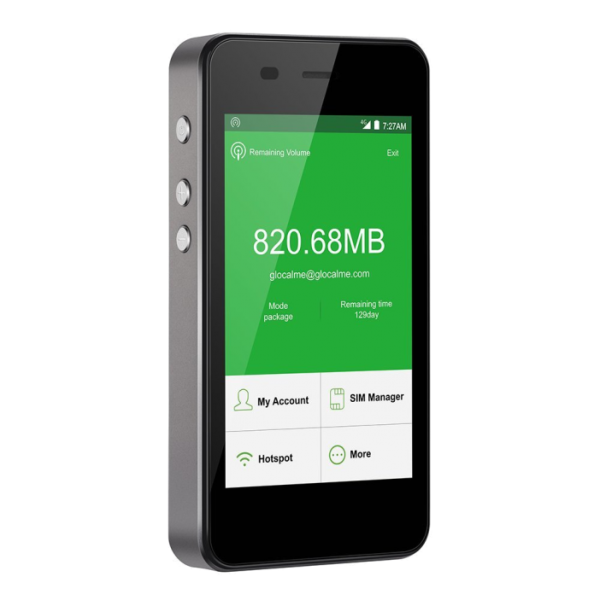 Last year we looked at the G2. It was a brilliant device, offering us a great service, connectivity, as well as the ability to charge our own devices.

The G3 is the next version of the G2 device. It comes with the following specs:

The device features a screen, which makes it easy to keep a tab on your usage. It runs on Android, so you could use it as a secondary device as well. Battery life is immense. 15 hours of usage means you can last almost 2 working days! Built-in battery charger is a lifesaver too. 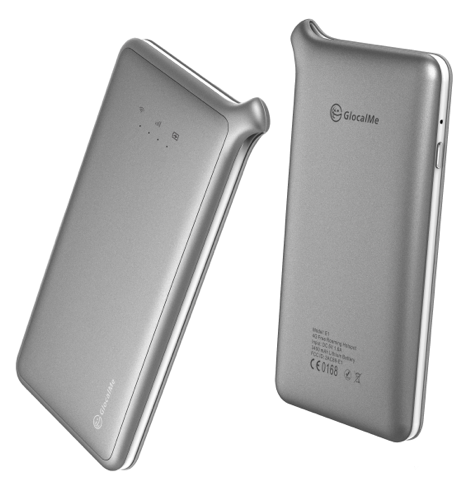 The U2, thinner and lighter, with no screen, is probably my favourite connectivity device ever. It can easily slip into any pocket or bag. It comes with the following features:

The battery may be smaller than the G3, but at 13 hours you have nothing to worry about. Portability is a massive plus with the U2.

In our tests, both the devices happily delivered their promised battery lives.

The real test is all about the service you get out of the device. GlocalMe have very kindly sent me both the U2 and G3 devices to test.

My tests consisted of trying the device out in the UK and Germany. However, my tests in the UK happened in areas that are notoriously bad for service. For my tests, I compared the data speeds I got on my own phone vs what I got when I connected using a GlocalMe device. I also carried phones with other SIMs with me to check how well they performed compared to this device.

4G allowed me to stream Netflix, check emails, etc without seeing any buffering.

3G was slower to stream, and at times didn’t allow me to stream at all. Emails, social media, etc worked fine.

Oxford has 4G connectivity. You get around 5-8 Mbps consistently, but nothing better. Using the GlocalMe device, I was around the 8Mbps mark, while my phone gave me around 6 at the exact same time. As my tests carried on, I noticed a trend that the GlocalMe device was ever so slightly faster than what I saw when I connected my phone directly.

Weirdly, you move a couple of miles outside of Oxford and it turns into a massive dead spot. My work is surrounded by farms, which probably encourages the network providers to stay away from investment. Science Park, eh! Sadly, this means that I hardly get any signal at work. The GlocalMe device was able to provide me with a consistent 3G speed in my office, which is as good as it ever gets there. The difference was the consistency of service vs what I see on my phone.

London is amazingly good, depending on where you are. Central London offers great speed. The GlocalMe and the local devices did not disappoint. High speeds were noticed for both.

Good performance for both the GlocalMe and the phones.

Cornwall is a county in the South West of the country. It is incredibly beautiful, and incredibly difficult to get to via roads. Being hilly and a bit backward in terms of facilities, it is often a hard place to get any phone signal. If there was anywhere in the country where the GlocalMe devices will prove their worth, it will be here.

After a week of travelling around Cornwall I am very happy to report that I consistently got 3G speeds. Some areas offered 4G as well. As I moved from area to area, I found my phones dip between signal and no signal. The GlocalMe device never really gave me a chance to worry about it. It worked well.

The only areas where it didn’t offer me data were deadspots that gave me no signal at all.

Germany is clearly better at providing network than the UK. The little bit of travelling I did around there clearly proved that. Both my phones as well as the GlocalMe device gave me 4G speeds.

More information on the GlocalMe service as well as the associated hardware can be found on their website.

For anybody who travels around the world, the GlocalMe devices are a must-have for you. The service is always as good as the network will provide, and at 5¢ a MB, you’ve got a pretty good deal!

One thought on “GlocalMe – Connect globally like a local!”