I love gadgets that are multi-taskers. There’s something really exciting about purchasing a product that can perform more than one task and if it performs numerous tasks, even better. That’s what excited me most when I was given the chance to try the Keyport Pivot. I knew that this was a product that would have many uses. I was given a sample to try for review and I’ve now been using it for around a month. 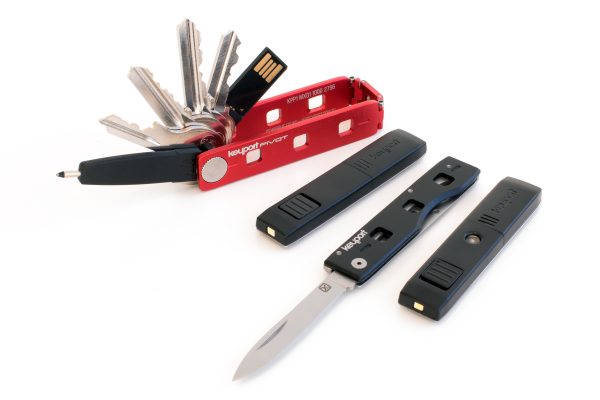 I received a red Keyport Pivot. It also comes in black and silver but I liked the red because it’s easy to find at the bottom of your bag! The idea is it’s a key holder with added extras. It holds other gadgets as well as your keys and adds a new, modern dimension to the keyring idea. It is a rectangular shape and everything folds into the Keyport Pivot neatly, as you can see in the pictures. If you want to use one of the items attached to your Keyport Pivot, you simply swivel it out and then swivel it back in after use. Here’s a list of the items I received that I could possibly have attached.

There are also other items available for attaching to your Keyport Pivot. For example a Griffin Pocket Mini, YubiKeys and Klecker Stowaway Tools like pliers, scissors and tweezers. 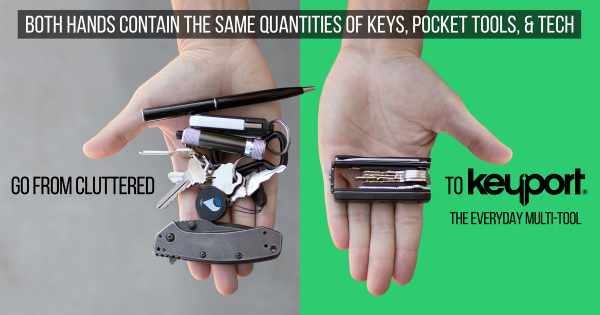 It was easy to set this up and easy to disassemble if you need to change a key or tighten up the grip of the Keyport Pivot. It only fits with flat keys though so car keys or rounded plastic headed keys won’t fit inside the Pivot. Those would have to be attached using the D-ring or kept on a separate keyring.

What I liked was the range of items available to store on the Keyport Pivot. There’s really something that would be of use to everyone. For example, I liked the BLE Locator that works with TrackR because I do often lose my keys or my phone. This locator helps me to find my phone easily when it’s lost simply by pressing the button. It then rings my phone and even if it’s on silent, it will alert me to where my phone is. If I lose my keys, I can use the TrackR app on my phone to find them. I also liked the pen insert because what writer doesn’t like having a pen handy at all times? The mini-flashlight is handy too and considering how small it is, the light is dazzling. 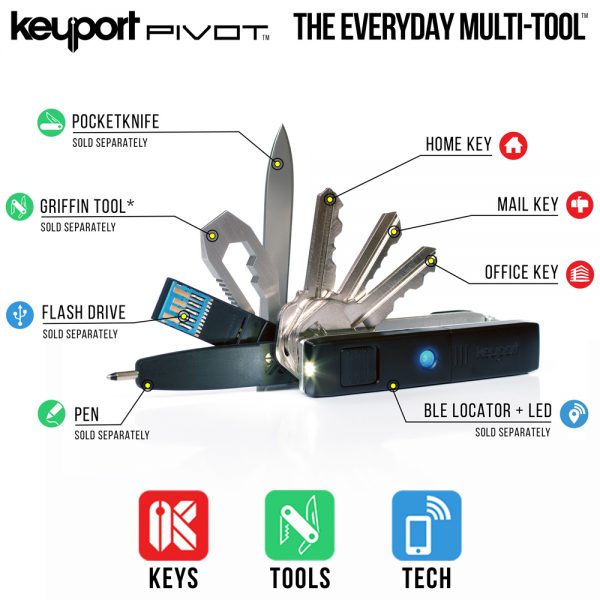 While I like the idea of having a USB Flash Drive on my Keyport Pivot, I can’t help thinking this is something I might not use too often for security reasons. If my keys got lost or fell into the wrong hands, my information on the flash drive would be accessible. It makes sense to exercise caution when storing information on this because of the potential for mischief, and encrypt or password protect anything stored, but I can imagine it would be great for working on the move and commuting in places where you don’t have access to the Cloud.

There are items I didn’t have that I would definitely consider having on my Keyport Pivot like one or more of the Klecker Stowaway Tools. I’d love to have some tweezers or scissors that I could carry around with me. For those wondering, the 10-in-1 multi-tool’s box cutter is short enough to legally carry around and it is not considered a weapon as it’s only a couple of inches long. 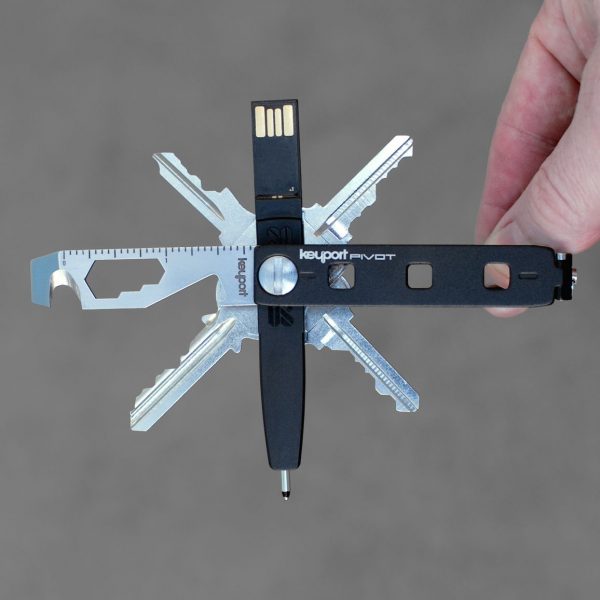 Keyport also have a KeyportID Online Lost & Found Program. On purchasing a Keyport Pivot or a Keyport Slide, you get a free 2 year subscription to KeyportID which will connect finders with owners anonymously. I like the idea that you can do this anonymously because the last thing you want is a stranger knowing your home address or even your name after finding your keys!

Overall, I really like the Keyport Pivot. It’s a stylish, modern, compact alternative to a keyring that is more than just a key holder. It’s definitely going to become permanent addition to my handbag. 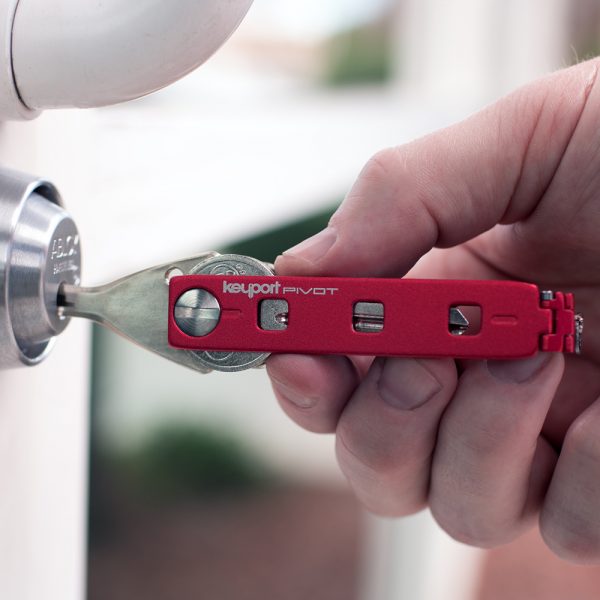 If you’d like to read more about Keyport and the Keyport Pivot, you can do so on their website. The Keyport Pivot costs $19.99. This is for the Pivot itself and you have to build the modules and added components at an additional cost. Expansion kits for holding large numbers of modules and keys can be purchased from $9.99.