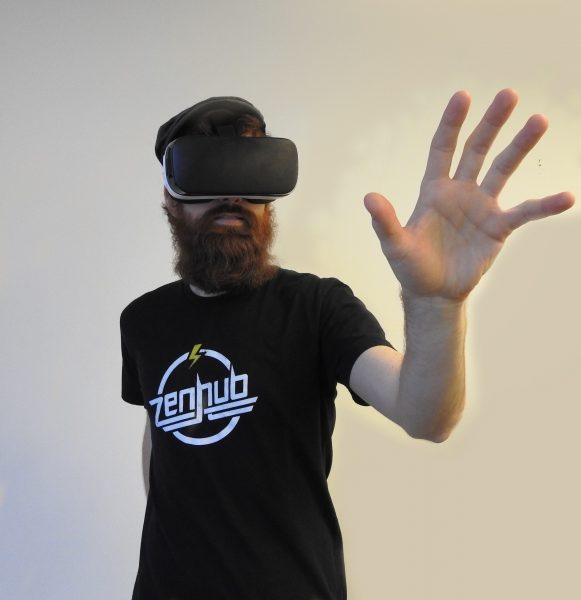 Here’s the thing about virtual reality: it’s tough to believe the hype unless you’ve tried it for yourself. It’s impossible for a YouTube video to convey the visual experience that VR provides, while experiences with poor, ultra-cheap headsets have devalued the medium in many tech fans’ eyes.

That’s a huge shame, as the potential of virtual reality is practically limitless. To best extract that potential, we first need to debunk a few common myths.

When it comes to virtual reality, it’s not a one-size-fits-all scenario. VR is available in a variety of different forms, and inevitably, the form we first experience leaves a lasting impression. Our first exposure to the medium often arrives through trade shows, retail stores and free giveaways, many of which opt for the cheaper end of the VR Scale.

For example, you’ve probably heard of Google Cardboard. It’s one of many cardboard VR devices, offering the ability to experience virtual reality at a next-to-nothing cost. It’s a great novelty device, but ultimately, there’s only so much a bit of cardboard and a few magnets can do! High-end devices such as the HTC Vive, Oculus Rift and PlayStation VR are leagues ahead of their cardboard counterparts, offering breathtaking VR experiences that must be seen to be believed.

If you’re looking at the HTC Vive or Oculus Rift and baulking at the price, don’t fear! It’s true that these devices require powerful PCs to use effectively, while the PlayStation VR is only compatible with Sony’s PlayStation 4 console at present. But, virtual reality wouldn’t have enjoyed the exposure it has without an affordable option for consumer and business use alike.

The Samsung Gear VR is an excellent example of this. It’s one of many devices that utilise smartphones to provide a virtual reality experience, and although it’s a cheaper alternative to HTC and Oculus’ offerings, the Gear has consistently impressed since its initial release back in 2015.  Ultimately, the key to affordability is finding the best budget devices on the market.

It wasn’t all that long ago that we were discussing virtual reality in the same vein as flying cars and space holidays! In actuality, VR has been in development and released in various forms for years, but it’s only in recent times that our exposure to the medium as consumers has heightened.

Even in its current state, virtual reality is evolving at a rapid rate. One of the biggest criticisms of the PlayStation VR at release was a lack of AAA-style games, but Resident Evil 7’s VR mode quashed many gamers’ fears back in January of this year. Across a variety of industries, VR’s potential is being realised far more quickly than some realise.

Virtual reality is just for gamers, right? Wrong! While it’s true that VR has emerged as one of the most exciting advancements in the gaming industry in recent years, it boasts potential across a wide number of industries. It’s already being used in TV and film, with big sports events being offered in VR across the globe. You’ll find VR-compatible videos all over the web too, including YouTube.

Industries across the world can harness the power of VR. It’s an excellent training tool to aid workers with potentially dangerous tasks. Its marketing uses are plentiful too. Virtual reality is even being used in the medical profession to treat physical and mental injuries. Just for gaming? No chance.

We’ve seen our fair share of tech-based gimmicks over the years. We all remember the disappointment that was 3D TV, right? Gimmicks have often worked their way into the gaming industry too, such as Nintendo’s Virtual Boy of the mid-90’s. It’s only natural to be wary of VR as “another gimmick,” but its sheer potential suggests it’s here to stay.

Unlike the aforementioned gimmicks of old, virtual reality doesn’t possess any notably significant limitations. Devices such as the Oculus Rift and HTC Vive have proved that VR’s capabilities far surpass anything we’ve seen before. For that reason alone, it doesn’t deserve to wind up in the gimmick pile.