Skip to content
Home » The Kodak Ektra – Will this change the face of smartphone photography?
Android news

The Kodak Ektra – Will this change the face of smartphone photography? 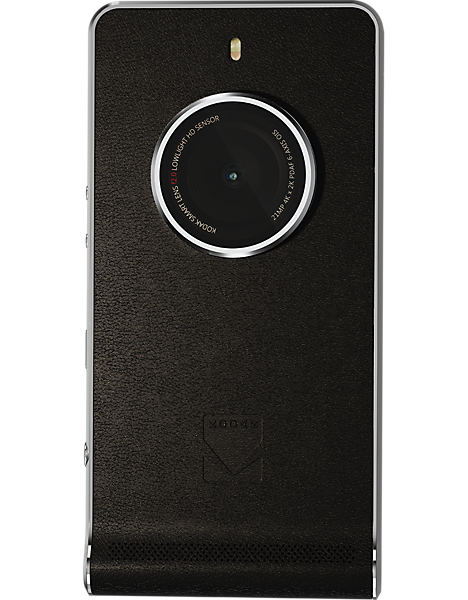 Photography has developed a lot over the years. From the classic Brownie and other box cameras, to more advanced 35mm reflex cameras, right up to digital models and high-megapixel smartphones, it’s safe to say we’ve come a long way. In fact, the latest modern phones such as the Huawei P10 and the iPhone boast cameras of such advanced quality that they rival certain DSLRs. But with our heads firmly behind the lenses and screens of modern cameras, it’s easy to forget where they came from. But thanks to the fine people at Kodak, the past is making a resurgence with their recently introduced camera-cum-smartphone the Ektra.

Ektra: the past again?

While it might strike some as strange that an historic camera company like Kodak have decided to make a smartphone, it’s no joke. They’ve joined forces with Bullitt Group to design and produce the Ektra, a smartphone that is primarily to be used as a camera. It takes its inspiration from Kodak’s “Ektra” camera from the 1940s with a huge 21-megapixel camera on the back, a beautiful leather finish and an ergonomic outward curve that’s meant to make taking one-handed photos a breeze.

But is such a camera necessary or even wanted? Well, consider the fact that cameras are increasingly becoming one of the most pertinent and attractive features of new and upcoming smartphones. This is hardly surprising given that we live in a world where we broadcast our lives via images, memes and videos, where Snapchat and Instagram are constantly duking it out for a monopoly on image-based social media platforms. It’s easier than ever to snap a photo and share it with a friend instantly. And what’s more, we like sharing the snaps, and they can help us communicate in a much different manner to say a text or an e-mail. Therefore Kodak’s choice of putting the camera first before the smartphone isn’t such a crazy idea after all.

The Kodak Ektra is solidly built, sporting a USB Type-C charging port, 3GB of RAM, a full HD 1920×1080-pixel resolution and a 3000mAh battery that will keep you juiced for even the longest photoshoots. It also has a MicroSD card slot that allows up to an additional 128GB of storage to supplement the 32GB that comes standard with the phone (important, considering the vast amount of photos and videos you’ll be shooting). So as a phone it’s pretty good, but how does it perform as a camera?

Surprisingly, given that it’s the main selling point, the camera is somewhat mediocre. Unlike Kodaks of old, it lacks optical zoom, something that would have given it a leg up on other digital competitors. And while it does have a rear camera with 21 megapixels and an aperture of f/2.0., the picture quality left something to be desired (many of the shots actually came out slightly blurry). It does have some cool features, though, such as the ability to switch from automatic to manual mode. Although this, too, was sluggish.

Where the camera does excel is in its pricing, having recently dropped from $550 to $400, making it a lot more affordable for the camera and smartphone you’re getting. But considering that the Ektra is meant to look and feel like a traditional camera, it feels like it should have more immediacy when it comes to shooting photos. But hey, at least it’s pretty.