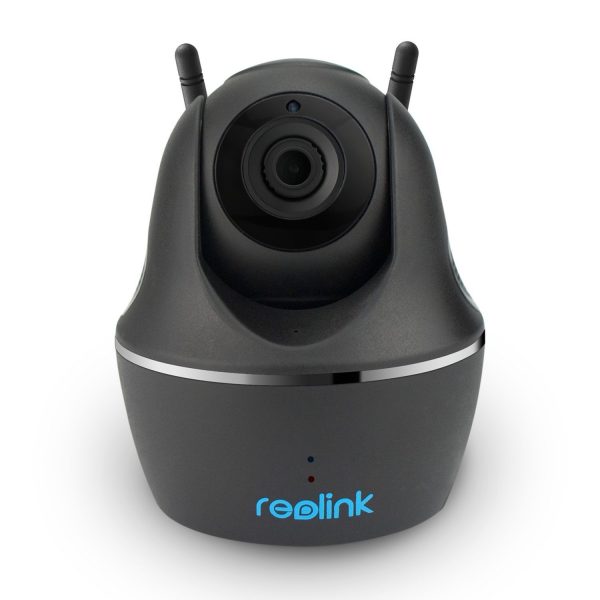 The Reolink Keen is an entry into an already saturated marketplace. Its ability to be truly wireless sets it apart. With a wide angle lens, pan and tilt of 355 degrees and 105 degrees, 4 batteries and a wireless connection, you are good to go! Also included is a PIR sensor which is separate from the device, allowing you to mount it wherever you like.

Reolink Keen – not quite a Russian doll! 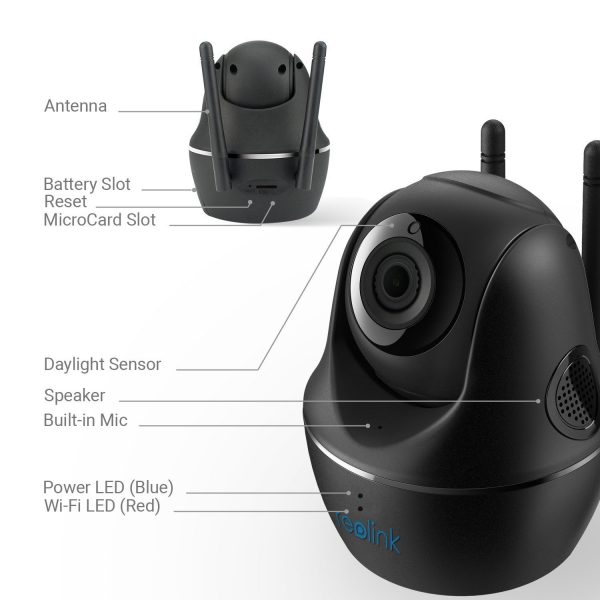 You’d be forgiven to think that this is a high tech Russian Doll. The design definitely seems to be inspired by one.

The rotating/tilting camera sits on a frame which includes the Reolink logo and a couple of LEDs to indicate the status of the device.

Around the main camera are a bunch of sensors as well as a microphone.

The back includes an SD Card slot, a reset button and the antennae.

The batteries slot in through the side, while the bottom has a mounting port. 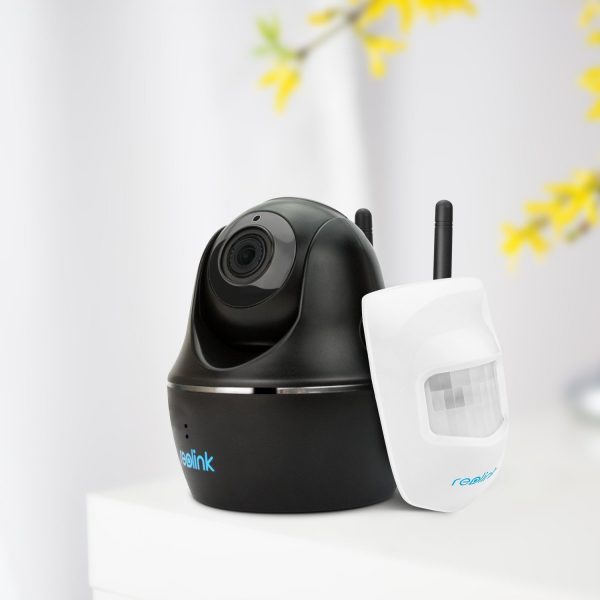 Also included in the box is a PIR sensor, which can be mounted separately from the camera.

Various cameras come with various ways of setting up, but almost all of them involve an app. This one is no different. You start with the app, and then interestingly, QR codes take over. This is probably the most useful QR codes have been since their inception.

You start off by scanning the QR code using your phone, and once your camera is recognised, your phone shows the camera a QR code. Once the dance is done, you are paired.

After that, you can set things up from the app, such as motion detection, triggers, notifications, etc.

The camera relies on you using a mobile app to use it. While Reolink have a desktop client for their cameras, the Keen doesn’t work with it.

As already mentioned, the device comes with a separate PIR sensor. This is both a pro and con. The pro being that you can place the PIR sensor wherever you like. All you need to do is to take out the battery tab in the PIR sensor and you will find that the camera links with it.

After that, you can set it up where you want to monitor movement, and you will get motion trigger events and notifications via the camera.

The con is that if you wanted to move the camera, you have to move the PIR sensor as well. This kind of defeats the portability on offer by the device. Of course, this assumes that you want to mount the PIR sensor somewhere on a wall.

The image captured by the device is reasonably good. The fish eye effect is pretty prominent on the images. 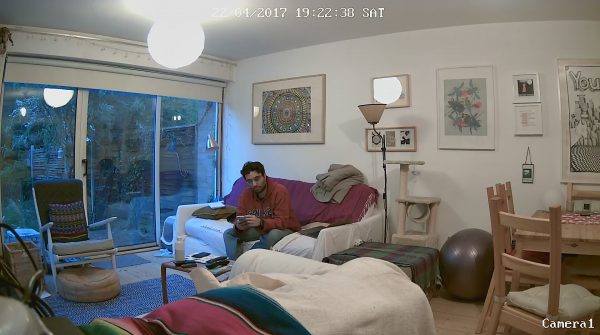 The same image with the lights off shows that this works rather well with Night Vision. 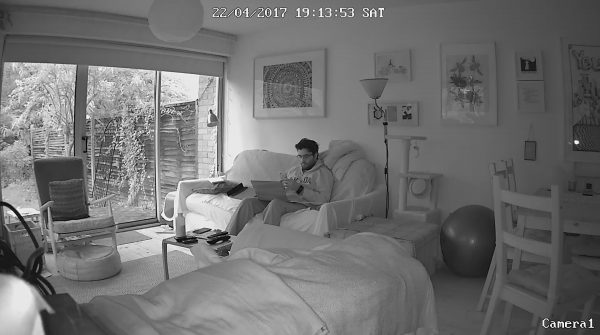 You can see almost all of the detail in the image below. If you look to the right edge, you can see a bright light reflecting. That is the IR LEDs being reflected.

The pan and tilt works rather well, though if you put it in a corner, you pretty much get all the image.

The camera offers around 180 days of standby life. This includes a few good hours of camera usage. I have had this for a few weeks, and the battery life is pretty high, with me using this occasionally to look at various things.

A big issue for me is the fact that it does not come with a way to run it off of mains. A simple port to charge or run it would have been great. Another issue is that CR123A are not really commonly used, so something like 9V, AA or AAA would have been better.

More information on the Reolink Keen can be found on their website.

It retails for around £120 and can be bought via Amazon.

Until the end of May, you can get a 10% discount using the following code: reolink keen-oxgadgets.

To use this discount, buy it directly from Reolink’s website.

The best way to define the Reolink Keen is that it is ‘almost there’. The wireless feature is great, but reliance on batteries and lack of desktop client makes it a little less useful. However, it looks great, works well and comes with a reasonably useful app.

Based on our review, Reolink had the following points to make:

1. The reason why we did not provide desktop software to access Reolink Keen is because we understand some users would forget to shut down the software while accessing the camera on the computer, which will drain the battery rather quickly.
2. Separate PIR sensor would extend battery life as they won’t consume any battery of camera and they work more flexibly in terms of placement.
3. Users can choose to use rechargeable battery after they max out the first batch.

Personally, I am a big fan of companies coming back and letting people know the logic behind their design.
As can be seen, the reason for the interesting design decisions is all based on extending battery life.
Share
Facebook
Twitter
Pinterest
WhatsApp
Linkedin
ReddIt
Email
Previous articleSpotcam Sense – A fully featured camera with free cloud storage
Next articleLeader to Mind-Reader: Facebook Unveils Plans for the Future