Get your kids into coding through gaming! 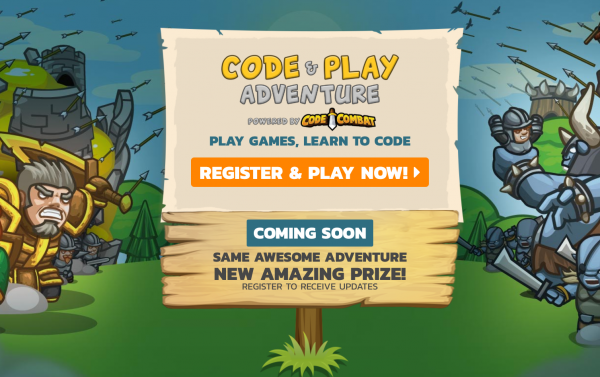 Putting the age wars aside, it is only true that times are changing. While the older generations had to know how to deal with cheque books and hammers, our generation has been working on computers, has put words like MS Office in their CVs, and generally carry computers in our pockets. Of course, things aren’t stopping here. As we get more and more reliant on computers to do things, the need to know how to code is becoming more and more important. Many resources already exist that teach you how to code,  but the best way to learn has always been by making it fun.

Lenovo has started a new initiative through their Lenovo Game State. The idea is simple. You (and more importantly, your kids) play games while learning to code. The idea is simple, and not that different from Scratch. However, with this, instead of just moving a fun creature around the screen and adding music and such like, you actually play a game, with missions, monsters and your own very own hero.

Curious, I thought I’d take it for a spin. So I created my account, logged in, and entered my date of birth. The site actually asks parents to add their DOB, which I think is a good move to save people like me some embarrassment. I mean, it is never too late to learn, right?

So you start off with doing the usual login/register process. Then you choose your language of choice. You can try a few, and I went with Python.

After that, various missions exist, which go through things such as syntax, if/else loops, and once you have mastered that, complex algorithms such as counters, timers and min/max. 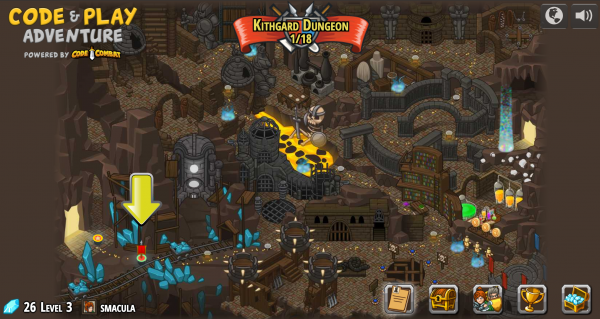 The gameplay is designed to be like any other mission based game, a formula that is all too familiar. At each stage, you unlock the next level and move forward. 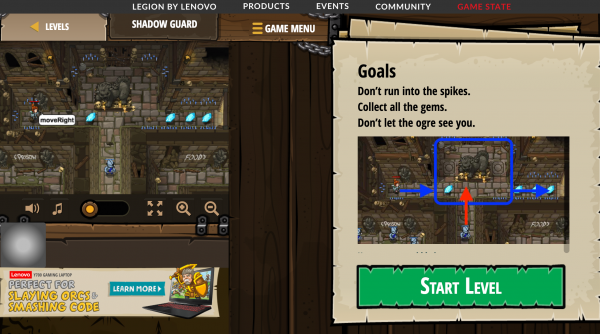 Within each level, you have a certain set of goals. However, instead of moving your hero using arrow keys or function keys, you do the same using code.

So, in the right part of the screen, you enter your code. As can be seen, the methods (or commands, or functions) available to you are already listed. All you have to do is type the command correctly and your hero will follow your bidding.

Once you have completed your code, hit RUN, and the system checks for syntax and success of your code. 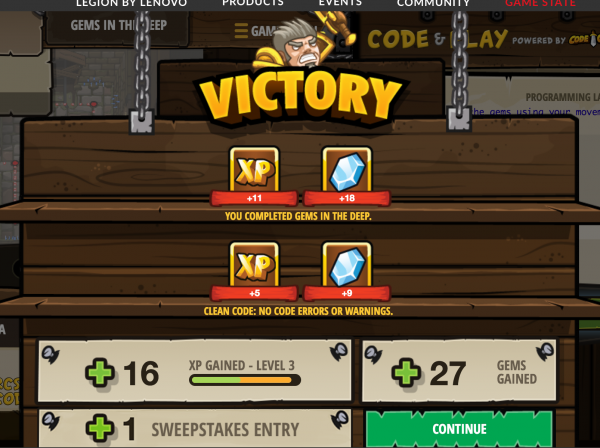 Like any other game, as you progress, you are given various rewards which let you buy things or level up your hero or character.

Hit continue, and you will find the levels getting more and more complex.

Really like how the graphics have been designed to be very engaging, while keeping the challenge easy enough to start with and then a gradual change towards complexity to keep the kids (and me) interested.

All in all, a must try for any parent with young kids, or people who just want to have a taster of what programming is like.

One thought on “Get your kids into coding through gaming!”