A life less ordinary, there is no better way to describe the legacy of the worlds’s first programmer, Ada Lovelace. Ada is possibly most mentioned programming icon of contemporary times. Her claim to fame includes being the legendary poet Lord Byron’s only legitimate issue, and calling literary giant Charles Dickens a friend. She set the precedent for all women interested in careers in technology. There are two days to note down for those wanting to recognise Ada. The first is Ada Lovelace Day that is celebrated every second Tuesday of October and marks the achievements of women in science, technology, engineering, and maths (STEM).  The second is  Ada’s birthday on the 10th of December.   Since this was  Ada’s 201st birthday weekend, we went ahead and selected the year’s top ten cultural references to the original “Geek Queen”. 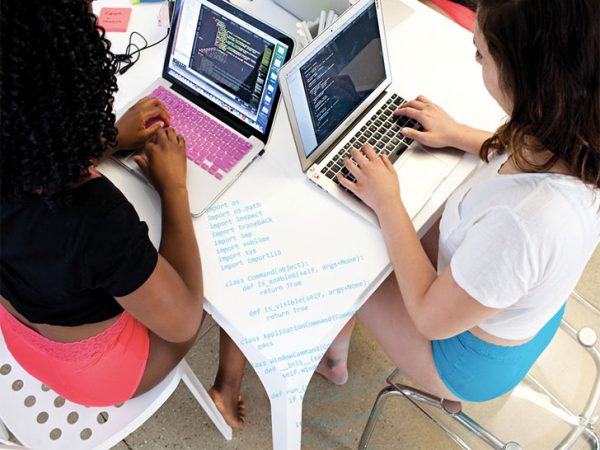 Dear Kate featured tech professionals wearing their new Ada Lovelace lingerie collection in an effort to highlight sexism in tech.  According to CEO and Founder Julie Sygiel, the ad challenges conventions and asserts that women should be respected no matter what they wear.

2. Ada Biopic in the Making

Technology leader, Google and the National Academy of Sciences are footing the budget for the first-ever cinematic portrayal of Ada’s life and times.  The award-winning producer, Debra Hayward, felt that it was the right time to commemorate this misunderstand genius’s contributions to modern society:

“Much like Turing, Ada’s achievements were downplayed and denied. She was a woman out of her time – a computer pioneer with a daredevil streak. We can’t wait to bring this complex and brilliant woman to the screen.”

A software development tools company sponsored the first “Make with Ada” competition this year. Participants used ARM Cortex M or R processors and the secure Ada language on their projects. The winner created an Ethernet Traffic monitoring tool and took home the €5000 prize.

Is there the pitter-patter of little feet in your imminent future? If so, perhaps you will be joining the parents naming their daughters after the multi-talented techie and mathematician, Ada, in 2017.

5. Tune into the Feminist Frequency to educate yourself on all the details of Ada’s life as they concluded their Ordinary Women series with her.

6. Ada made Clinton lose the Election?

Keeping track of the finger-pointing “across the pond” about why US Presidential hopeful Hillary Clinton lost?  According to this journalist in the Daily Beast, an algorithm named “Ada” misguided Clinton’s campaign planners and resulted in the disappointing loss.

“ So did “Ada,” the Clinton algorithm named for Ada Lovelace, the 19th century British noblewoman who did some of the early thinking behind computers.  Every day, Ada spit out not just the status of the arce in every state but which candidates and surrogates should be dispatch  to which counties. Ada – and the aides slavishly devoted to her – was at least partly responsible for Clinton not visiting Wisconsin even once during the fall (U.S. Presidential) campaign.  Both Ada  and Clinton lost there.”

7. Ada as a character in a novel titled “The Unseen World”

Author Liz Moore’s novel ” The Unseen World” pulls the reader into a father-daughter relationship centred around mathematics, philosophy and discovery. 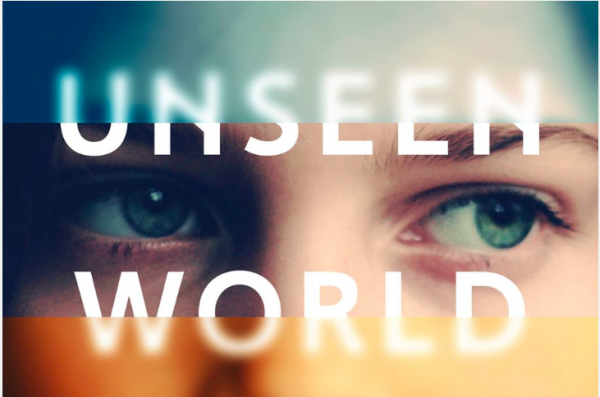 “…The little girl in question is named Ada, after Ada Lovelace, the world’s first computer programmer. Ada’s father, David, is a computer programmer in the 1980s, and he treats Ada as a kind of program herself, homeschooling her and subjecting her to extemporaneous pop quizzes, responding to her answers only with “Correct” or “Wrong.”

8. Ada breaks convention once again as the subject of a Graphic Novel

There is even a graphic novel by Sydney Padua called The Thrilling Adventures of Lovelace and Babbage!

A teenage girl from Stafford wins the European Digital Girl of the Year Award named after Ada Lovelace. Cerys Lock was recognised for her voluntary work at the the local library’s weekly Code Club. The club helps kids understand and apply the basics of programming. Lock also dabbles in Rasberry Pi projects.

As if there were any doubts about Ms. Lovelace’s coolness, there is an award-winning children’s book about her as well!