Buying a VR Headset for Christmas?

You know that the era of virtual reality has arrived when there is an obscene number of freakout videos going viral.

You get the idea. (There is a never-ending list of videos up on Youtube. Just type in ‘VR Freak Out’.)  It is no surprise then that the news predicts a massive jump in the number of VR headsets in British homes this holiday season- from 5% to 10% before the new year! We have put together a gift guide if you decide to venture into a new reality come this December. 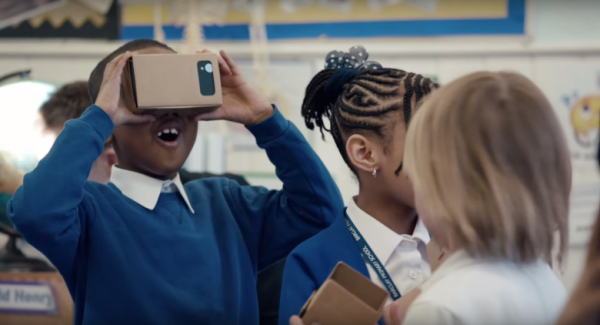 Google has rolled out the quintessential Virtual Reality Starter Kit with the Google Cardboard headset. This is a great option if you want to try out the technology without dropping a lot of cash. Once assembled, the viewer works with any Android phone (4.1+) to give the wearer an elementary experience in virtual reality. 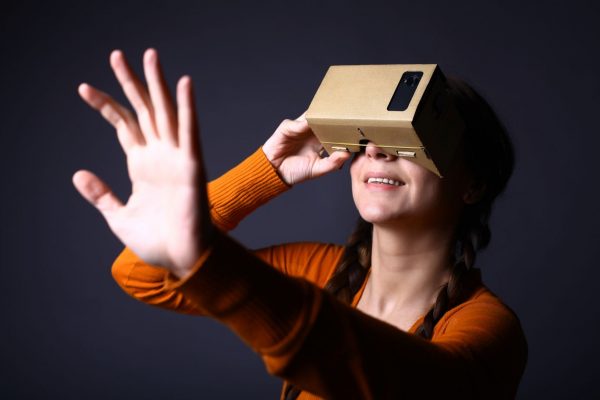 Cardboard has a number of interesting games readily available for both iOS and Android phones:

Orbulus, a free smartphone app, can take you on the tour of Paris at night time or have you experience the surface of the Planet Mars.

Roller Coaster, another free smartphone app that simulates perhaps the most terrifying of all amusement park rides.

If you are willing to get a little crafty and fold your own viewer, this headset is practically free. However, if your are not in the mood to build the headset (there is a small kit that can be purchased), then you can buy it for anywhere from £10 to £15 online.

Google Daydream View just came out in the stores here this month, but how different is it from Cardboard? The design alone is a game-changer, as the viewer is fashioned out of fabric and includes a head-strap. Daydream comes with a Wii-like remote control to play games and navigate menus.  Daydream is compatible with the usual Google fare such as Streetview and Youtube as well as everyone’s favourite, Netflix. The fun collaborations include J.K. Rowling’s Fantastic Beasts and Where to Find Them where spells can be cast in mid-air. 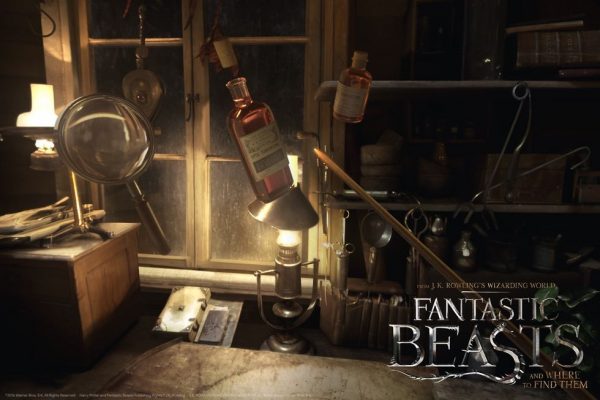 If you plan to get the Daydream, you might want to invest in a pair of wireless headphones as the sound is on the quiet side. Users are limited to Google’s Pixel and Pixel XL smartphones to operate Daydream until 2017. That is when other phones with the Android 7 operating system will be made available on the market.

Keeping Up with the Techies: Oculus Rift

If you want to most popular headset on the block, the Oculus Rift is highly recommended by the who’s who of the Tech World. Facebook bought Oculus VR company for $2 billion last year and  the dev team ramped up production and worked in collaboration with Microsoft for an amazing offering.

The headset comes with a sensor called Constellation that sits on a level-surface like a desk, providing 3-D audio effect  as well as positional  and rotational tracking. Constellation creates the virtual environment to allow the user to walk around freely in a room, while tracking their movements with the USB stationary infrared sensor that detects the IR LEDs emitting from the headset.I’ll just show you a picture. 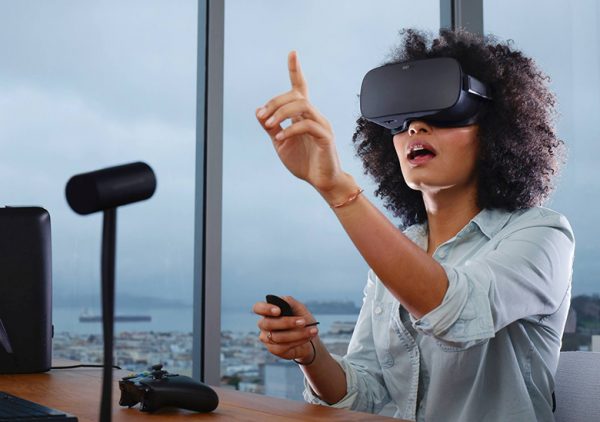 The headset comes with plug-and-play support for Windows 10 users and connects to the computer via USB and DVI ports. The headphones are built-in, yet removable if you prefer to use your own. The Oculus Touch, the native controller for the headset, is now available for pre-order in the United Kingdom for £189.99. The release date is 23rd November. Oculus Rift is a must-buy for the techie-nista in on your Christmas list, as it offers a superior virtual experience with an easy set-up.

Careful though as wearing a virtual headset may make you a bit of a pest at home.  Virtual Reality headset wearers bump into things and other people all the time!