Through the Black Mirror: Season 3 Review

Charlie Brooker’s Black Mirror is back for a third season and it does not disappoint. They have packed six episodes with diverse worlds, each terrifyingly similar to the one we inhabit today. What are the producers trying to warn us about? Has society gone too far in it’s dependency on technology? Sit back, grab a tub of popcorn and read on. 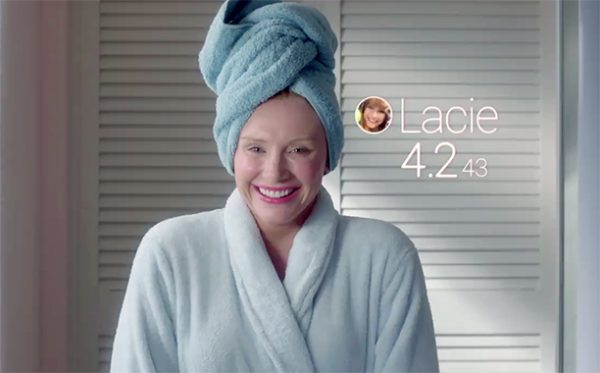 Why is the near future always depicted as retro-chic? The normally inventive producers of Black Mirror stuck with the familiar pastel-retro aesthetic in Episode 1 of the series.  The dings and plonks of social media apps are also familiar, as we see the title character constantly rating others and waiting to be ranked favourably by those around her – in real or virtual life.

“Upvotes” ‘Influencer” ‘Socials’  – these seem like buzzwords fit for a digital media agency. Instead, these are punctuated by a life coach-strategist that Lacey meets in bid to improve her ranking. 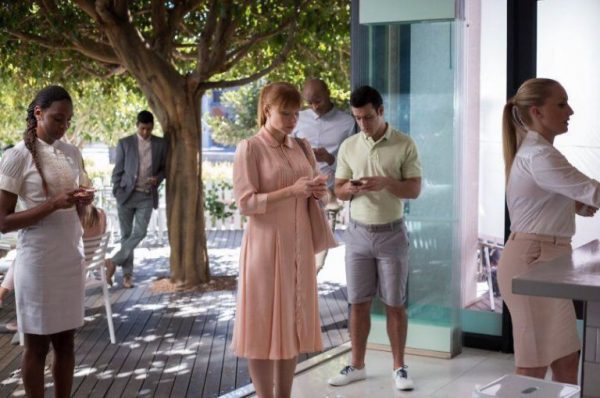 All interactions are manufactured, with the participants anxiously waiting for a positive ranking in turn what looks likes common courtesy – like saying ‘Hello’ to the barista at the local coffee shop.

This episode forces the viewer to evaluate how deeply society has been influenced due to wide spread social media use. The addiction has been intricately woven into lives that it is increasingly difficult to separate ‘staying relevant’ from ‘obsession’.

One thing that is apparent is sheer level of impatience everyone in Lacey’s world has for each other. Either you are serving an immediate purpose or you are not worth acknowledging. This, too, is a painful reminder of classism, as words like ‘Exclusive’ and ‘Premium’ are increasingly used as Lacey gets blocked from access to a good rental car or a seat on a later flight.  Her drop in ranking causes her to lose her cool, and as soon as she breaks from the chirpy script, all hell breaks loose.   She can not afford to be anything less than perfect and even the Uber/Lyft driver down votes her – apparently her phone conversation or her overall personality was annoying for him. 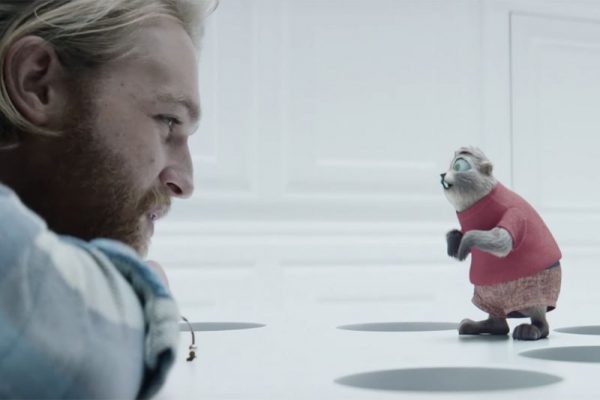 A young man with a backpack strapped on sets out to explore the world. We later discover he is an American who has made his way through Australia, Thailand, India, most of Europe and has ended up in London.  When his Tinder date asks if the purpose of the global adventure was to find himself, he dismisses that and cryptically answers that he was escaping the situation at home.

He runs out of money and shares that news with his Tinder date.  He continues to avoid calls from his mother and looks for work on a conveniently-named ‘Odd Jobs’ app. It turns out to be a call for those who enjoy gaming. He decides to apply for the position at the startup.  The gaming company is wrapped in secrecy to the extent that the office is located in an obscure manor outside of the city.

The adventurer is quickly briefed that the gig involves a minor invasive implant, ‘mushroom’ to test out technology similar to Augmented Reality.  Before they can continue on, the company rep leaves the room and he turns his phone on to send the Tinder date slash journalist a few pictures of the gear. Phone remains on and the representative returns to plug in his ‘mushroom’. He immediately begins to see a whack-a-mole game in front of him and gives feedback to the rep. She suggests he meet the founder and opt for another testing module. He is promised more money as a result.

When he is strapped in for the second time, that is when things really begin to get strange. Black Mirror has you questioning what is real as they explore the layers of computer-brain interface tech.  Are our fears a result of anxiety and paranoia? Or are they our true masters? What happens when the mind and behavioural technology get in close quarters?

Episode 2 – Shut Up and Dance

This episode is the least imaginative of the series, as the victims are paedophiles and adulterers.  An anonymous network of ‘net vigilantes blackmail people who have been caught in their weakest moments. Malware installs into laptops and phone cameras that secretly records the owner. Soon after they get messages that threaten humiliation and a full-scale demolition of their reputations.

The puppet strings are almost visible as the characters run around London frantically, fulfilling one odd task after another. Paranoia, fear of strangers and an ‘holier-than-thou’ morality are central to this story. If there is a time crunch, skip this one. 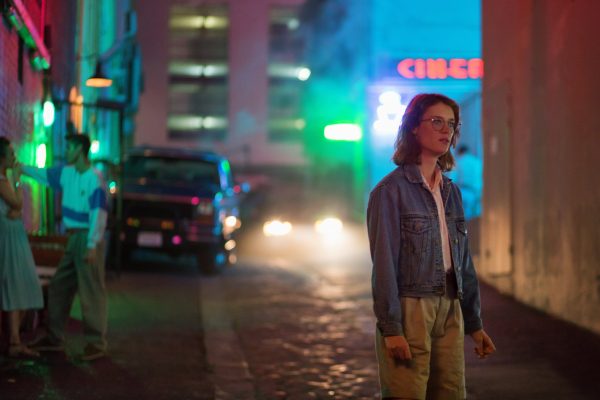 Intelligent application of the age-old concerns about the afterlife, limbo and time, so this episode is a must-see.  The story is ripe with ’80’s nostalgia, complete with a disco scene that has ‘Walk like an Egyptian’ blaring in the background!  Big hair and a bigger mystery begins as we follow a nerdy girl walk into a club slash arcade in the resort town of San Junipero. All the party-goers seem to live for the moment while the new girl is hesitant to try any new experience.  She meets the resident ‘cool girl’ Kelly and that is when the action picks up.

Is this life the only chance we get at pleasure? Are those who believe in the after-life being fools? If you could choose to live in a idyllic situation, forever, would you? If that meant abandoning heaven, hell, and seeing loved ones again? This episode demonstrate what happens if people get a choice to get ‘uploaded to a cloud’ rather than fade into oblivion.

This episode opens with a dream sequence then a rude awakening in some army barracks. The main character, Stripe, hurries as the troops are on the move to catch ‘roaches’.

Some hyper-reality and Augmented Reality devices spotted again, such as wrist-band activated holographic projections which controlled by implants called ‘Mass’. There are surgically-placed contacts that ensure all the images reach the wearer.  We follow the newbie on his first ‘hunting’ expedition. The troops encounter frightened villagers who complain about a ‘roach attack’ that ruined their food stores. Medina, the troop lead, uses a Google Translate type of device that helps her understand what the villagers are saying.  They use a drone-cam to survey an old farmhouse where they suspect the ‘roaches’ are hiding.  Before heading in the troops are reminded that they are to ‘exterminate’ the ‘roaches’ as they have a sickness in their blood that threatens the survival of mankind. By this time you are at edge of your seat, dying to find out who or what these ‘roaches’ really are.

There are zombie-like creatures that attack Stripe and the other officers. He manages to kill two, one quite brutally with multiple knife stabs.  “Us vs. Them”  “Protecting the Bloodline”

What’s the point?  A military program enlists technology to make it easier for soldiers to ‘pull the trigger’. They used the implants to control how the ‘roaches’ appear to the officers. ‘Roaches’ are a group of people singled out by the majority and the implants distort how they look and sound.

Episode 6 – Hated in the Nation

Despite the dismal title, this story ends on a hopeful note. We meet a senior police officer being questioned at a deposition. In the flashback the camera follows a journalist being the centre of public hate, online and in real life.  She is endlessly trolled for her article voicing an unpopular opinion, to the extent that she gets a cake with profanities written on it. Later that evening she is discovered dead. The police are puzzled as it seems that she killed herself.

There are lots of neat tech used in this particular episode: self-driving sports utility vehicle, lights and temp-enabled smart home, and the dubious autonomous drone bees. These bees have been designed to transfer pollen in lieu of real bee population dying out years earlier. An investigative team sets out to solve the mystery and reach the drone bee maker’s headquarters outside of the city.

A hashtag leads unwitting online commentators to nominate a target for immediate death. This cruel experiment claims the lives of an immature blogger who mocked a war memorial and a flashy musician who insulted a young fan on a morning show. The bees are hijacked by a techie who aims to teach the country a deadly lesson about online hate. His manifesto uses phrases like ‘words are weapons’.  The forensics expert tracks the deviant hacker at the end, but not before he triggers the mass execution of over 300,000 online commentators.  This story has strong biblical overtones as the tech-enabled plague eliminates hordes of people with a terrifying swarm of robo-insects.