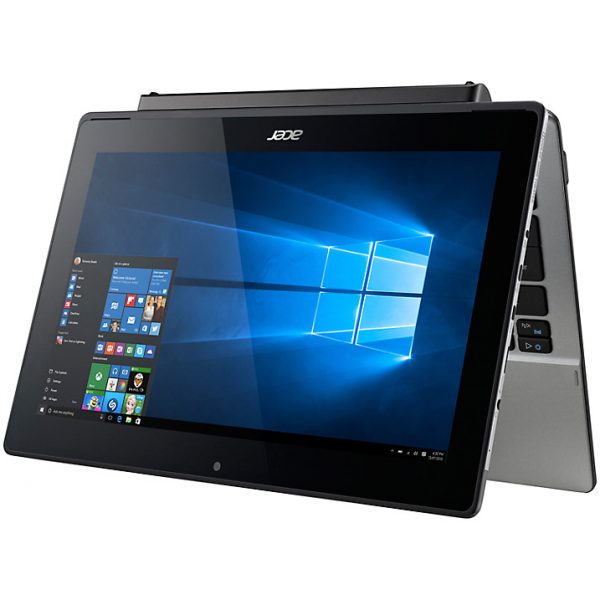 The Acer Aspire Switch series has been providing people with a nice and easy portable way to carry a computer slash tablet with them, and the detachable keyboard means that you only switch to PC mode when you need to. Latest additions in Windows 10 have made this an even more powerful concept, helping the Switch notebooks switch easily between tablet mode and desktop mode. We looked at one of the latest offerings from Acer, the Switch 11 V, which offers the following specs:

Our review model also contained 500GB in the keyboard attachment. 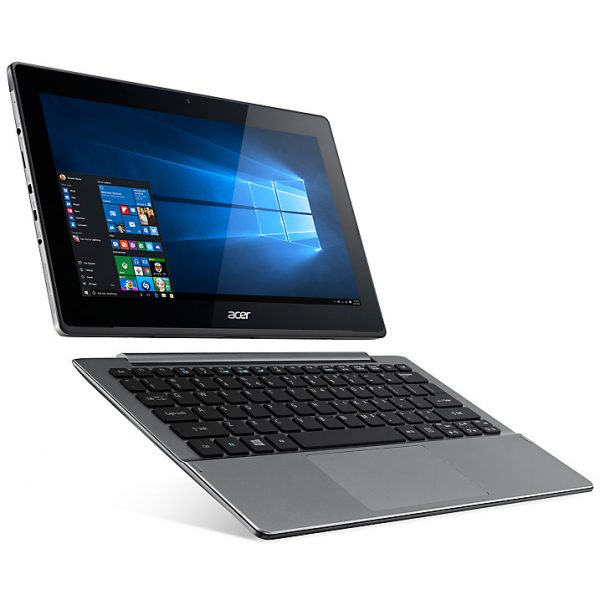 Focusing on just the tablet you obviously have the 11.6″ Full HD screen in front, with the web cam. The bottom of the screen also features two speaker slots which feature the Dolby Home Theatre technology.

The bottom of the tablet features slots for the keyboard to slide into, as well as metallic connectors that stick out to form a bond with the keyboard.

The left features all the ports, which include a 3.5mm port for your headset, a microSD card slot, a micro HDMI port and micro USB port. 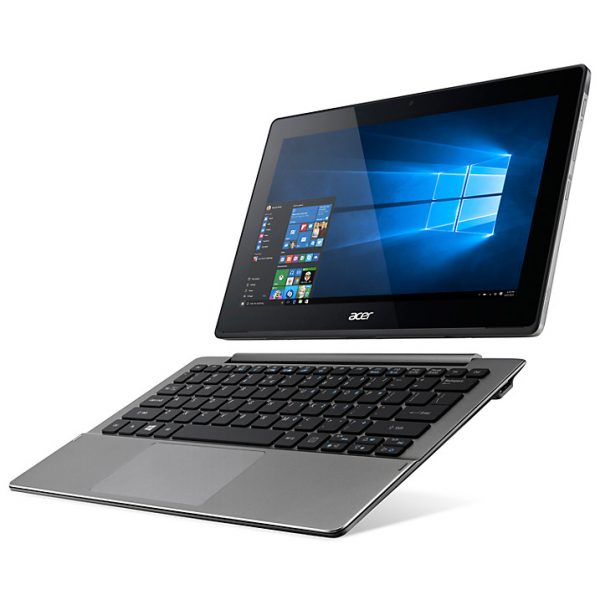 The right side of the tablet features the reset hole, the Windows key, volume buttons and the power button.

The back features a metallic looking back with the Acer logo, though it actually feels like plastic on touch. You also have the rear camera in the top right corner.

The keyboard itself is full sized, i.e. the keys have not been compressed to fit them  in. One of the joys of having an 11.6″ screen rather than 8 or 10 inches.

Bottom of the keys is the track pad.

The right side of the keyboard also features a USB 3.0 port, and if you don’t have an adapter for your tablet, this is pretty much the only way you can access general USB on your device.

The keyboard also has the attachment area for the top which has pairing grooves to go in the slots in the tablet, as well as gold pin connectors to mate with the tablet for communication. 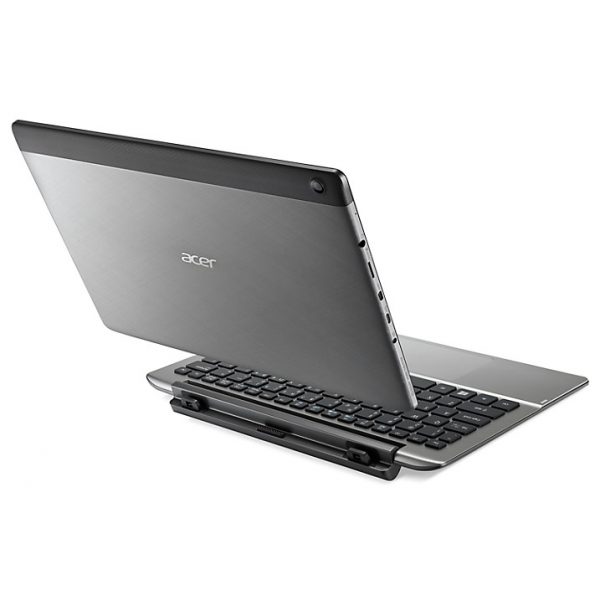 Snapping the tablet into the keyboard and taking it out is rather easy. It isn’t a permanent connection like that found on new devices such as the SurfaceBook, but the connection is good enough that despite a lot of shaking about and trying, it just won’t snap off.

Of course, as you put it in, the system moves between tablet and desktop mode.

The joy is that you can take the tablet off, twist it 180 degrees around, and change it to presentation mode as well. This is particularly useful for meetings and presentations. This is unlike the Yoga devices and similar which allow you to open up the display so far back that it turns back on itself.

Personally I ended up using this mostly in its full desktop mode. It was the one I found the most useful, and having that extra USB slot really adds to the experience.

Our review model came with an extra 500GB hard drive in the keyboard as well. If you get that with your model, this acts like a USB hard drive in addition to your regular hard drive. Of course, if you install software or such items there instead of your main hard drive, your system may struggle if you detach the keyboard.

When docked, it is rather top heavy, as the tablet has the bulk of the weight of the device.

The screen is bright and clearly visible both indoors and outdoors. Having a glossy finish does mean that it is quite reflective, so you may want to avoid sitting with windows or bright light sources behind you. Obviously, adjust the angle a bit and you should be fine.

For a device that is this portable, the Acer Aspire Switch 11 V offers a nice set of specifications. It is not the fastest device, and if you ask it to do too much,  like have a lot of tabs open, try and do some video editing (oh yes, I did), and such like, you can notice a bit of lag. This isn’t a power-horse though, so while you can hit it with the load, don’t expect it to be blazing fast through it.

More importantly though, whatever load I threw at it, it managed and performed. There were no crashes or such like.

In fact, one of my favourite things about this was how well it utilises the speed of Windows 10. If you’re using it for general usage, like browsing and such like, it isn’t any slower than anything else you’d use.

Also, thanks to the latest tech, it didn’t really get much hot while being put under pressure, something a lot of laptops struggle with.

Acer have done their usual packing of software on top of this machine. While some may find it useful, generally I find that in a device with such little hard drive space, every MB is of importance. As such, you can go and uninstall those if you don’t need them. Most of them though, are designed to be useful, offering various things such as back ups, file and photo management, power management, or recovery management. Then you have Avast offering security, Dashlane offering password management, Kindle to give you some reading, McAfee, annoying you to pay it, and some other bits and bobs.

They are useful, but it would be nice to have an option to get an Acer device and choose whether you want the whole suite or not.

The keyboard is probably one of the best features of the Switch series. I like having the option to just attach or detach it as needed. The trackpad is rather good as well, and they both behave and feel good.

Another one of my favourite features with the Acer Switch 11 V. It gives you well over 8 hours as standard, which is extremely useful if you’re out and about and trying to get some work done.

More information on the Acer Aspire Switch 11 can be found on the Acer website. It retails for £400 and can be bought from the likes of John Lewis.