Skip to content
Home » The Next Steps With VR
news

The Next Steps With VR 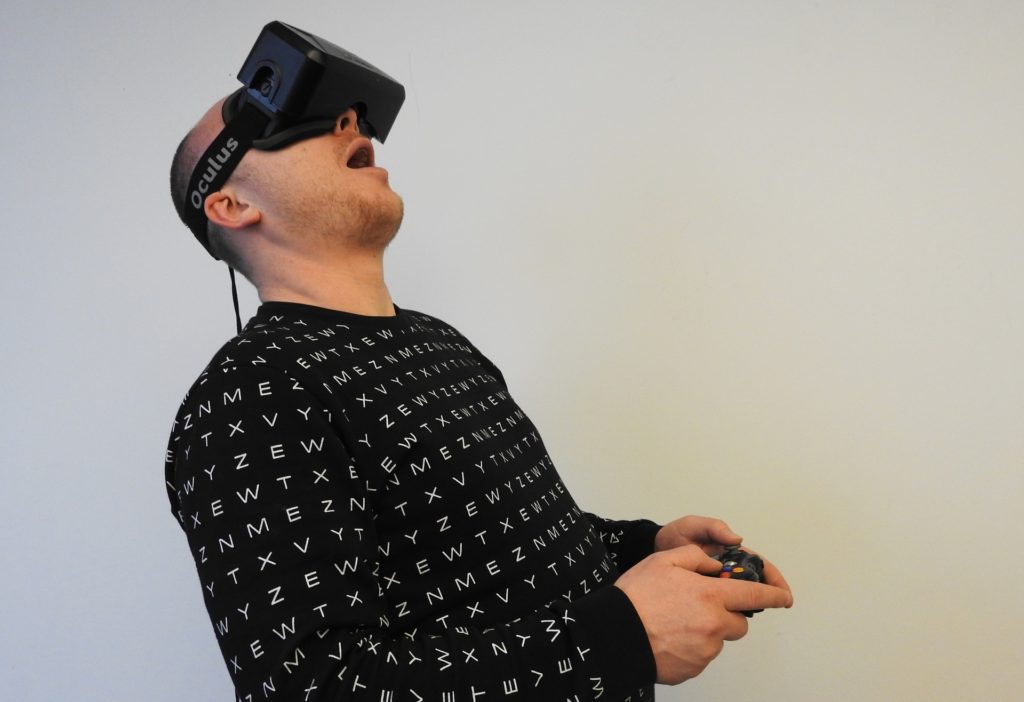 After several years of VR trying and failing to make a foothold in the market, 2016 is the first year in which consumer headsets are making a dent and getting developer’s and the consumer’s interests. The biggest splash comes in the gaming market with the Oculus, HTC Vive and the Sony VR console edging their way into the spotlight, with new and exciting games coming into the fold. The Samsung Gear should not be forgotten as well – though with lower specs, the power is still there. It is a very exciting time to be working within the tech sector, and though many people cannot afford these machines quite yet, it’s been fascinating to follow.

But what interests me in particular is that VR is, quite simply, the next step forward in the way in which we consume the media. I must preface that this article will be more prone to being philosophical than technical, but there are trends which must be marked as fascinating in the progression in the ways we consume entertainment.

Let us start with newspapers. Condensed news and coverage was put in these sheets which transfer relevant information to us, in an assortment of different ways. It was a useful way to let the public know what was happening in the world, and it became a very popular way to pass the time – in fact historically speaking, when we complain that we are on our phones all the time, the same was said when people were reading the papers. But over time, these papers splintered and made new forms of readable entertainment. When pictures were introduced, many of the more traditional papers did not include them as they thought it was unprofessional and a fad. But when many realised that it was another way to pass information, perhaps more efficiently than words, it splintered off and made comic books and red tops which, when finding their audience, grew in great popularity.

What this shows is that the medium is always evolving, but it always evolves in a way which makes sense for the consumer. Every addition makes it easier for the consumer to absorb more information in new and interesting ways, and once capitalised on the audience reacts with enthusiasm and with their wallets. In a sense, this is the heart of the capitalist market and the progression of developing consumer-friendly technology

The same can be said as there was a jump from silent cinema to sound, and from black and white to colour. There was some definite resistances to the change – there is nothing more painful than the growth of a new idea, even among progressive folk within any industry. But at its heart, these changes were made because it gave more information to the viewers, and lent more flexibility to its creators. Instead of silent cinema, there can be new sounds to immerse the viewers more in the industry: gasps, clawing music for horror, the taps of footsteps, and the growls of beasts. What is Godzilla without its trademark roar?

This progression leads us to the dawn of VR, because it is the next evolutionary step of this progression. Over the years we had evolved to use visuals to send our thoughts, and then the use of sounds to complement and enhance them. This is what happened in cinema up to this point, and creators have mastered the art of merging visuals with sound – from horror with the Blair Witch Project, to action with Die Hard. But now VR brings the next step, by granting additional freedom to the user to move their heads and interact with the environment. This is the next natural step of immersion, and it is exciting to see the variety of ways it is being used from video games to museum exhibits.

This is a very exciting time for VR, and the capabilities are there for the medium to dominate over the next five to ten years. With the right software properly applied to make use of its capabilities, there is no doubt that there will be some major titles coming out very soon and sell the systems by the millions. But for me, what I find most fascinating is that VR is the next small step in the ways in which we consume information, the culmination of several hundred years of giving consumers more and more ways to take in information and entertainment.

2 thoughts on “The Next Steps With VR”