In all the excitement that is going on about VR and AR recently, immersive 3D video headsets have taken a back seat in the media lately. However, this doesn’t mean that good work isn’t being done in the department. Vuzix is one such company that has been involved in such experiences, and thanks to them being located in Oxfordshire, we had a little chance to visit their office and get a demo of the iWear. The iWear is a portable 3D headset that allows you to not only plug into your video player, but also in your gaming console, your gaming PC, or thanks to its HDMI connectivity, any mobile phone or tablet that provides video via HDMI output.

Quick Look at the Features and Specs

More notes on Vuzix and the iWear 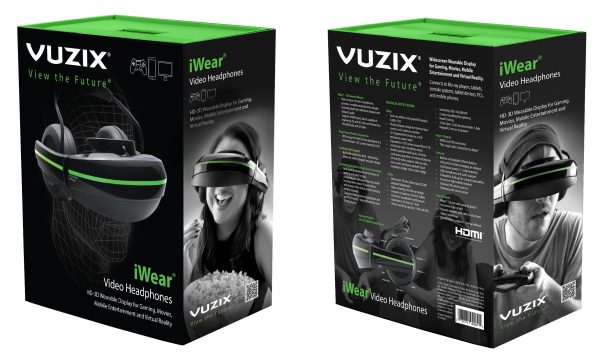 While visiting the office, I had a chat with one of their staff, who filled me in with some of the details about the product as well as the company.

More information on the Vuzix iWear can be found at their website.

It retails for £449.99 and once it is fully released (soon), it should be available on a one week lead time.