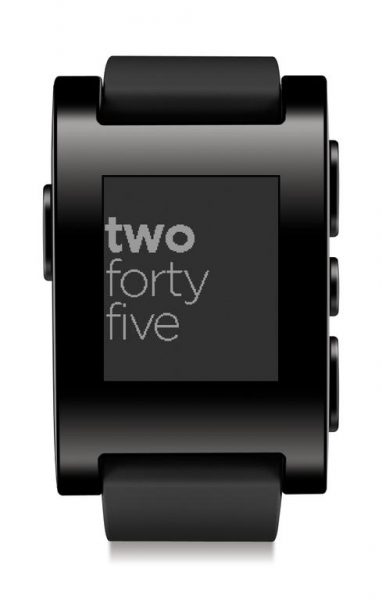 Say what you will about smart watches, there is no doubt that it was Pebble that made that both practical and accessible for the masses. Both Apple and Android are playing catch up, and while Pebble may not be the flashiest smart watch to wear any more, it has definitely lasted the test of time. While newer Pebbles have had OS updates, the original has stuck with what it came with, till now, where it is now about to bring Timeline feature to the original as well.

The best part is, you can sign up as a Beta Tester and try it way before others!

Read on for more information from Pebble:

The Pebble Time Kickstarter project brought more than just color, voice, and ergonomic design to our family of smartwatches. The campaign also introduced a focused and delightful new operating system with Pebble Firmware 3.0. Featuring a timeline interface that easily organized your past, present, and future, 3.0 is all about delivering the best ways to get things done from your wrist.

During the campaign, we promised to bring support for Pebble Time’s 3.0 operating system to the rest of our lineup as well. We’re happy to announce that timeline, unlimited apps, and more are on their way to Pebble Classic and Pebble Steel.

We’re inviting a few Android users to help field test the new firmware now, with the full public release of 3.8 coming soon after. Due to restrictions within the iTunes App Store, we can only extend invitations to beta test Pebble firmware to Android users at this time. Pebblers on iOS will have full access to Firmware 3.8 when it is out of beta and publicly available later this month.

To beta test Firmware 3.8 on Pebble Classic or Pebble Steel (Android Only):

For Pebblers interested in upgrading their watches to the Beta 3.8 firmware, a few key notes:

“I still love to wear my original Kickstarter Pebble. Three years later, not only does it keep on ticking, amazingly, it just keeps getting better.”

Bringing Pebble Time’s 3.0 software to non-Time watches has been one of the most challenging projects we’ve tackled. We’re excited to share the results of that hard work with today’s Beta and upcoming public release. For us, showing full support to the entire Pebble family with continuous updates is time well spent.