Skip to content
Home » Why is your phone like buttered toast? Motorola finds out the science!
Lifestyle news

Why is your phone like buttered toast? Motorola finds out the science!

We’ve all been there. A casual walk, or even sitting or in bed. Just checking what that notification is, or trying to answer that text or email. And then it happens. Your phone slips out of your hand. Everything slows down. You hear a scream in the distance.

But it’s too late. You can only helplessly watch as your phone heads towards the floor, and bam. You look at it, scared, wondering what the damage is. If you’re lucky, your case or a good phone managed to protect you. If not, you have ended up with a smashed screen. Ouch.

Motorola recently introduced the Moto X Force to show off how technology can be used to get rid of these moments in our lives. You can be as careful as you like, but it still happens. You need a phone that smashes floor, not its screen! 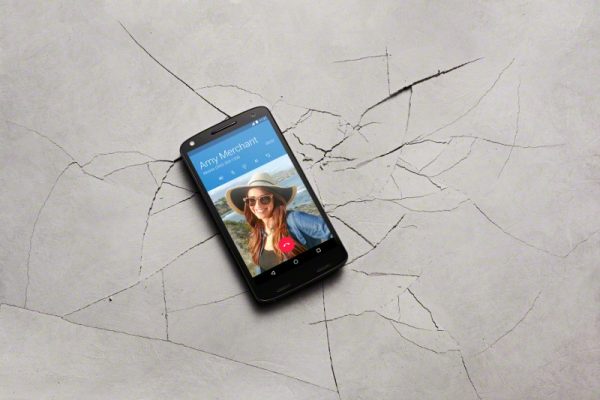 Motorola have conducted a bit of research in the whole phenomenon though, checking what actually causes this to happen. Funnily enough, our phones are more like buttered toast rather than cats. Phone on the back of a cat, anyone?

Here is a video explaining the study.

Anyway, read on to find out more about Motorola’s interesting study:

The Fate of a Phone Drop: Is it Science or is it you?

A ‘smashing’ device for all the wrong reasons; scientific research commissioned by Motorola reveals the role physics plays in your phone landing screen side down

26th November 2015, London – If you consider yourself clumsy, you’ll likely have suffered the pain of dropping your phone face down, to reveal the dreaded shattered screen. You’re in good company because every two seconds a smartphone screen shatters somewhere around the globe. But what’s worse, according to a recent research by Motorola, is that one in three users (29 per cent) in the UK is currently using a device with a cracked or shattered screen.

Most of us consider a cracked screen to be pure bad luck; however science suggests that phones are prone to landing screen side down, which is more likely to damage the screen.  As with the laws of physics causing toast to land butter side down, a similar phenomenon can be applied to your handset.  A theory developed by physicist and Aston University visiting professor, Robert Matthews, explains why it’s not just down to bad luck.

Professor Matthews notes that smartphones are often held loosely in one hand, with the user’s fingers below the phone’s centre of gravity. This makes the phone both more at risk of being dropped, and more likely to pivot about the fingers. Once the phone leaves the hand, it spins at a rate dictated by the various forces acting on the phone (see diagram):

By solving the equations describing these forces, the rate at which the smartphone spins as it falls towards the ground can be estimated using the formula:

L is the length of the smartphone, g is the acceleration due to gravity, p = 2δ/L is the “overhang parameter”,   δ  is the overhang distance, and θ is the angle of the smartphone when it starts its descent.

Applied to smartphones, the formula shows that because they are so sleek and smooth, they’re unlikely to break contact with the fingers before they’ve achieved a high enough spin-rate to attain a safe, screen-up landing. That’s why being clumsy with a smartphone so often results in screen-down landings, reducing the chances of leaving your screen intact.

Professor Robert Matthews commented: “People might think it’s just their bad luck when a fumbled phone lands screen-down and smashes. In fact, physics is to blame, making screen-down landings more likely. It seems we’re all at risk of experiencing this manifestation of Murphy’s Law: “If something can go wrong, chances are it will”.  People who are naturally clumsy and often fumble their phones are clearly particularly at risk”.

Motorola has the answer

To combat the laws of physics and reduce these shattering moments, Motorola has introduced the world’s first ‘clumsy-proof’ phone, featuring Moto ShatterShield™ technology, so even the most accident prone amongst us can avoid the embarrassment of living with a shattered screen.  The Moto X Force display is made of an integrated system of five layers that absorb shock from impact and are guaranteed not to shatter.