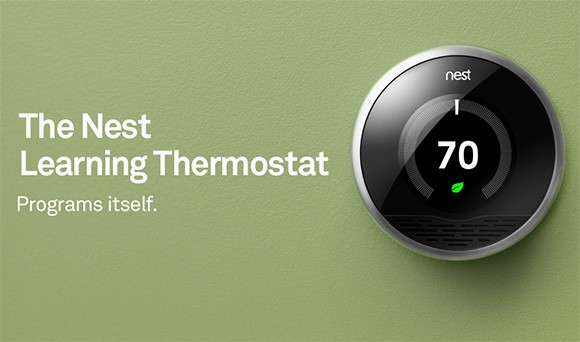 Becoming a homeowner means learning to navigate a lot of unfamiliar waters. Some of it can be stressful and intimidating, but a lot of the newness is exciting. Owning property is a great feeling, giving you security and a place where you can really plant your roots. It also means getting to design and decorate your home inside and out, considering all of the furnishings, styles, and accessories that are available and choosing all the details that will make your humble abode your own.

Smart home tech has been around for several decades, but it’s only recently started to really take off. It seemed more like a gimmick in the beginning; however, the home automation technology on the market today offers real innovation, functionality, and promise for further integration throughout your home in the not-so-distant future. Here are some of the most promising and coolest home automation devices for today’s homeowners.

The Wink platform—developed by Quirky, who also makes the Aros smart air conditioner—is perhaps the front runner of home automation systems. It allows you to interface with and control all your individual smart home technology in a single central location using the Wink Hub and its accompanying app. Additionally, Quirky offers the Wink Relay, which is a wall-mountable touchscreen that serves as a designated main access point where you can control your home automation technology much like the conductor of a symphony. 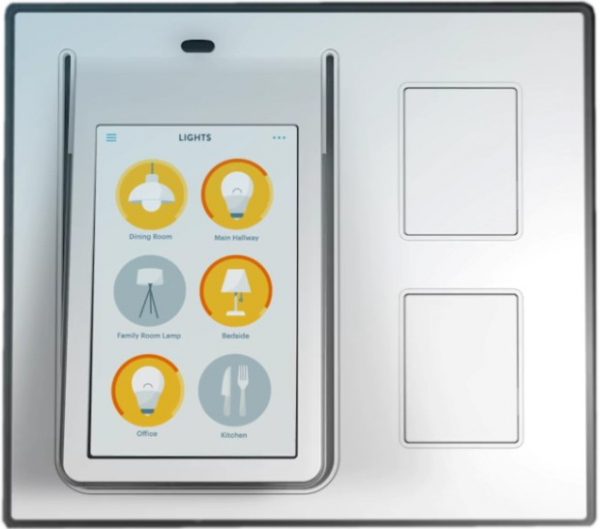 Wink’s high ratings isn’t the only reason for its popularity. Quirky’s Wink platform is compatible with much of the most popular and widely available home automation tech that’s sold today. This makes it a favorite of both individuals who already have several smart home devices and are looking for a way to streamline them, and of individuals who are new to smart home tech and want a platform on which they can build. The Wink Hub is the primary, essential component and is available from many retailers for $49, providing the basis for smart home integration. The Wink Relay touchscreen wall panel is $299 or less from a number of major retailers.

Arguably the superstar of the home automation movement, the Nest Thermostat—brainchild of two former Apple employees and based on the iPod in terms of its design and user interface—is one of the most popular components of home automation, and its reputation is justified. In short, the Nest is an intelligent thermostat that learns from your preferences, your habits, and your daily routine to keep your home your preferred temperature at all times. Replete with sensors and innovative technology, the Nest can sense when you leave and return home, turning itself down in your absence to save energy and, consequently, save you money on your utilities.

It’s hard to say whether the primary goal of Nest is to ensure your home is always the perfect temperature or to make your home more energy efficient because is does both, and does them both very well. Using the accompanying app, you can set a schedule for the Nest as well as access your current and past usage to see exactly how much of a difference the Nest has made in your home’s energy consumption; it’s been estimated that the Nest can pay for itself in utility savings in a year or less. The only draw-back to the Nest Learning Thermostat is its price tag, but it’s slowly coming down in price and can now be purchased for $249 or less from most major retailers.

Security is considered the inspiration for home automation and remains one of many homeowners’ greatest concerns. The Kwikset Kevo is arguable the best smart door lock on the market for several reasons. It has Bluetooth and WiFi connectivity, which allow the Kevo to be controlled via your cellphone’s Bluetooth and the accompanying app. Lock and unlock the deadbolt using either the traditional key, the included key fob, or with your smartphone’s Bluetooth by assigning an electronic key, or eKey, to your phone using the app. 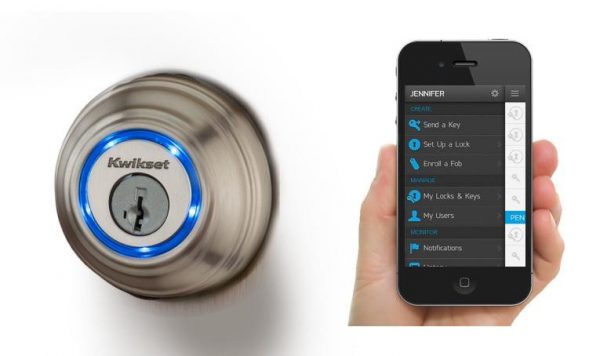 What many are loving about the Kevo is the ability to assign permanent eKeys to residents and temporary eKeys to visitors. Any smartphone with compatible Bluetooth can be used as an eKey; the Kevo sensing when the authorized cellphone is near and unlocks with the touch of the resident or guest’s finger on the deadbolt. Additionally, the Kevo can be locked and unlocked remotely using the app from any location where there’s an internet connection, which means if you leave for work and hours later you realize you’re not sure if you locked the door, you can open the app, check to make sure the door is locked, and lock it if you need to. The Kevo also has NFC to allow it to unlock automatically when it senses you’re approaching. Although it’s one of the most expensive smart deadbolts at $219, the Kwikset Kevo is available from many retailers and is compatible with most smart home platforms like Wink.

Motorcycle theft is a problem, but there is a solution for it provided by Monimoto in their smart tracker for motorcycles. It has recently...
Read more

Motorcycle theft is a problem, but there is a solution for it provided by Monimoto in their smart tracker for motorcycles. It has recently...
Read more
Android

The tough tablet is here by the developers of rugged mobile devices, Toughphone. The Defender TAB 4 is the new entry in a long...
Read more
news

If you’re into sports, having instant access to the latest news, results and fixtures is essential. Whether you track your team’s metrics down to...
Read more
Load more