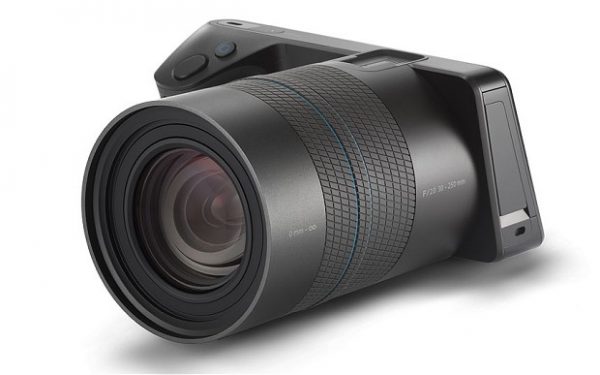 Look at that. Isn’t that just beautiful? Lytro are not quite a household name yet, but they came out with the ‘capture now, focus later’ technology a few years back. While their boxy cameras were nothing special to look at, they had their advantages. Then again, I haven’t quite seen a tourist in London or Oxford bring out one in front of me, and believe you me, there is a lot of camera action that takes place here.

Today, however, Lytro wish to change all that by unveiling the LYTRO ILLUM, a light field camera, as well a software platform designed to go with it. The idea is to provide photographers an interactive window into the captured world, rather than the same old static photographs we are used to.

The idea is to capture the colour, intensity and direction of every light ray flowing into the camera, hence producing a massive amount of visual information. This means that the photographer can recreate sights and scenes on a turly experiential canvas. This promises a way to bring story telling to images. An interesting potential, which can open many doors. It will be interesting to see how this is utilized by photographers with the technology.

“With LYTRO ILLUM, creative pioneers — ranging from artistic amateurs to experienced professionals — will tap into a new wave of graphical storytelling. Now artist and audience alike can share an equally intimate connection with the imagery, and, in a sense, jointly participate in the magic of its creation,” said Lytro CEO Jason Rosenthal. “By combining a novel hardware array with tremendous computational horsepower, this camera opens up unprecedented possibilities to push the boundaries of creativity beyond the limits inherent in digital or film photography.”

It packs in a 40 megarray light field sensor, 8x optical zoom, constant f/2 aperture and a high speed shutter capable of freezing motion under a variety of conditions.

“My photography style pushes me to look for ways to tell a more compelling story with every image. LYTRO ILLUM gave me that ability by incorporating an interactive element that captures different visual touch points at every depth,” said Kyle Thompson, a Chicago-based photographer known for his surreal conceptual style and one of the early users of the camera. “With LYTRO ILLUM, I’ve been able to make a multi-dimensional image with more perspectives to explore.”

“Light Field Photography is following the classic pattern for a transformational concept,” said Lytro founder Dr. Ren Ng. “The original Lytro camera, which launched in 2012, introduced an entirely new era in photography. LYTRO ILLUM will advance this movement to a new level. We are very excited by the potential of this camera to ignite a photography revolution on the magnitude of the transformation from film to digital.”

Coming with LYTRO ILLUM is proprietary software that allows users to view images in 3D, build custom animations, export images and share on web. They also work with existing suits like Photoshop and Lightroom.

However, if you pre-order, you can bag one of these for $1499, and that includes a lot of other features, including a chance to win loads of perks. Visit the website for more!