A Quick Guide to Waterproof Smartphones and IP ratings 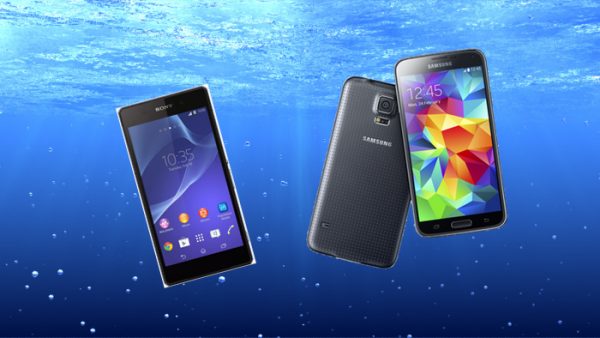 With Samsung’s recent announcement of the Galaxy S5 and Sony’s announcement of the new Xperia Z2, waterproof-ability of smartphones is beginning to show up a little more on people’s radars than it did before. A waterproof smartphone is certainly not a new idea. For example, Sony brought out the original Xperia Z back in February 2013. Even Samsung themselves brought out a waterproof version of the Galaxy S4, called the Galaxy S4 Active, towards the end of last year.

Now that waterproofing is becoming more of a common feature, we felt it best to write a quick post to explain a little more about it. There are, after all, different levels of waterproofing. Furthermore, if you do “take the plunge” (I’d like to say no pun intended, but that would be lying), then you will want to know exactly what you can and can’t do safely without worrying about damaging your phone. 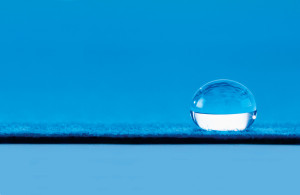 The most common method to make electronic devices waterproof at the moment is to nanocoat the product with an ultrathin polymer layer that acts as a hydrophobic barrier. The coating is around a thousand times thinner than a human hair, so you cannot notice it, and it doesn’t change the look or feel of a device. There are a number of companies who are researching and providing the liquid repelling nanocoating solutions to the big phone manufacturers. We even have one in our own back yard – a company called P2i who are based in Abingdon.

Of course, this will protect the outsides, and maybe the insides of any ports etc, but in order to provide more robust protection for the insides, waterproof phones are often provided with caps, or rubber seals over any headphone sockets, charger sockets etc.

If you have been checking out waterproof phones and are particularly eagle-eyed, then you have seen something called “IP Ratings” being banded about. IP Rating stands for Ingress Protection Rating, and it is an International Standard which provides an indication of the degree of protection offered by the phone.

So let’s take the new Samsung Galaxy S5 for example. Samsung say that the S5 has an IP Rating of  IP67. That means it has the highest level of protection against dust ingress, and scores a 7 out of 8 for water ingress. A score of 7 out of 8 for water ingress protection means it can cope with being fully immersed up to a depth of 1m for 30 minutes.

The critical information to remember when looking at waterproof smartphones is that a water ingress rating of 5 or 6 means the device is not protected against immersion but could cope with being taken into a shower, whereas a rating of 7 or 8 provides that all-important protection against full immersion.

For their Xperia range, sony use two IP rating codes to show that they protect against low pressure jets of water (IP55) as well as against immersion (IP58). 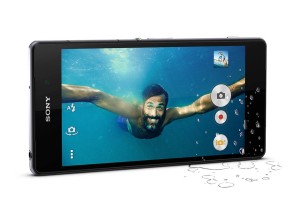 So what waterproof smartphones are available?

In the UK the choice is still somewhat limited. The only major players in the smartphone manufacturing market that have waterproof phones available to buy in the UK are Samsung and Sony. HTC have a waterproof smartphone called the Butterfly, but unfortunately this is not available in the UK.

There are plenty of other smaller manufacturers that are making waterproof phones, such as Kyocera’s Hydro range of smartphones, or the (somewhat modestly named) Verykool RS90, but sadly none are available to buy in the UK. Of course there are some big names missing from the list, such as Nokia and Apple, and only time will tell as to whether they decide to include waterproof models in their ranges.  Anyone who has inadvertently dropped their iPhone down the loo would welcome this I am sure!

[toggle title=”Click here to see a table of waterproof smartphones, along with the IP rating, that are available to buy in the UK”]