Swann are a well known name when it comes to producing cameras and video recorders. Normally we look at their products that are employed in security, but today we are actually looking at a product that can be used to do almost the exact opposite, as in be used to take sneaky pictures as well as videos!

So, what is it? Exactly what it looks like.

All you need to do to capture videos is push the simple button on top.

And of course, it is a stylish pen as well. They have also included 3 extra ink refills for your pen.

As is obvious, this looks and feels much like a regular pen.

It is a bit wider than a usual pen, but it also packs in a USB stick (4GB). It feels solid in your hand.

Right above the clip is a pinhole which includes the camera.

On the back are two holes, one that shows an LED which displays the mode you’re in, and another provides a hole in microphone.

The bottom allows you to twist it so that the retractable pen can come out, or go in.

The top can be twisted off to reveal a USB, and above it is a little rocker switch to choose between video and image recording mode.

The USB is also used to charge the camera.

The LED on the back will give you feedback when the unit it recording, or taking a photo. It does blink or is on when the unit is out of standby mode.

It does go into standby mode when it is not used for more than 45 minutes.

The unit is quite easy to use. A simple press of the button can be used to turn the unit on, and the LEDs will give you feedback.

In video mode, a simple press will turn on record mode, and a press again will turn it off.

In image/photography mode, a simple press takes a photo.

Once you have taken your videos or photos, the USB part can be twisted off, and inserted in your computer to get the images/videos off.

You’d probably be okay with any image quality you get with it, but we have the following as a sample: 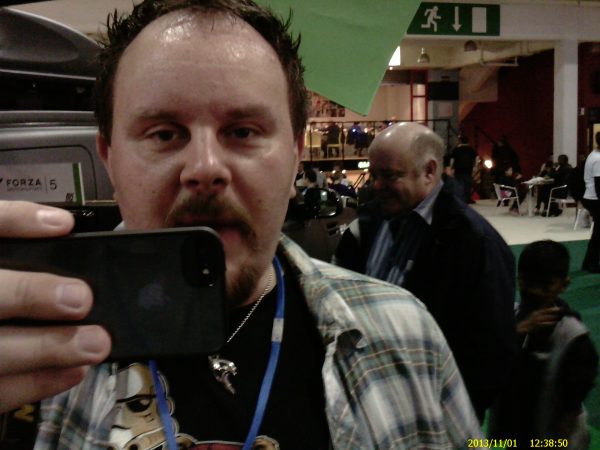 As you can see, it is fairly reasonable, for the purpose.

Obviously, it is a bit difficult to keep the camera still if it is in your pocket when you press the button. So quite a few of our images turned out blurry.

In fact that is where having a video is better, because movement is more forgivable.

Obviously, the video is also used for audio recordings.

One thing I must mention is that the LEDs are actually bright enough for people to notice, so it isn’t as stealthy as you may wish it to be.

The Swann HD PenCam is available at RRP £39.99 from Costco.

A handy clever little tool, which is easier to carry and use than most mobile cameras. It delivers what it promises, and is quite handy.

WE MUST MENTION that you must obtain permission from people before taking their videos, audios or photographs.