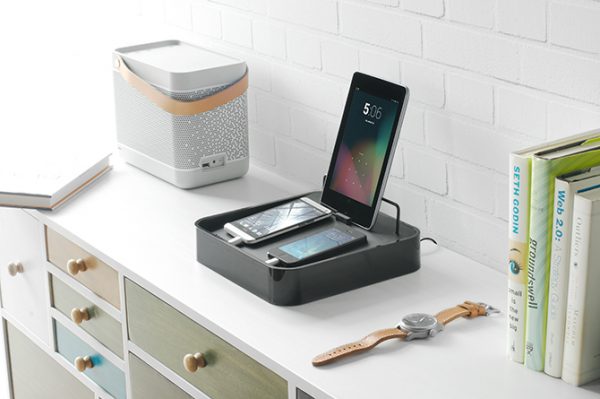 Sometime before, we brought you the news that BlueLounge have announced the Sanctuary 4  not only charges up to four devices, but also does it while tidying up your desk, and looking good.

They have just sent us one, and we were fairly impressed with what we got.

The device is the size of a slightly wide iPad, which means that it doesn’t take much room on your desk. At the back is a small port to allow you to pass your power cable (in the box) to power the device. Inside, you’ll find something that looks like a USB hub, and the principle is as simple as that. Just connect your devices via USB cables to the ‘hub’, and pass them through the little openings around the device, and you’re good to go. 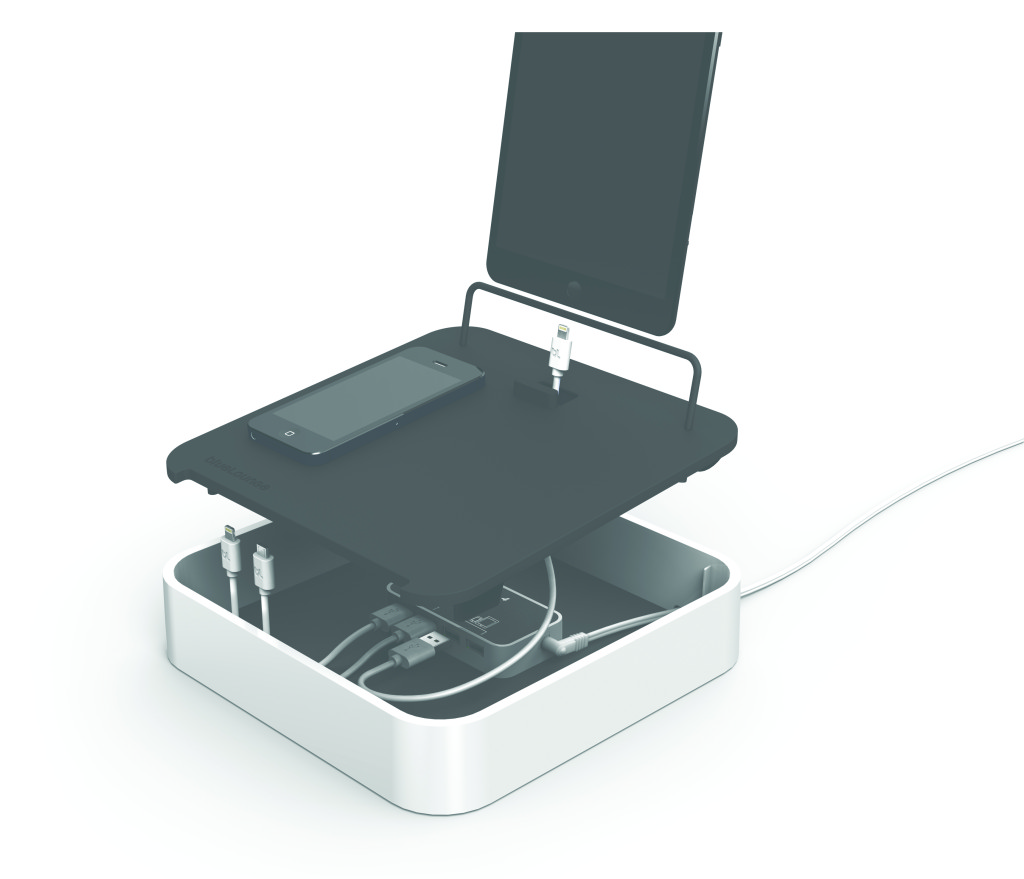 The hub allows you four outputs, two of them allow tablet charging (2.1A), and two only go up to 1A, allowing smart phone charging.

There is also a little stand to allow you to perch your tablet in a standing position, so not only is it charging, you can actually make it useful as well.

BlueLounge have also thrown a microUSB to USB cable so you are good to go with almost any device you may have, unless it is an Apple device.

This can be  bought from various online retailers, like Amazon, and it retails for £89.99. It comes in both black and white:

So, what do I think of this? It looks good, is convenient, and has plenty of ways to use it. Of course, you can also leave items like keys, coins, and other items on this, making it a table tidy too. It may be a bit expensive, but if you find 4 chargers with tablet charging abilities, you’ll find for something so well designed, the price isn’t bad at all.