The new Nexus 7, available in the UK from Google Play 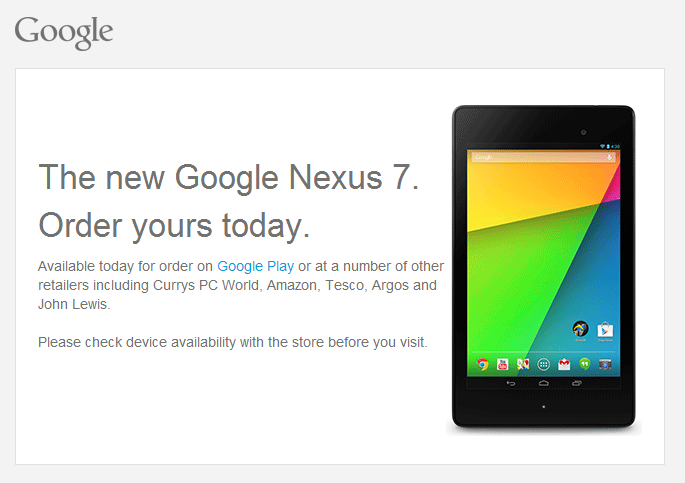 A little birdy has just told us via email that the new Google Nexus 7 is now available via the Google Play store. It can be found at the following link:

These prices match the ones found on Currys PC World, who announced that they will be selling this within days of the announcement.

However, the page does say that it will dispatch with a couple of days, so you might be in a chance of getting this before the boys from Currys deliver it to you.

Have you ordered one yet? Will you be getting one? Or are the multi-touch screen issues putting you off as of now?