I’ve been using the Vodafone Smart III for a little over a week now, and below is my full review, but the short version is that if you have a budget of less than £100, or are looking to dip your toe into the smartphone market, this phone may be the one for you.

The Smart III certainly does not feel like a budget smartphone.  Although it is made of plastic, it feels solid and well made.  I really like the options for customisation like putting a photo in the back. The fact that the back is very dark plastic spoils this in practice somewhat.  The phone itself has a 1Ghz processor and 2 GB of RAM, which runs Android 4.1 well, but  it did slow down considerably when I tried to use the web browser or anything not from the standard app list 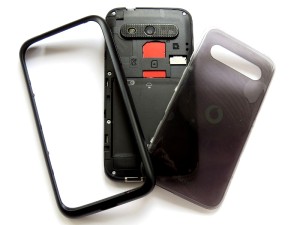 The 4 inch display is 800 x 480 pixels. When sat next to a high end smartphone, the lack of definition becomes apparent, especially when watching movies .  The screen is, however, very clear and bright, and even in direct sunlight icons and widgets show up well.

The phone runs Android 4.1 Jelly Bean, which was the point where Android changed from playing catch up with Apple’s iOS and started to be a clear improvement on it in parts.  Apart from the inclusion of widgets and grouping icons, I really like the lock screen (flick right to unlock, left for the camera).  Even with the reduced processing power, the operating system flows smoothly and the apps and widgets such as calendar, contacts and messaging act without lag.  When I tried to run the music app and something else the slower processor became apparent. Also, using the browser is a slow process.  The advantage of apps is they can preload content so the lack of processing power is not apparent and that is used to full effect on this phone, so if you stick to using apps you won’t feel too restricted at all.

The camera is 5MP, at the low end of standard. Its pictures are okay in a good light, but nothing special. I can’t really complain, but I would have hoped 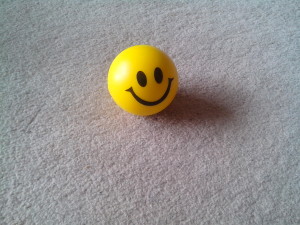 for a little more. There is no front camera so Skyping and Google Hangouts are trickier. You can shoot 720p footage which looks reasonable, certainly good enough to shoot some footage of your mate falling over and putting it up on Youtube.

I’m willing to put up with poor reception on top end smartphones, as I honestly don’t use it that often, but in a budget phone it’s much more important, and thankfully this is an area the Smart III really delivers. It gets a full signal in areas I’ve previously found spotty and the calls come through loud and clear.

I had hoped with the smaller screen and low powered processor that I would manage to hit the 2 day recharge mark. This was always going to be a stretch and the little 1500 mAh didn’t help  so my search continues.  It easily managed to run for a standard day though, and I used it fairly heavily; much more than the average user, I suspect.

For a less than £90 this is a really good phone Android 4.1 is a lovely operating system.  This phone would be ideal for someone new to smartphones or as a first phone for a child.  Any problems I have with it are due to me unfairly holding it up to the standards of much more expensive phones