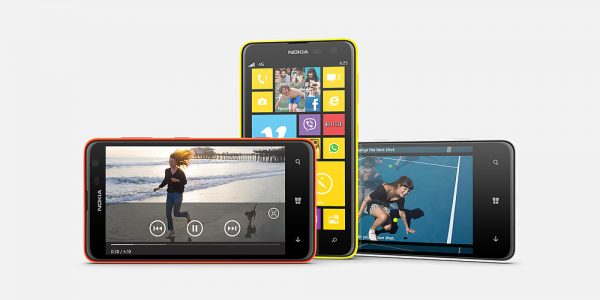 Nokia promised us a phablet for today, and while they haven’t quite delivered, they have given us the biggest screen so far on a Lumia device in the form of a 4.7″ super touch sensitive screen. What impresses even more is that this device is priced at €220, and packs in 4G connectivity. Featuring Windows Phone 8, it packs in everything we have come to expect from the Nokia and Windows Phone 8 partnership, including Office, as well as Nokia apps such as Nokia Drive.

While the camera is only 5MP (we would not have put the words ONLY and 5MP together a couple of years back), it comes with a host of apps that can be found on devices like the Lumia 1020.

“With our largest smartphone screen to date, the Nokia Lumia 625 is a perfect example of how Nokia is delivering leading smartphone innovation and experiences at every price point,” said Jo Harlow, executive vice president, Nokia Smart Devices.

While this phone is not a game changer, we definitely love the price point, the screen size, and the host of features it packs in at a very decent price. While this take on the world? Only time will tell!

And as Purav (comment below) mentioned, it comes in a host array of colours, not to mention: ORANGE!!!!

More about the phone: http://www.nokia.com/gb-en/phones/phone/lumia625/

One thought on “Nokia announce the Lumia 625”