HTC ONE Mini Vs HTC ONE – A comparison 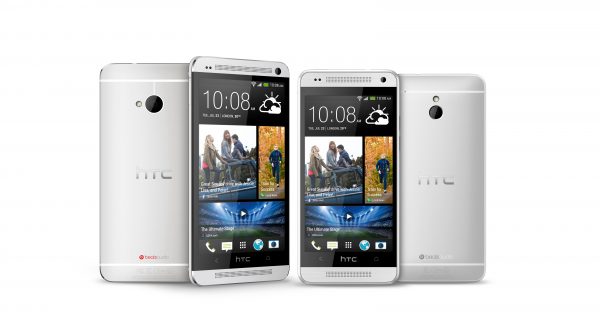 Today, with the announcement of the HTC ONE Mini, we have a look at how well this phone compares to its big brother HTC ONE. Before I go into the details, the beauty is that this phone is a very good phone on its own, and is better than most mid-range phones out there. Having said that, we do not have pricing details yet, so we really cannot comment on how good or bad it is as far as value goes.

Lighter, thinner, and smaller than the HTC ONE, but at a cost. The screen is smaller at 4.3″ compared to the 4.7″ on the HTC ONE.

The all metal body has been replaced by a plastic surround on the outer edge, but a similar front.

The size is not the only thing that is smaller on the ONE MINI. The resolution has gone down to 720p, and it gives you a 341ppi. While this is lower than that of the HTC ONE, it still promises the same quality of colour, as well as brightness.

When I tried the HTC ONE, I was very impressed by the Ultrapixel camera that it packed in. The results were great, and features such as Zoe were fun to have. The HTC ONE Mini packs in the exact same camera, with the exact same sensor. So is it the same? No. They have missed out the Optical Image Stabilization, which is quite an important and impressive feature. Having said that, everything else is pretty much the same.

The front camera has a smaller MP rating, but assuming you use it for video chats, it really shouldn’t cause any worries.

Another area where this phone is lower than its big brother is the processor, and the storage available. Once again, though, the specs available are still impressive.

This sadly, lacks the IR transmitter/receiver. This was quite a good feature on the HTC ONE, and the software worked a lot better than what I have found on the Galaxy S4. While one may not miss this, it was a handy feature.

While there are many differences, some of the key features of the HTC ONE already exist on the HTC ONE Mini:

The phone will feel a bit better in your hand, being smaller, and still offers most of the oomph that the HTC ONE brings with it. If you like to use your phone as an everyday device, this is probably the one to go for, but if you are making videos, running and taking pictures, or play intensive games, you might want to look at the big brother!