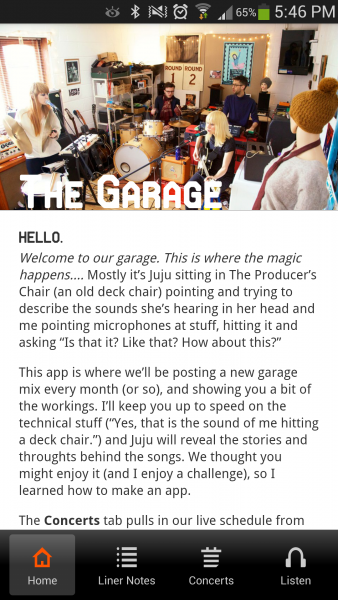 So, anybody who knows me, or follows the Oxford music scene is well aware of Candy Says (who were Little Fish in their previous incarnation), and the magical music they bring us. The brilliance of the band does not stop at their music though, they continue to amaze us in other forms, such as by producing a book, a cassette, and many other things. Their latest offering is an app, which not only provides you with information about the band, such as concerts, but also provides liner notes for all their songs. This includes a slow release of songs, one by one, with a promised time slot for further releases.

The app itself is available on iOS, and as of today, on Android, and here I am with the review! When you open the app, you’re taken straight to The Garage (above), which describes the app, and assumes you are already familiar with the band. Mind you, if you do not follow them, this is a good way to get acquainted with them! 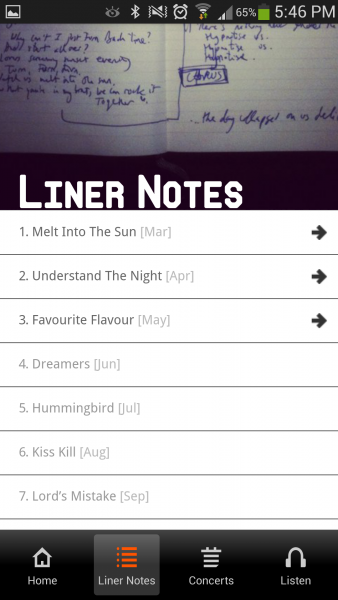 The next tab is called Liner Notes, where you can listen to tracks on their own, read a description, get a history of where the song came from, how the music was recorded, and if it has a video, even images from the story board. Truly an awesome resource for any fan! 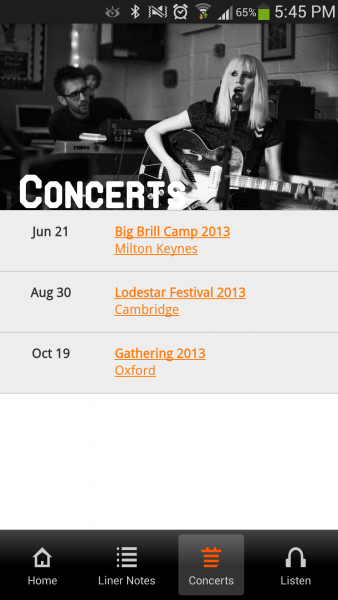 Next up is a list of their concerts, a constantly updating tab I hope! 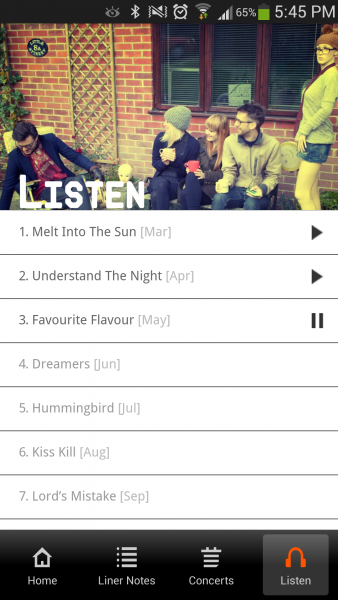 Followed by your own collection of Candy Says songs! The Listen tab allows you to listen to all the songs available (three so far), and the best part is that they work offline as well. So you don’t need to be online to actually listen to them. A good touch. A clever touch.

Lastly, this is probably my favourite bit from the app, the ‘TEDDY’, from Understand the Night’s Liner Notes: 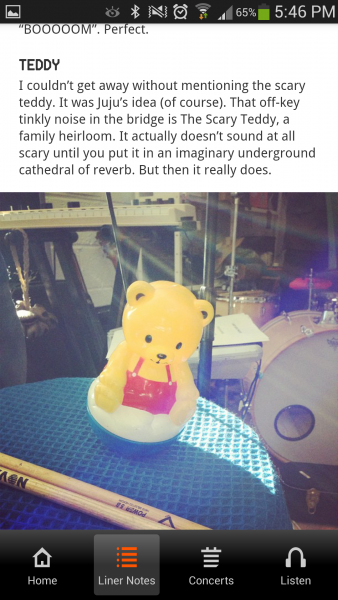 So, my thoughts? I do not follow many bands as fondly as I have been following (and loving) Candy Says’ work and music. This app is just another addition to an amazing array of love their followers and fans get from them.

The app is available on both iTunes as well as Android Play Store for free: