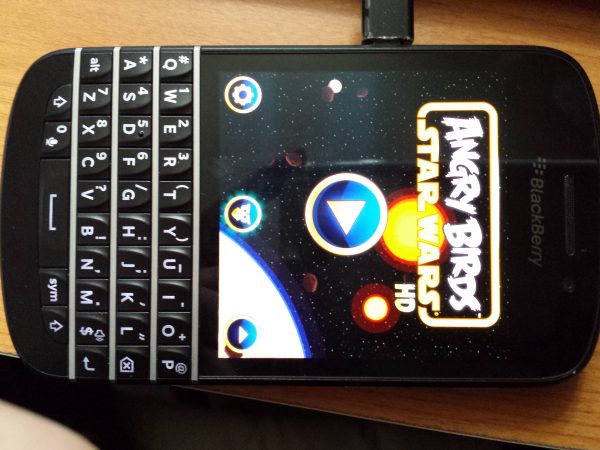 The subject of playing games on BlackBerry devices has never really been approached properly. The main reason is that the main users of BlackBerry are divided into two. The original BlackBerry adopters, who use them to do nothing but send emails, use BBM, and use these devices as an awesome communication device. Then there are the new users of BlackBerry, who are going in with the Z10, the Q10, moving from their iPhones, Androids, and Windows Phones. They are used to a bit more ‘smart’ from their smartphone. They are used to a bit more apps on their smartphone.

Regardless of what group you fall in, if the capacity is there, or the apps exist, they need to be tried and tested. Personally, I am a big fan of gaming on Androids (most of all), so definitely wanted to see what it would be like on a BlackBerry. Now while the Z10, which we reviewed sometime back has the same layout as most touch screens these days, the Q10 is quite different, as it has a square screen, and gives us screen space to cater for the QWERTY keyboard, which, as I have already said before, is one of the best features of the phone.

So lets just get on with it. How does it play? As much as I love the phone, I think it is probably not designed with extreme gaming in mind. While games like Angry Birds work quite well on this, you probably won’t be downloading Need For Speed and the likes on this. The screen has a 720 x 720 pixel layout on it, and that is not what you normally get on most phones. A lot of games also have to adapt to the square layout of this phone, which is unlike the almost wide screen layout offered by most. While I found Angry Birds Star Wars works quite well, it does feel a bit weird. Having said that, if this is the only device you’ll play those games on, you won’t notice any difference. Also, I have to admit, it is not like the games are running slow or anything.

So yeah, my verdict? Yeah, the BlackBerry is a great device, but if games are on your top list of apps, you probably want to investigate a bit further before you go and get one.

To find out more about the Blackberry Q10, and buying information, visit the following link: