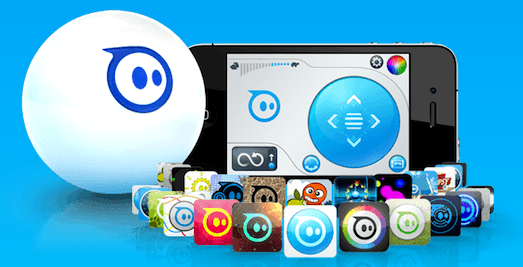 Following our original impressions post on Sphero, we are here to give you a full review of what we think of this Smartphone toy. You can read our first impressions here:

So what is it?

If it looks like a ball, feels like a ball, it is a ball… right? Wrong! Sphero is so much more. Somehow this magical ball is fitted with motors, LED lights, and a rechargeable battery inside. Weighing at under 200gm, this ball is packed full of wonders. It is sold as a new smartphone gaming system, where not only can this be controlled with your phone using Bluetooth, it also lends itself to augmented reality gaming. It can even be used as a controller for other games. So, basically, it gives you a three in one functionality.

Rechargeable, you say? How does it charge?

Induction charging, much like your toothbrush, and now all the new smartphones. It takes about 3 hours of charge to run about 1 hour of this, which may not seem like a lot, but it actually worked quite well as we tried it. A bucket charger lets the ball sit in and blinks as it charges. Once fully charged, this light is solid blue.

How do I control it?

It pairs with your Android and Apple device (both phones and tablets) using Bluetooth. This gives it a range of around 10m, and that is plenty! The pairing is as straight forward as you’d expect. Once paired, you can use the Sphero app to control how it moves, and the colours it shows. This is what our initial post was based on.

Android and Apple? What about my Windows Phone? And that Blackberry I am thinking of buying?

Unfortunately it doesn’t work on those systems. Yet! They have promised them coming. There is even an unofficial app for WP8, but we’re not quite going there yet.

So, gaming… what games are there?

The following link actually gives you a list of all the apps available:

Sadly, there is a lot more available for Apple devices than there is for Android. However, since we are using an Android phone to test this, we stuck with what was available for us under Android. Mind you, the list is by no means unimpressive, and plenty of hours of fun have been had!

An example is the Sphero ColorGrab app.It flashes different colours, and you have to pick it up at the right colour. Play alone or with friends. As simple as this sounds, it is actually a bundle of laughs! 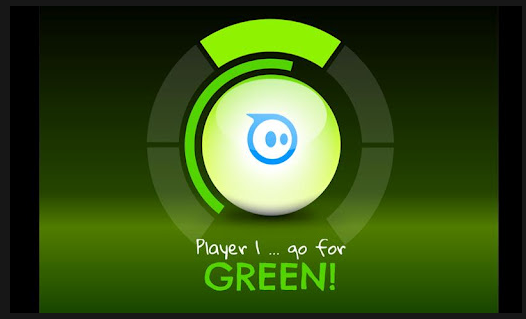 I think probably the best one I came across was MacroLab by the Sphero Team. Create Macros and see the ball follow your instructions.

However, most fun was probably the Sphero Golf app. Use your phone as a controller and play golf with the ball. Takes a little getting used to, but so does golf! Great fun, and you can be that boss who has a golf set up in his office without spending all that money on the kit!

Plenty of other Arcade style games available as well.

This is where this really shines. If you like the above category, this really brings out the best in Sphero. Sharky the Beaver, only available on iTunes (or Apple) is one of these, with more coming soon. Really nice to see the ball turn into a Beaver and roll around in real life. This takes fun to a different level.

Using it as a controller

The other end of the scale is where you can use this as a controller. Twist and turn it, rotate it, raise it, move it. It detects all these movements and gives you visual feedback with LEDs. Once again, a few really good games exist. You can even use it to be a DJ at a party, though that app is only available for the iPad at the moment. It does take some getting used to, as there is no tactile feedback on the ball, but it is a ball after all.

Not had enough? Well, neither have the people behind Sphero. They have made the technology open to developers which means that more games and apps are constantly being developed for this.

It is fun, it is crazy, and it is a novel toy for smartphones. Of the few options available at the moment, this definitely shines bright. More information as well as buying information can be found at the following link:

A fun toy to have, a grea

Motorcycle theft is a problem, but there is a solution for it provided by Monimoto in their smart tracker for motorcycles. It has recently...
Read more

Motorcycle theft is a problem, but there is a solution for it provided by Monimoto in their smart tracker for motorcycles. It has recently...
Read more
Android

The tough tablet is here by the developers of rugged mobile devices, Toughphone. The Defender TAB 4 is the new entry in a long...
Read more
news

If you’re into sports, having instant access to the latest news, results and fixtures is essential. Whether you track your team’s metrics down to...
Read more
Load more