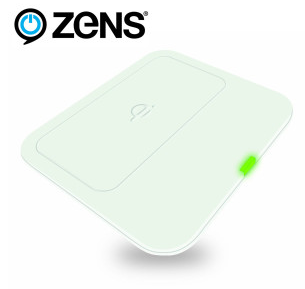 The future isn’t here yet, but we are getting there. Another 18 months till flying cars and hoverboards, but till then, we’ll appreciate the cool and the awesome tech that is becoming available to us. One of these exciting new things are wireless charging which is becoming a built in feature in quite a few mobiles there.

So what is this then?

This is the wireless charger. Most wireless charged devices are made to the Qi standard, and this is one of the chargers that is available in the market which is compatible with the technology. All you need to do to charge your device is just place your phone on it.

Magic. Yes. Actually, no, electromagnetic waves and the joy of induction charging, but hey, it works and that is what matters.

What is so good about this?

First of all the size. The picture may indicate that it looks big,  or at least so I thought, but it is actually quite small. It is also very thin, very light, and that makes it portable.

You can also charge by placing your device anywhere on the pad, rather than the traditional ones where you have to place it in a marked zone.

Clever charging that turns this off when your phone is fully charged.

A diffused LED that indicates charging, or not, but also is dim enough to leave this on at night without being a distraction.

Depends what you mean by catches. It is so cool it makes us sad that this doesn’t work with everything. Not much to be honest.

This can be bought from MobileFun and can be found under the Mobile Phone Chargers section:

This is the future. While a lot of companies have promised and not delivered official wireless chargers (*cough*), this product exists that works with any phone that will work on the Qi wireless technology. I love it. Just the cool factor is worth it!