Some things are just hard to review, mainly because they deliver exactly what is on the tin. The HTC ONE X HDMI Cradle (http://www.mobilefun.co.uk/desktop-charge-cradle-with-hdmi-out-for-htc-one-x-p35406.htm) is one such device. Anyway, I make an attempt to do so.

The box comes with this cradle, as shown in the picture. This cradle consists of two parts, one is the cradle itself, and the other is a small tray, which aids the phone’s placement on the cradle. The idea is that if you have a thin enough case, removing the tray means you can place the device directly on the cradle without having to take the case off.

The tray is better if your device is not in a case, or the case is too big for the cradle, so you have to take it off.

Also in the box is a charger, which plugs into the back of the cradle.

Back of the cradle also has the HDMI port, which allows the user to connect to an HDMI outlet. The cradle, however, does not come with an HDMI cable.

Overall the device comes with a very good finish, and there is nothing cheap about the plastic, the charger, or in fact the packaging of the device. 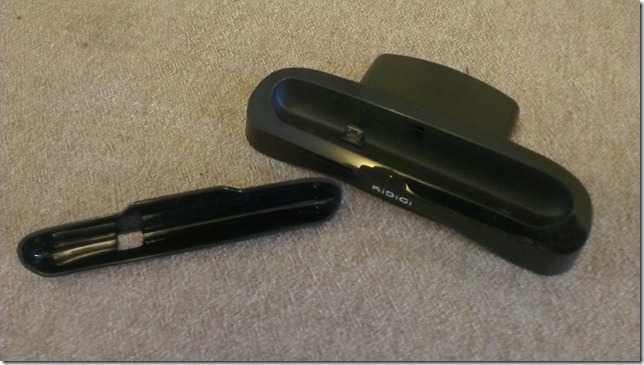 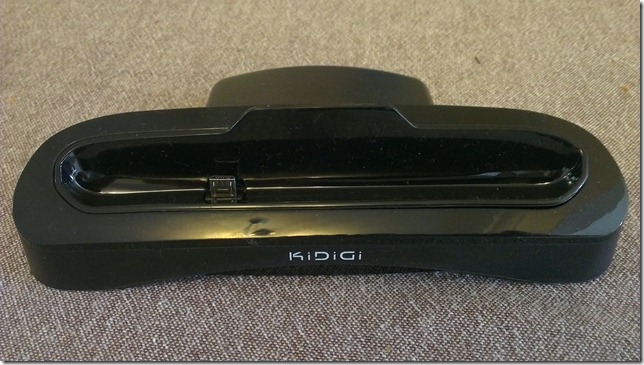 Now that we have covered the physical aspects of the device, let us look at how the system integrates with the HTC ONE X itself. As can be seen from the picture below, the mobile slides perfectly well on to the connector shown above. I chose to take my cover off as I think I get a better fit that way. 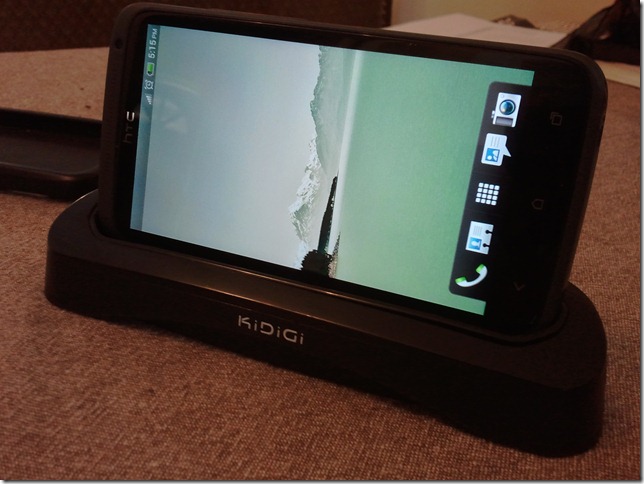 Once plugged in, the device automatically begins to charge. It is a 1A charger, which means it should charge the device fairly quickly. However, more importantly, it provides power to the phone as well as the HDMI function of the cradle as well. So the charger also is required for the HDMI output of the device.

As far as the HDMI functionality goes, it is fairly simple. If the HDMI is plugged in, just plug your device in, and a little symbol on the notification bar indicates ‘HDMI’. The device turns into landscape mode, and essentially the screen is mirrored on to the HDMI display you are using.

Next came the test. I clicked BBC iPlayer, and just chose a random HD program. Watched about 10 minutes of it through the phone. Turned it off, and then using the iPlayer app on my service, turned on the same program again. The program, the quality, the sound, everything was exactly the same. So to put it simply, the cradle works perfectly.

This means that I can not only use the device to watch films and other media that is on my HTC ONE X, but I can also use it watch films and media from online services such as LoveFilm, Netflix, iPlayer, SkyGo, etc. without having a TV service.

Like I mentioned before this device is so perfect, that it makes the review process difficult. It delivers exactly what it says on the tin. It lets me view films from my device on a bigger screen, which means this is another gadget that goes on my ‘must-carry’ list.