October 14, 2011
So a few days ago I received a huge box courtesy of Doritos and Pepsi Max Citrus Freeze. It claimed to pack a Super Hero Survival Kit. Curious, I opened it up! 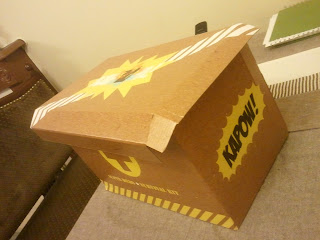 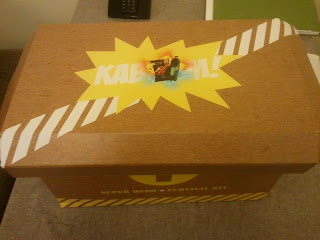 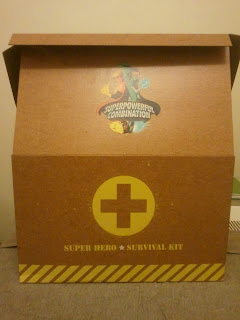 Turned out Doritos had sent me their new flavour Jalapeño Fire paired with the Pepsi Max Citrus Freeze to try out and write about. 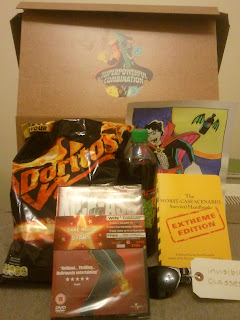 The box was also packed with other goodies:
– A DVD of Kick-Ass (Which I loved!)
– A pair of invisibility glasses(A pair of sunglasses with that label!)
– The Worst Case Scenario Survival Handbook
– A very impressive hand drawn photo of a superhero version of me!
See a few days ago they had sent me an email, asking for a photo and my superhero name. Not thinking much of it, I had just sent the reply and forgotten about it.
So today, I decided, is the time to review the new flavour. 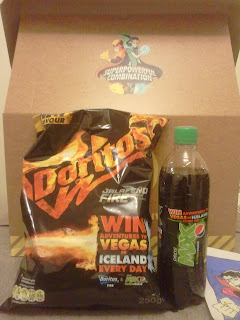 I poured the Pepsi out first, in a glass full of ice, as it was not pre-chilled. It tastes very Pepsi Max, with a very slight hint of Orange to it. It is not a bad taste, but since I am not a huge fan of Pepsi Max, it did not impress me much. It does grow on you though as you drink more. Maybe a bit more Citrus and a bit less Max may work better?
Next I opened up the Doritos. Now I quite like my heat, and this is a good flavour. It has more heat than jalapeño, but I quite like it. Does sort of require a drink with it. But the flavour is very wholesome, and does not actually kill your taste buds. Not really tried it with any dips yet, but I think that it would go really well with sour cream and guacamole. Not too sure about Salsa dip, but because they are hot, a good dip would be something that compliments the flavour, such as sour cream, ideally chilled. 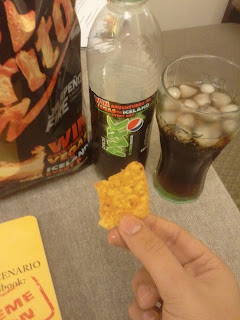 However, where it really works is, the combination of the two. They do actually work very well together. Eat a few of them Doritos and finish it off with a sip of Pepsi, and it does go down nicely. A nice snack to share I reckon, and should ideally be served with Sour Cream / Guacamole dip!

Here are just some of the photos from the stuff: