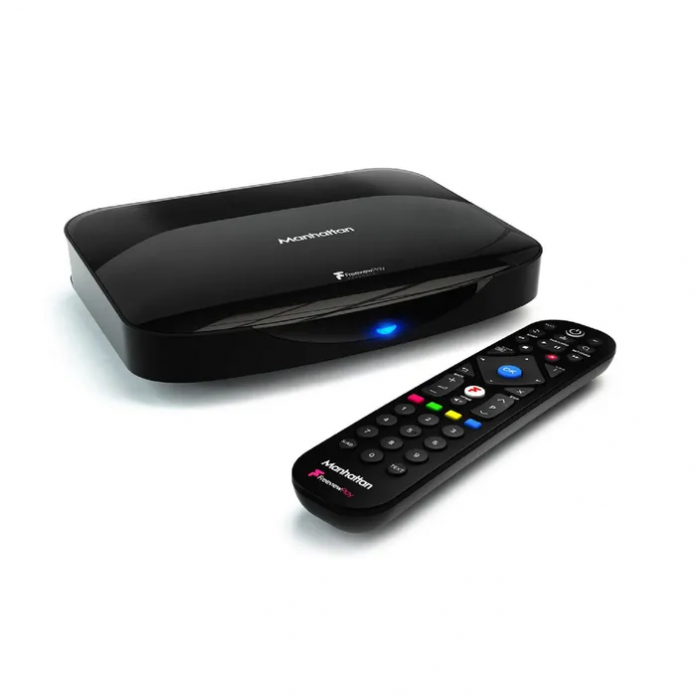 After a slightly longer than anticipated wait, Manhattan TV has announced v2 of their T3-R software. It hasn’t been easy making this happen in a pandemic, but the company has been working hard to bring BritBox and some of the most-requested features to the T3-R along with many other improvements and fixes.

As announced earlier this year, Manhattan TV had to prioritise and split up what they had originally planned for v2, and the remainder of the update – including the ability to search for future programmes – is coming soon in the first half of 2021.

The eagle-eyed amongst you may have noticed it was originally planned to call this v1.50, but the size and scale of the update mean it’s worthy of being called v2.

If your T3-R is connected to the internet it will update automatically, unless you have disabled automatic updates in the System Settings menu. For a full list of what’s changed and instructions on updating via USB, please see our T3-R software update page. Or read on to explore the main new features!

Britbox is one of the apps you ask for most and Manhattan TV is thrilled to announce its arrival to the boxes!

When recording on two channels you can now watch and pause or rewind the third channel. The available channels will depend on the two that are recording. If they are:

A multiplex is a group of channels that are broadcast together. For example, all of the main HD channels (BBC One HD, ITV HD, Channel 4 HD, Channel 5 HD, etc) are on the ‘BBC B’ multiplex.

Put simply, the T3-R will let you watch a third channel whenever possible and tell you if you need to stop a recording to do so. You can also turn on a setting to mark unavailable channels in the TV Guide and Channel Browser by going to: Settings > Channels > Mark Unavailable Channels.

Missing your favourite programme starting when you want to watch live is never ideal, so in the same way that you can watch a third channel at the same time as two others are recording, you can also set reminders for programmes that you don’t want to miss while two recordings are in progress. .

To make turning your TV on and off as easy as possible, when you turn on your T3-R it can now turn on your TV and change it to the right input. Your T3-R will also go to standby when you put your TV in standby. This all works with AVRs and soundbars too.

The T3-R normally starts and stops recording when the broadcaster signals that the programme starts and ends. This is because programmes almost never start or end at the exact scheduled time – they’re usually a minute or two early or late, and sometimes even more. This broadcaster signalling is normally very accurate and means recordings start and stop exactly when they should. However, sometimes broadcasters get it wrong, particularly on the more niche channels.