3D printing can be a real source for optimism 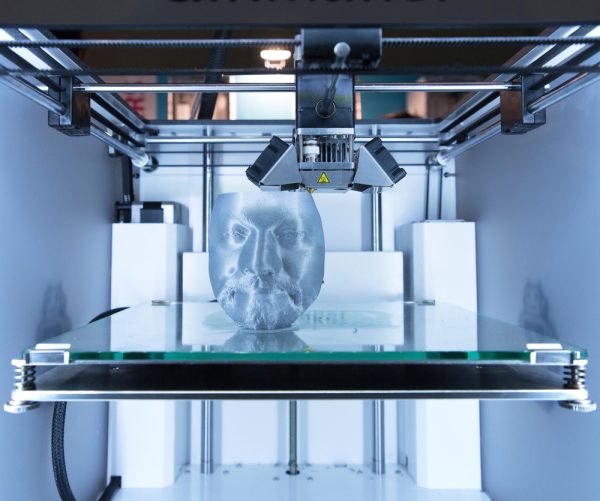 A promise that could be fulfilled

3D printing, sometimes referred to as additive manufacturing, is a technology that is evolving fast and has not yet reached its full potential when it comes to decentralising production. It could very well offer the answer to the addiction the world has to the supply chain – simply by removing it from the equation. Now, 3D printing is only used for toy models and prototyping and it has not reached far beyond that.

Of course, the world will remember plenty of technologies from years gone by that promised so much but never quite made it. What they might not remember however is that those that did make it, did so because of external events. Would the electric car be where it is today if it wasn’t for the current climate crisis? The COVID-19 pandemic may just have the same effect on 3D printing. When it comes to food delivery services, and the sale of equipment for teleconferencing, lockdown has certainly had a positive effect. Less visible, at least now, is the impact on an industry that could become more important over time.

At this moment, supply chain managers for industrial companies will be sourcing alternative and more local solutions, and they might just exchange efficiency for sturdiness. They may be considering more automation. Back in February, everything was fine but now it isn’t quite the same story. A recent survey in the 3D printing industry discovered that companies have a different view of technology, and now more of them would consider it not just for the prototype but also for the product as well.

The digital revolution has not been able to stop the materialistic decline in western economies that has occurred in terms of productivity growth rates. There are so many innovations that are so close to making that all important big breakthrough but not all of them have the potential to make a change to the decline in productivity growth.

3D printing, however, has the potential and companies like Protolabs are investing consistently in their services to provide more 3D printing innovations as they become available to a whole host of industries. If you consider the possibility of combining robots and 3D printing, then the impact you would see would be even greater. 3D printers are fantastic at building complex things and robots are somewhat agile. When you put the two together the world could very well be your oyster with no limit to what could be built.

Good for the planet, and its occupants?

It is worth remembering that any localised production would also reduce transportation costs and even reduce emissions of greenhouse gases. As we have seen during the COVID-19 pandemic, if manufacturing is decentralised then countries would more easily be able to secure vital supplies in times of crisis. Technology might be slow right now but not too far in the future, if manufacturing requirements need to change the 3D printers should be up to the job.

More localised manufacturing could, of course, be damaging to developing countries where export growth represents their business model, and automation whilst improving the prospects of employment for some would reduce it for others. Retaining is often possible but not for everyone.

The introduction of any technological invention, just like any that have gone before it always makes it possible for newer forms of inequality to rise. Those economies with the ability for high tech investment, such as China and the US will undoubtedly do well whilst it is unlikely that Europeans will. Of course, it is entirely possible that a post-Brexit UK may offer some opportunities as well. However, that really is something of an unknown now. Right now, people are worried about the immediate future and that means the damage that the economy has seen in the wake of the COVID-19 pandemic, as we are still in the early days of recovery. However with the rumours, we may see a second wave and a further crippling of the economy; Brexit ahead of us and the unknowns that that will bring, there is reason to be hopeful that we can make positive changes, and a positive shake to the world of technology could give us good reason for optimism.