Rebirth of an Icon: Bang & Olufsen Launches the New Beosound A1 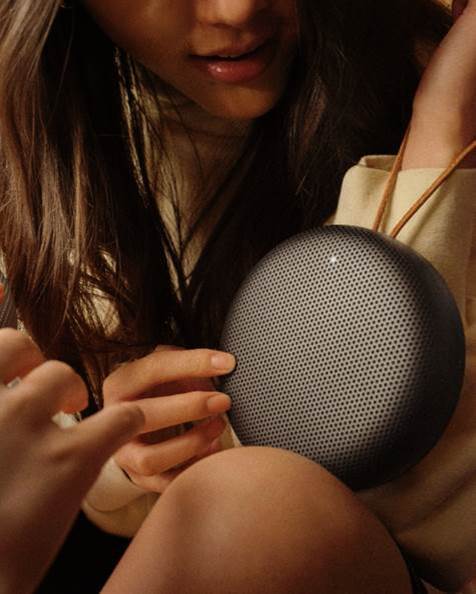 Bang & Olufsen today released the second-generation Beosound A1, the Danish luxury audio brand’s award-winning portable Bluetooth speaker, which has been redesigned to include a whole raft of performance and design improvements. Beosound A1 2nd Gen comes with a refined, slimmer design that is fully dust and waterproof, has a significantly improved battery life with up to 18 hours of playtime at typical volume, an overhauled user interface, and – a first for a Bluetooth only speaker – a built-in Alexa voice assistant. More powerful and easier to use – the best just got better.

“Our first A1 speaker was loved by customers for its combination of minimalist design, portability, powerful sound, and the built-in speakerphone that made it easy and fun to speak with friends and family. The new Beosound A1 builds on these characteristics and improves them in every way that matters”, says Christoffer Østergaard Poulsen, Bang & Olufsen VP of Product Management.

So, how does Amazon Alexa work without a network connection? As you may have suspected, it doesn’t. The A1 has to be connected over Bluetooth to a smartphone (or other sources) that is itself connected to Alexa services over wi-fi. During the set-up of the A1, the user can link the speaker to their Alexa account and activate Alexa that way to, say, control music playback, order a pizza, or find a new recipe.

That means the speaker must always be within the Bluetooth range of your phone (or alternative source), but considering the A1 supports Bluetooth 5.1 that shouldn’t be a problem in most cases. Through the A1’s far-field microphone technology, Alexa can be activated from up to 5m away and, courtesy of a software update due later this year remains responsive for up to 3 hours after being turned off.

The three-microphone array allows the Beosound A1 to be used as a speakerphone during calls, while support for Microsoft Swift Pair and Google Fast Pair enables a fast setup for conference calls.

While a quick game of spot-the-difference might not immediately highlight major design changes compared to its predecessor, Bang & Olufsen has indeed overhauled parts of the design. The new A1 is seven percent lighter, introduces a slightly different hole pattern, and there’s a tweaked control arrangement that sees bigger, more clearly labeled buttons positioned closer to the leather strap for easier location.

That round chassis is now waterproof and dustproof to IP67, too, meaning it can be placed in water up to 1m deep for 30 minutes, if you dare, and should be safe from sand and dirt.

Inside, the 3.5in aluminum mid/bass driver and 0.75in silk dome tweeter have also been improved to enhance the clarity of its 360-degree sound, which in the original A1 review we praised for being solid, weighty and capable of decent bass. Last and certainly not least, the new A1 now supports Qualcomm’s latest aptX Adaptive codec.

Beosound A1 (RRP 250 EUR, 200 GBP, 250 CHF, 2000 DKK) launches in Black Anthracite and Grey Mist and is available online, in select retailers and in Bang & Olufsen stores from May 14, 2020. To find out more, follow the conversation at @bangolufsen on Instagram, Facebook, Twitter and YouTube using #BeosoundA1