SEAT starts the production of emergency ventilators at its Martorell facilities 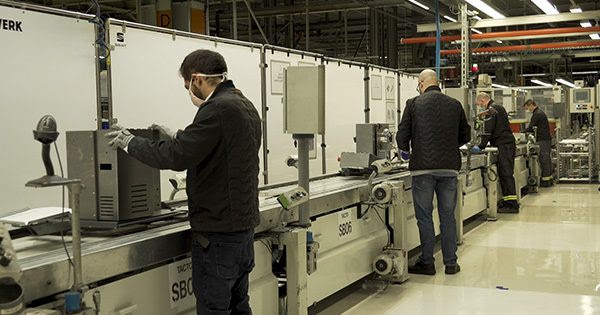 Spanish carmaker Seat has turned one of its factories from a car plant into a ventilator manufacturing facility as part of the fight against coronavirus. The Martorell factory, near Barcelona, is normally home to the production of the Leon hatchback but with car building at a virtual standstill, it has been turned over to making prototype ventilators for local healthcare authorities.

The ventilators are made using up to 80 electronic and mechanical components, including adapted car parts such as windscreen wiper motors, gearbox shafts, and printed gears.

“The motivation of everyone participating in this project is that with our know-how we can mass-produce equipment that will save lives,” said Nicolás Mora from the production area of Seat Martorell.

A team of Seat engineers designed 13 different prototypes before the final design was agreed upon. They are now testing the ventilators in collaboration with the local healthcare authority to get approval for mass production. The ventilators were designed in collaboration with Protofy.XYZ and will be assembled at Martorell by 150 employees whose workstations are being specially adapted for the purpose.

Sergio Arreciado, a member of Seat’s process engineering team, said: “Taking an assembly line that manufactures subframes, a car part, and adapting it to make ventilators has been a lengthy, difficult job involving many areas of the company, and we managed to do it in the record time of one week.”

SEAT is strongly committed to helping the health system and professionals in every way possible to slow down the spread of COVID-19. SEAT is also currently working on and analyzing the viability of other projects that will be announced once they have passed all the necessary health tests and cleared for release by the corresponding authorities. To this end, a team of professionals from the areas of Production, Health and Emergencies, Development, Logistics, and Quality, among others, have been working against the clock for the past two weeks to make these projects a reality.

SEAT Vice-president for Production and Logistics, Dr. Christian Vollmer, who is leading the project pointed out that “teamwork and collaboration are now more important than ever so that together we can try to meet the demand from health centers. At SEAT we have an advanced mass production system and in a situation like the present one it is our responsibility to make it available to Spanish society.”

SEAT Vice-president for Legal Services and Good Governance Luis Comas stressed that “this process would not have been possible without the support of the Spanish Agency for Medicines and Healthcare Products and the personal involucration of its director and the Spanish minister of health.”