COVID-19: a round up of all the fight (studies and research) we are doing to fight it 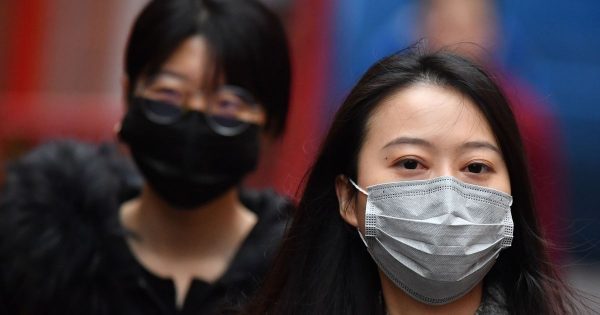 As the COVID-19 crisis continues to unfold around us, humanity finds itself in a continuous state of reaction: we’re all having to adapt and develop at alarming speed. It’s an incredibly daunting challenge but one we’re seeing medical scientists across the globe using their expertise and skills to provide the puzzle pieces of knowledge we need to create an action plan for the prevention, treatment, and ‘cure’ for this ongoing pandemic.

The virus that causes COVID-19—SARS-CoV-2—is considered a novel virus, meaning that prior to this outbreak it had never been identified in humans before. With a lack of knowledge about this virus, we had to make assumptions of its’ characteristics based off what we know and have observed in other related coronaviruses (like SARS-CoV-1 which caused the SARS outbreak in 2003). Whilst this evidence base acted as a useful starting point for an immediate outbreak response, we need a specific, in-depth understanding of the SARS-CoV-2 virus itself.

To help prevent the spread of infection, we are seeing many studies that are looking to more accurately describe the infection characteristics of the SARS-CoV-2 virus. Studies of virus stability in the air and on surfaces has shown that it the virus can still be detectable within the air for up to three hours, and can remain stable for up to three days on plastic and stainless steel. This points towards inhalation of virus and touching infected surfaces being the primary routes for infection— which is why handwashing after having contact with surfaces, and decontamination of frequently used surfaces (i.e. door-handles) has been so emphasised within medical guidance. Using data comparisons of those who tested positive for SARS-CoV-2 and those reporting symptoms, we now know that not all those who have the disease have recognisable COVID-19 symptoms—meaning they could be unwittingly infecting others. This knowledge reinforces why social distancing is an appropriate control tool for the outbreak until everyone can access COVID-19 testing.

To be able to develop treatments for COVID-19, we have to understand the SARS-CoV-2 virus on a detailed molecular level—its’ genetic material, its’ proteins, its’ structure and its’ ‘life cycle’. As viruses cannot survive forever outside of a host cell, and are unable to replicate without hijacking the machinery within a host cell—if we can prevent SARS-CoV-2 entry and takeover, we could stop the virus in its’ tracks. Within the past week we have identified the structure of one of the key proteins that SARS-CoV-2 produces which allows it to hijack cellular processes. The Protease protein identified (MPRO) is an enzyme that is key for mediating the replication of viral DNA, and through unravelling the structure we have been able to identify a number of virus inhibitors that could prevent its’ activity—including some inhibitors that have already been tested in humans. There has also been a large-scale proteomic analysis of the protein interactions between human host cells and the virus, which has identified 67 interactions between human cells and SARS-CoV-2 which can be disrupted by drugs that are either already on the market or currently in clinical trial testing.

Research furthering our understanding of the virus on a molecular level is also fundamental to allowing us to identify potential vaccination targets. One of the most promising vaccine targets so far is the ‘Spike’ protein. This crown-like protein protrudes from the virus surface and binds to the ACE-2 receptor on displayed on human cells, allowing the virus to gain entry. In Seattle, clinical trials of an mRNA vaccine are currently underway. This vaccine causes human cells to express the viral spike for a short period of time, with the hope that this will trigger an immune response which will result in the production of antibodies against SARS-CoV-2. Closer to home in Oxford, another clinical trial is underway, using an adenovirus vector. This vaccine also causes the expression of the viral spike to evoke an immune response; but this time rather than just creating antibodies it hopes to also trigger the activation of T-cells, an immune cell which could be very advantageous in clearing the SARS-CoV-2 infection.

It is also worth drawing attention to all of the research advancements we have made towards understanding the origin and evolution of SARS-CoV-2. Analysis of viral RNA has allowed us to identify a number of closely related to SARS-CoV-2 in horseshoe bats. This study suggest that this horseshoe bat population are the origin species that the virus has ‘jumped’ from, although it seems increasingly likely there was an as-of-yet-unknown intermediary species involved. Being able to understand and track how the virus has jumped across species is an incredibly important but often overlooked step in allowing us to develop control measures to prevent the virus re-emerging. It also helps further refine our monitoring and detection of other animal-borne viruses to ensure others do not make this species jump, preventing further pandemics.

These studies barely scratch the surface of all of the work happening across the scientific spectrum to unravel the unknowns of SARS-CoV-2. In the space of the past four months, we’ve seen 4929 papers published (according to LitCovid), which is frankly an astonishing number. Each of these are furthering our understanding, pushing the boundaries, and taking us one step closer to being able to control COVID-19.

Dr Natt Day is a former researcher in infectious respiratory diseases and has a PhD in Infection and Immunity from the University of Southampton. She currently works in public engagement with research at Queen Mary University of London.