Say No to Screenshots of the Women Watching PSL Matches in Stadiums! 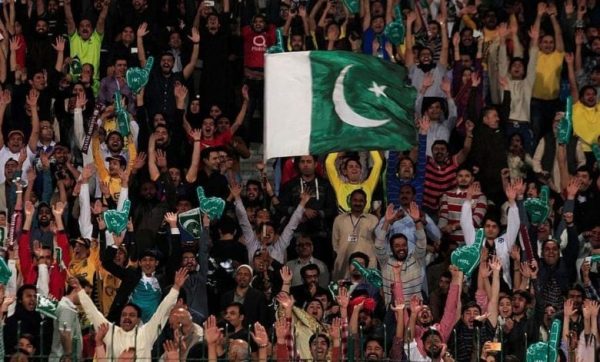 Pakistan Super League PSL is happening with full bloom in Pakistan these days. While the Women Cricket Team is winning accolades in Australia, Pakistanis cannot help rejoicing over the fact that now Cricket is back to the stadiums of their own country. Earlier, there had been a long hiatus in terms of cricket due to the security concerns in Pakistan. When Pakistan Super League PSLS started, the venue was UAE. However, the main intention of the chairman of Pakistan Cricket Board Najam Sethi was always to bring cricket home eventually. His dream came true and now the entire tournament is happening in Pakistan.

PSL holds a special place in my heart because I was in Dubai when it first started. I, among many cricket enthusiasts, had the opportunity to watch most of the matches in Dubai Cricket Stadium feeling a slice of home right there in our laps. The audience did not only include Pakistanis from the UAE but also those who lived in Pakistan. From live music to electrifying crowd cheering their respective teams, watching Pakistan Super League or PSL matches was one of the most cherished experiences of my life. Interestingly, I and a friend were also a part of the television coverage which was another funny and joyous experience.

Now when the Pakistan Super League PSL matches are happening in Pakistan, the local people have the opportunity to enjoy the cricket matches just the way we did in Dubai some years ago. Since cricket is taken as one of the religions in Pakistan, enthusiasm is sky-high. People from all walks of life want to get a ticket to the stadium and become a part of the drill. Needless to say, it includes both men and women.

However, what is particularly disturbing in this apparently bright picture is the attitude of the social media regarding women who are watching the match in stadiums. Those who have been captured by the camera probably cannot cheer for this surprising coincidence because the screenshots of their pictures from the video are circulating all over with the captions that are outright harassment. Its seems as if the sole purpose of these men is simply to ogle at women who are there to enjoy the match and hold no interest in the sport itself.

When people start complaining about the women who are standing up for their rights, we forget that this is why they want to reclaim their share in the public spaces. In a  country where the recreational facilities for women are already slimmer than most parts of the modern world, those who dare to go out are being discouraged through this blatant sexual harassment on social media. Sometimes it is scary how far one can go for the sake of a few likes and retweets. Little do we remember that we are only creating more suffocation and bitterness in the country which is already devoid of love and light.