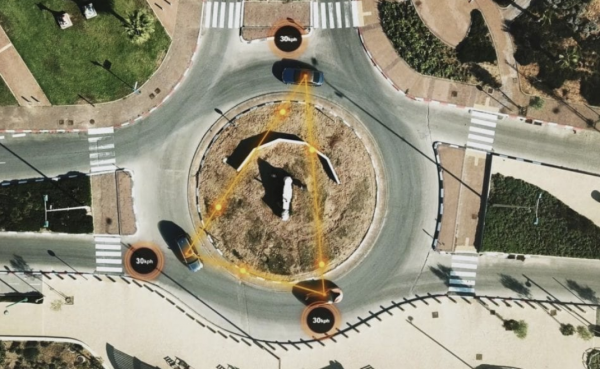 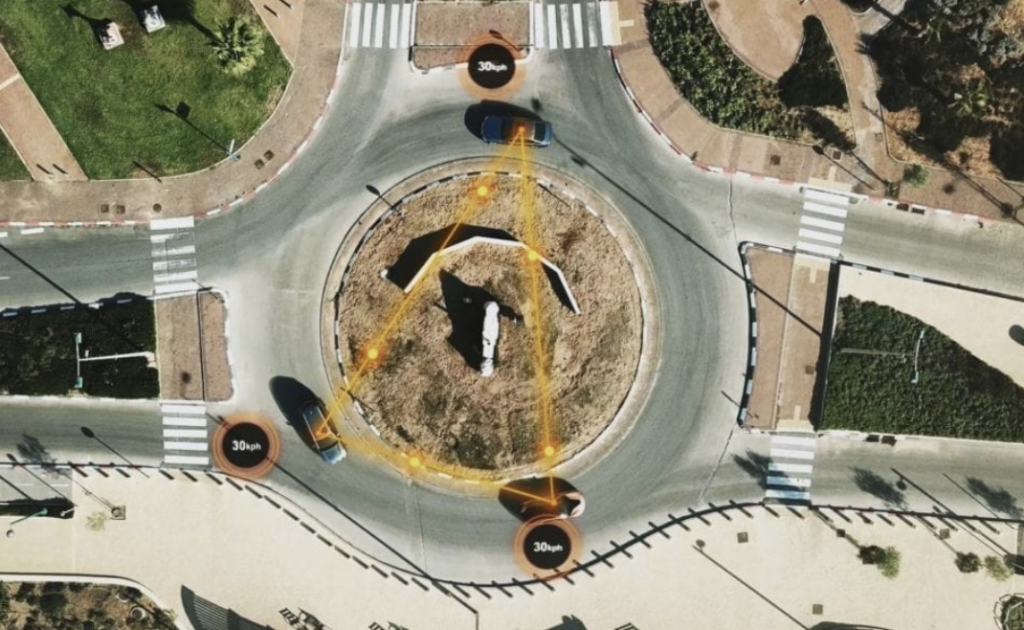 A £75 computer system could revolutionize road safety by allowing cars to talk to each other and warn drivers there is a hazard ahead, according to connected vehicle technology provider, Autotalks.

More than 1.35 million people die each year in traffic accidents, with between 20 and 50 million suffering non-fatal injuries.

To tackle the issues, connected vehicle technology provider Autotalks has developed a chip that broadcasts a car’s location, direction and speeds up to ten times per second.

All other ‘connected cars’ in the surrounding area receive messages – and each vehicle can then estimate the risk imposed by the transmitting vehicle.

If there is a potential hazard, such as a motorcyclist not slowing down for a junction, a warning will show up on the car’s infotainment screen.

Eventually, instead of just providing drivers with a warning, fully autonomous cars will take direct action to prevent a crash.

The technology is known as ‘vehicle to everything’ (V2X) and allows the car to talk to other vehicles along with infrastructure such as traffic lights and, eventually, mobile phones to help prevent pedestrians from being involved in collisions.

Autotalks’ V2X system, which could cost as little as $100 (£75) to be installed on a new car, is being highlighted by Hyundai, whose Tel Aviv-based CRADLE team has invested in the company.

It follows research by Hyundai which revealed 15 percent of British motorists have had a near-miss in the past month after becoming distracted at the wheel.

The survey of 2,000 motorists also found that over the past month 25 percent of drivers have had a near-miss with a pedestrian who walked into the road without paying attention.

More than one in eight (13 percent) said they have nearly been involved in a crash with a motorcyclist over the past month.

And 22 percent of those surveyed by OnePoll for Hyundai admitted they have had a car crash that could have been prevented if they were paying more attention.

Yaniv Sulkes, VP Business Development, and Marketing at Autotalks said: “In the USA and other parts of the world, if you’re healthy, then the thing that is most likely to kill you is a car.

If you’re a motorcyclist the chances are even higher.

“People don’t like the statistics but every day around 3,700 people lose their lives in crashes. This is an epidemic and we need to think of ways to address it.

“Ultimately we all want to get from point A to point B safely and if you get an alert ahead of a potential hazard you can avoid the accident. This is the underlying principle of what we do.

“Our eyes are brilliant, they are as good as any camera but we might take our eyes off the

road or lose concentration and this is where chipsets can help.

“Communication tools don’t need line of sight – if they detect a hazard they can give you enough time to take the right course of action, in confidence.

“If you get an alert ahead of time, you can avoid the accident and that is the underlying principle of what we do.

“Where there is a dangerous situation, the car will alert you to take the correct action to avoid it. Eventually, this will happen autonomously.”

Autotalks is one of a number of Israel-based start-up companies that Hyundai CRADLE is investing in as part of a strategic partnership.