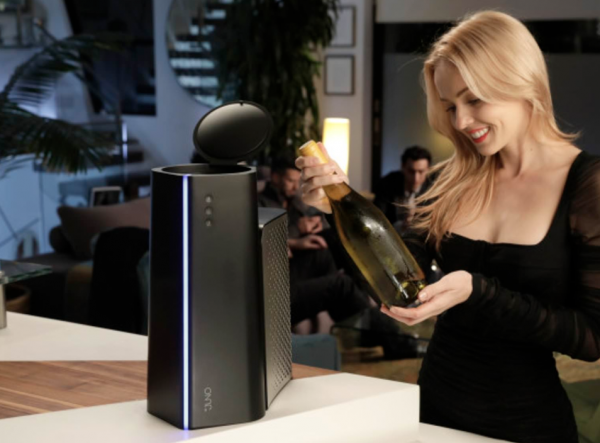 An amazing ‘reverse microwave’ that can chill a beer, bottle of wine or soft drink in seconds has been unveiled at CES 2020. The Juno has been developed by California-based Matrix Industries, which specializes in body heat-powered smartwatches.

The ‘chiller’ uses a thermoelectric cooling engine that spins water around the beverage at high speed, rapidly decreasing the temperature of the can. As the container itself is held still, the contents will be ready to drink as soon as it comes out of the machine and won’t ‘fizz up’ and, according to Matrix.

It’s currently at the prototype stage and can only cool one standard soft drink can at a time, but developers hope to have a commercial version available soon. Matrix used the crowdfunding platform Indiegogo to offer the device for pre-sale and has made over £100,000 in the first few days since the campaign went live.

Dozens of devices have been sold through the platform, with Matrix suggesting the first could be shipped as early as August if testing goes well. The crowdfunding campaign is still open for orders.

Prices ranging from £153 for a single unit aimed at ‘early bird buyers’, up to £7,600 for retailers looking to buy 50 Juno chillers in one go.