September 4, 2019September 4, 2019
Sandisk, owned by Western Digital, have just launched the iXpand Wireless Charger. The charger is compatible with any QI enabled device, be it an iPhone or an Android. But why is Sandisk jumping in the charging game? This is where this product gets very interesting. The iXpand Charger doesn’t just charge, but it also provides a back up as it does so.
The concept is simple. This will just automatically back up your device every time you leave it on charge. You can have up to 5 different devices backed up, all with their own password protections.

All it takes is an app. The back up is compatible with devices that don’t have a QI charging ability too. 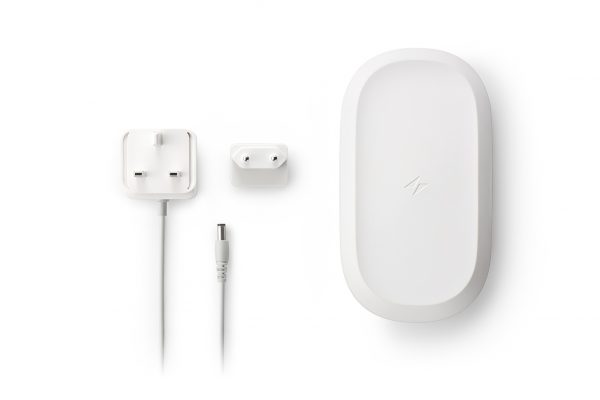 Read below for the full release.

London – August 21, 2019 – While many smartphone owners in the UK feel that backing up their device is important, many wish it was easier and less time consuming, according to research from Western Digital Corp. (NASDAQ: WDC).

Today, Western Digital, a leading company in consumer storage solutions, launched the new SanDisk iXpand Wireless Charger to solve this issue – the world’s first one-step wireless charging and automatic local photo backup solution for QiTM-compatible iPhones and AndroidTM phones. Until now, there has not been an easy way to locally and automatically back up photos and videos whilst simultaneously charging wirelessly. Users simply place a Qi-enabled phone on the base to charge the device and back up photos, videos and contacts automatically1, and never worry about losing content again.

In the online survey conducted by Western Digital†, out of approximately 1,800 smartphone owners surveyed in UK, 58 percent agreed that backing up their smartphone data to an external device is important. Of those, 50 percent were specifically worried about losing their photos and videos and 50 percent wished it was easier and less time consuming to back up. While 71 percent are managing to charge their smartphone at least once a day, 91 percent don’t back up their smartphone to an external device at least every day. Western Digital’s new offering is perfect for those looking for a convenient way to back up their phones while charging.

“Today’s consumers understand that backup is important, but also have many competing priorities in their lives. That is why we created a hassle-free solution that doesn’t disrupt
people’s daily habits,” said Patricia Corcoran, senior product marketing manager, SanDisk- branded products, Western Digital. “The iXpand Wireless Charger makes it easy for you to
wake up every day to a phone that’s fully charged and photos and videos completely backed up.”

With up to 256GB* local storage, the iXpand Wireless Charger has plenty of room to automatically save full-resolution photos and videos, and contacts. Consumers can easily and confidently free up internal phone storage with the iXpand Wireless Charger app as their photos are seamlessly backed up in full resolution. The charger creates multiple personal backup profiles so the charger can be shared with everyone in the family. The device comes with a high-efficiency power plug with 180cm cable for a 10W fast wireless charging experience. Charge worry-free, thanks to foreign object detection, overcharging protection and adaptive charging. It is also phone case-friendly and able to charge through cases up to 3mm thick.

The SanDisk iXpand Wireless Charger is expected to be available in the UK on Amazon in August 2019 with an RRP starting from £89.99. For more details, visit https://www.sandisk.co.uk/home/mobile-device-storage/ixpand-wireless-charger and sandisk.co.uk.

One thought on “Sandisk announces the iXpand Wireless Charger”