Parrot’s has unveiled its revolutionary drone

On 2nd September 2019, Parrot’s launched ANAFI FPV drone which delivers thrilling immersion in the Cockpitglasses headset due to the 180-degree camera. The drone has unique FPV modes that combine total immersion with unprecedented control. The company has introduced the drone to accommodate every kind of pilot. It has a 21-megapixel camera, easy-to-use modes and presets. Some of the outstanding features are the long battery life and effortless portability allowing you to have an on the go companion.

The drone can be experienced by pairing it with the smartphone you have on you. It will be connected to the FreeFlight 6.6 app that you will have on your smartphone. Placing the phone in the cockpit glasses and then putting them on will allow you to experience the flight. The drone camera has 3X stabilization.

The ANAFI FPV provides an incredible user experience due to a perfect blend of hardware and software. FreeFlight 6.6 has a brand new interface that provides a view of your aerial acrobatics.

An all-new standard for aerial photography set by ANAFI FPV

As much fun it is, ANAFI FPV has brought new horizons for the worlds of videographers and photographers. The in-depth image controls allow more freedom to the user. There is a fully manual setting available in the FPV mode that you can access on your will.

Many settings can be altered such as the shutter speed, ISO, white balance. Fast access to manual settings can also be accomplished with the Skycontroller 3, which supports custom mapping of the right trigger to adjust exposure.

There are two new flight presets with the Anafi FPV drone, available via the FreeFlight 6.6 app, both of which have been created to help you get even more creative with your aerial photography and drone piloting skills:

The revamped app is also home to a new flight mode called Arcade Mode, used in tandem with joystick controls on the Skycontroller 3. In essence, Arcade Mode enables the drone to travel in the direction the camera is pointed at. This could be ace fun for beginners.

The company has also launched a new mode called Arcade Mode. all you have to do is to point the camera in the right direction and flying will become the easiest thing you have ever done. You can view several directions by using the sky controller 3’s left joystick controls whereas right joystick controls control the movement. 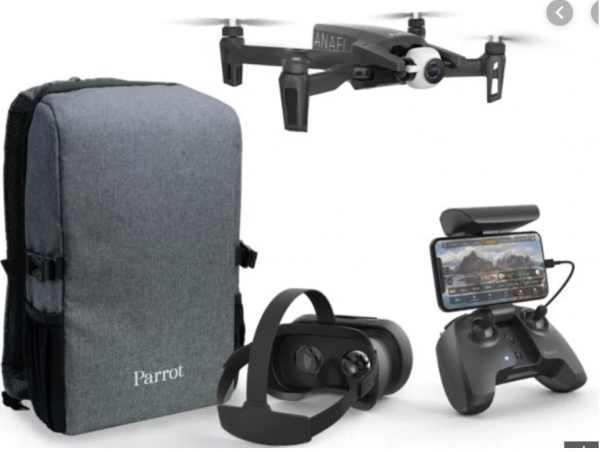 The new ANAFI FPV comes with a new ANAFI Backpack. The backpack can be converted into a stable platform to prepare the launch of the drone. As a result, the drone won’t be impacted in dirty areas or rough terrains. Due to the new backpack addition, ANAFI FPV has easily become the ultimate drone that can go anywhere.