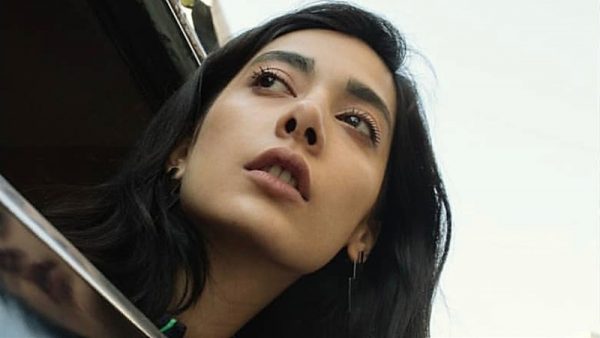 Lux Style Awards have always been the most esteemed awards in terms of style, fashion and performing arts. However this year this prestigious award has been a butt of controversies and from the course of events one can see that there is no looking back on it.

#MeToo campaign has taken the world by storm in the past few years. Starting as a twitter trend, this movement gave voice to many women across the globe who used this hashtag as a protest against the harassment they had to face at the hands of men for gender inequality. It was ironic that even the most successful and celebrated women in the world had been the survivors of this evil.

Last year one of the most prominent singers of Pakistan Meesha Shafi also came up with harassment allegations against her co-star Ali Zafar who is also a huge figure in Pakistan. Every time a woman speaks up against sexual harassment a woman has to go through a series of further harassment because it is uncustomary for women in desi societies to raise a word but stay silent. Meesha Shafi also had to go through a series of online bullying and harassment. Since Ali Zafar had a stronger position in the industry most of the people sided with him. We could still see him partying and hanging out with the whos and whos of showbiz and social circles. The issue is still in courts.

Everyone anticipates Lux Style Awards every year. In a country where the entertainment industry is limited such events are a breath of fresh air. The ceremony itself is a visual treat and is remembered for long.

Like all awards, Lux Style Awards have also always been surrounded with small controversies. There have been credibility issues here and there. This year it has taken another turn. As a protest against nominating the alleged harasser Ali Zafar for his film ‘Teefa in Trouble,’ some celebrities have decided to boycott the Lux Style Awards.

It started with the model Eman Suleman.

Meesha Shafi also decided to step back for her song ‘Mein’ nominated in the category of best song.

Director Jami who won an award for his film ‘Moor’ went for a stronger statement by throwing off the award outside his home in Karachi.

Lux Award for Best film Moor is now on the road outside my gate. We believe and stand by our Women stories! @Unilever @LeenaNairHR pic.twitter.com/lUwJUmaXq0

The industry is men’s club, they dominate and rule the way they want. We withdrew our all 4 nominations from #LSA2019 because we believe this way we are taking a side, respecting the woman & adding some echo to her voice. #iBelieveHer #TheSketches https://t.co/6CnuPyeJeh

One of the finest makeup artist, Fatima Nasir, who has worked so hard for so many years in this field, withdraws from #LSA2019.
‘Every voice raised matters.’ pic.twitter.com/YWxT0dqKm5

Since these brave artists have created enough stir in the cup, Lux Style Awards also came up with a clarification which is probably not enough and is being criticized even more. A statement that resulted in more bad than good perhaps

The statement has been made public @LuxStylePk @Unilever
At least plan out ur statement, u’re contradicting urself. Basically, ‘we condemn harassment but we support the talent of alleged harassers & provide them with a platform.’
Pls leave mashallahs in comment section below. pic.twitter.com/RK5BjocrtE

It is about time people across the world realize that #timesup . There is a new awakening both in men and women of today. Normalizing casual sexism, bigotry, and harassment while expecting the women to stay shut ain’t happening anymore.

Boycotting the Lux Style Awards is just a beginning. More power to the bravery and courage of those who stood up for the truth and justice.