Drowning in printed data? You are in luck! Microsoft has just rolled out a revolutionary new tool that converts a written table into an Excel spreadsheet. Whether you are an entrepreneur or a college student preparing for an accountancy exam, typing in mounds of numerical data is a tiresome task. 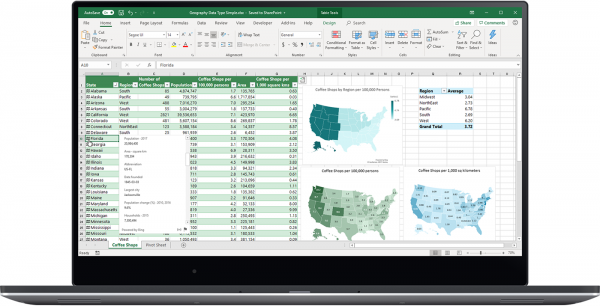 This feature allows you to use your camera to turn printed data into a pre-filled Microsoft Excel spreadsheet.  As a user, you will have to first open up a spreadsheet within the updated Microsoft Excel App; this can be either a new spreadsheet or an existing one.  A row of options pop-up along the bottom of the screen; select the with option showing a mini-spreadsheet with a blue camera in the front. Next up, there will be an alert asking for permission to run cloud-based sync for importing the spreadsheet.  Approve that and now you are ready to try some digital ‘magic’! Much like the Google PhotoScan app, the Excel App can take care of pictures taken at an angle or even slightly off-center.

Those folks who have tried out the feature inside the Android-based Excel App (an iPhone-friendly version is to be launched soon) report some limitations. Multiple rows of serious calculation do not ‘compute’ at all through the Excel App. Instead, it tends to get jumbled up after conversion. However, if a much smaller table is photographed, say the calculations for the weekly budget, it works out perfectly and definitely saves time. That makes sense, seeing that this feature is a free one and is probably being improved on by Microsoft researchers.

What is an app that you use to cut down on the ‘digital-drudgery’?