All You Need to Know About the Utopia 360 VR Headset 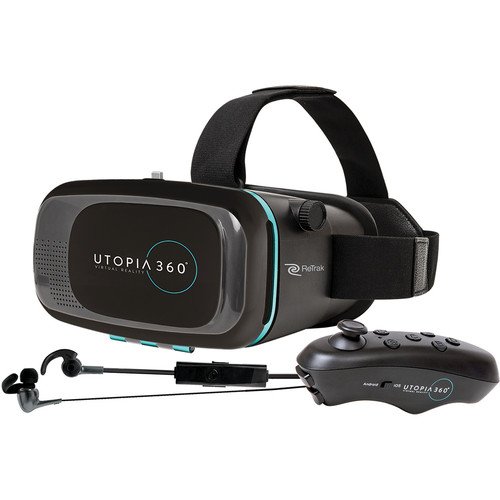 The VR world is getting more and more advanced. A lot of big companies like Google and Microsoft have already designed their own VR headsets and controllers. Having a VR headset helps you feel as if you are inside the game. However, there are also some VR headsets which are low-quality. Before you decide to buy one, you should check out an in-depth review.

In this article, we are going to show you all of the important things you need to know about Utopia 360 VR. However, if you want to learn about its performance, you can read more about this device on Top Best VR. There you will find an in-depth review of this VR headset, which will help you decide if this is the right device for your needs. Now let’s see what this headset is all about.

Nowadays, there are a lot of types of VR headsets. Some of them work on PlayStation or Xbox, while others require a PC or a smartphone. For consoles and desktop PCs, you’re restricted to using your VR headset at home. While VR is compatible with decent laptops, this could become expensive just to take this experience out of the house. You can generally find the best gaming laptops under $800 if you’re on a budget which have decent specs. However, this is obviously still a significant chunk of money.

On the other hand, Utopia 360 VR sends you into a different world with the help of your phone only. The headset doesn’t have any power supply itself as it uses your phone’s screen to create the illusion. This means it’s perfect for taking your virtual reality experience on the go. And unlike other VR headsets, this type of device is typically less expensive since you already have the phone ready.

Like we previously mentioned, this is smartphone-based VR headset. Its resolution depends strictly on the resolution of your phone. The better the smartphone the greater the resolution. One of the best things about this device is that it offers a 360-degree field of view. Considering its price, this is a great spec.

It comes with a Bluetooth controller which comes in handy when you play certain action games. Also, the VR headset has an Android platform. This means that it works better with Android smartphones than with those who have iOS.

One of its cons is the fact that the manufacturer is not clear about the requirements. Apart from the Android platform requirement, new users don’t know exactly what phone fits in the front dock. For instance, Galaxy Note 4 users mentioned that they had a hard time fitting the phone at first. After a while, it started to get easier. This can be seen as a manufacturing flaw because it means that the dock is loosening up.

When it comes to the design, this VR headset has a regular one, which seems quite basic. However, this makes it easier to control by new users. The Bluetooth controller, however, has a interesting design. Some users compared it to the Sega Genesis controller.

Setting up the Headset

Like most smartphone-based headsets, this is a simple device to set-up. All you have to do is to put the mobile device into the dock and connect it. However, it is important to install the apps and games you want to see before you put the phone in the dock. This is because it is difficult and unpleasant to preview apps and games when you wear the headset.

Although this might seem annoying, it is the setup process for most of these smartphone-based headsets. If you are a new user, you might want to start off with a few apps instead of heading straight for the games. This way, you can get used to the headset and the VR world faster and more comfortable.

Also, when you choose a VR app instead of a game it helps you calibrate the image better. However, you will need to search for an app that works on this device. Utopia 360 doesn’t support some of the newer apps. Also, don’t go for the Google Cardboard animations because they are not good for setting up the Utopia device.

Most people mentioned that these goggles have a quick set up process. This means that you don’t have to spend a lot of time figuring out how the device works. It is important to get all of the games and apps you want to try on your smartphone before you set the headset.

While it might not be the best headset, Utopia 360 does a great job for its price. It comes with 360 -degree field of view and it supports many apps and games. The controller is easy to use, especially if you used a Sega controller before. If you want more advanced devices for VR you can check out HTC Vive and Oculus Rift. However, take into consideration the price and the features before you select a VR headset.