Step Inside a Slot Machine with the Latest Virtual Reality Technology

As the world around is starting to morph into a virtual representation of itself, it’s hardly surprising that industries of all types are starting to embrace new technology. With Oculus Rift and its peers currently making virtual reality (VR) accessible to the masses, major brands have jumped on the bandwagon in a bid to offer something innovative and exciting. Unsurprisingly, this rush to create and push the boundaries of what’s possible has caused the VR market to boom over the last two years. In fact, according to research by International Data Corporation (IDC), VR spending will top $17.8 billion in 2018. Compared to 2017, that’s a 95% increase and, in the words of the analysts, it’s because “consumer and commercial use cases” will “gain traction” thanks to the “huge appetite” for the technology. 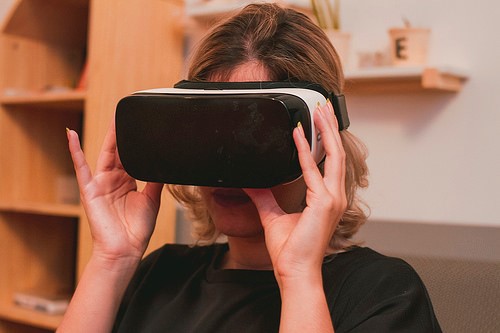 One industry that’s gone all in on virtual reality in recent months is gaming. From traditional console offerings to slightly more niche products such as casino gaming, players around the world have been given a myriad of new ways to play. In fact, the developments in the casino gaming world (known as iGaming) have been some of the most interesting. Led by two major developers, Microgaming and NetEnt, the push for VR casinos is taking that sector of the industry in a direction few thought would be possible. Indeed, when VR started to flourish, thrusting a familiar figure such as Mario into a new world or developing a unique experience in The Climb were obvious moves. However, when NetEnt announced its decision to create a VR slot game, few had previously considered this a viable proposition.

Under the current system, video slots outnumber any other online casino game by a huge margin. What’s more, each game has a unique theme that’s often complemented by a storyline. Scrolling through the 500+ online casino slots at CasinoEuro, everything from detective themes, fantasy worlds and even movie spinoffs are on display. Essentially, what iGaming developers have done is turn slots into something more than a set of reels and symbols. With this being the case, NetEnt has taken things to their next logical phase by creating Gonzo’s Quest VR. Based on an existing game of the same name (minus the VR part), Gonzo’s Quest VR was previewed at the 2018 ICE gaming conference.

Coded in the ever-flexible HTML5 to ensure seamless integration into any online casino, NetEnt’s new slot is due for release in the summer of 2018 and will usher in a new era for iGaming. By connecting their VR headset, whether it’s an Oculus Rift, HTC Vive or any other major product, players will be able to step inside Gonzo’s world. Beyond getting a first-hand look at the reels, players can actively explore the surroundings. Adding this level of immersion will, in theory, make VR slots feel even more like a traditional console game. Indeed, as the technology develops, further innovations are likely. Whether it’s the ability to move from the main game into a sub-game or character interactions that serve as bonus features, the options are potentially endless.

VR Slots Are Just the Start of Things to Come 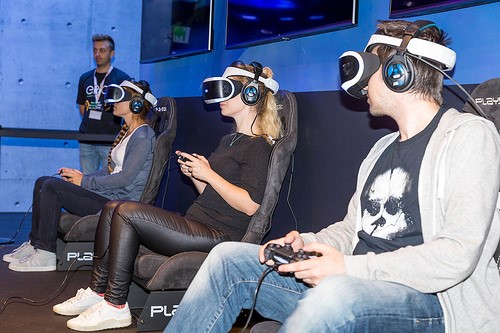 Of course, it’s not just slots that will receive the VR treatment. At ICE 2018, NetEnt also announced the launch of a new multi-table live casino concept, which will allow players to play alongside multiple dealers (real people) at once. From this, the move into a VR setting filled with table games is more than possible. Microgaming has already demonstrated this by developing a VR roulette game and other brands are certain to follow suit in the coming years. For the iGaming industry, NetEnt’s recent work will undoubtedly be the catalyst for more innovations. That, in turn, means players will be able to enjoy new experiences when they go online.

However, perhaps more importantly, the advent of virtual reality casinos may serve as inspiration to other industries that previously thought this technology wasn’t useful. Even though VR slots and table games may have seemed impractical or impossible a few years ago, things have changed and that means more companies may now be willing to take a bet on the virtual world.