How To Make Money From Your Self-Published Book

Recently, I wrote a post about how to self-publish a book, offering a stress-free guide for those who are new to the world of indie publishing. After the book is uploaded to the chosen retailer, thoughts will be turning to how to make money, increase sales and reach prestigious chart positions. There are literally dozens of ways to promote your book and I couldn’t cover them all here so I’ll instead list what really worked for me and what was a major waste of time. 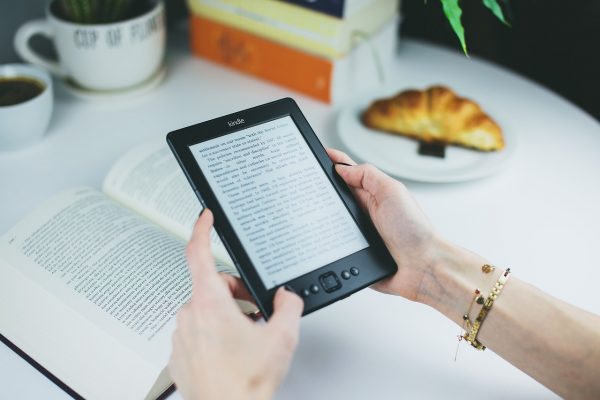 Signing up to Amazon’s exclusivity deal, also known as KDP Select, allows you to promote your book for free for five days every three months. This is invaluable. Please don’t think that giving it away for free is throwing money down the drain because the majority of people who download free books would never have bought it anyway. They’re trawling the store looking for freebies. What it does help with is raising your author ranking on Amazon, making your books more visible and generating interest in sequels. People may also download a sample when it’s free because your book’s visibility has improved. They will become interested in the plot, and download a paid copy when it’s back to full price. Free downloads also attract reviewers. If you’ve done a good job, they’ll reward you with lots of stars. Things to avoid include making your five promo days consecutive and making sequels free, although I’ve now started to do this with some, but not all, of my sequels since I have a series of 26. It’s worked to good effect. If you have only 2 or 3 books though, I’d stick to making the most engaging one free.

If you don’t want to be tied to one retailer, you can also get Amazon to make your book free without joining KDP Select by making it free on Kobo and asking Amazon nicely if they’ll price-match it. Sometimes they do, sometimes they don’t. It depends who reads your email. Also, don’t do it too often because they get wise to this and they don’t like it.

Change your category often. During its lifetime, my book The Tangled Web has been listed under “Women Sleuths,” “Cozy Mysteries” “Satire” and Literary Fiction.” It puts it in front of a different audience each time. Be sure that your book actually can be classified as the category you enter it in otherwise you’ll anger readers.

The keywords you use when you publish are hugely important for reaching the right audience, so choose them wisely. Perhaps you set your book in an area that’s particularly romantic like Paris or Venice, so romance readers who are looking for books set in Paris might find your book if you list it as a keyword. If you write horror and set it in Transylvania, use that as a keyword. I have heard some ridiculous but interesting advice about this in the past such as making “babes” one of your keywords. I’m not saying it works, but any time I’ve done this, my books do pretty well.

Finally, join a professional body that is close to your niche. Perhaps you write romance. In that case, the Romance Novelists’ Association may be a good choice for you. I joined The Cat Writers‘ Association and while it won’t lead to a huge jump in sales, it does show that I’m a serious writer, dedicated to improving my craft, striving for high standards and in this for the long haul, rather than someone who is dabbling in publishing to pass the time.

I’m going to be controversial here. The biggest waste of time when it comes to marketing a book is social networking. This will not help you sell books. I now have 30,000 followers on Twitter and I can count on my fingers and toes how many actual sales I’ve had from Twitter in six years. What it does help with is connecting with other writers and creative professionals who can feature you on their blogs, interview you on their radio shows, give advice and offer support. Plus it’s fun. It is useful, but not for making money or generating direct sales. Use it wisely.

Having a real life book signing didn’t generate one single e-book sale. Most of the people who came to it were my friends and family and it ended up costing me money. It was nice for my ego and fun to do, but if your main aim is to make a living, it’s not a smart choice. Once you’re a big seller, you might have people queuing out into the street to have a copy of your book signed but let’s be honest, independent authors operate mostly online and the majority of us won’t ever have a packed signing like that.

Doing a radio interview was without a doubt one of the highlights of my life. I’m a quiet person who suffered crippling shyness until my twenties, and sometimes I still do, so being interviewed by a local DJ to promote my books and not cracking under the pressure was thrilling. However, it didn’t generate any sales. Not one.

Other things that didn’t help were blogging, handing out flyers and business cards and giveaways. By all means, do these things if you have the time and inclination, because they’re fun! They just won’t usually result in lots of sales.

As cynical as it sounds, if you want to make money from self-publishing, there are certain genres that will always sell well and then there are genres that are much harder to break into. I moved from chick-lit to cozy cat sleuth mysteries to fairy tales and back to cozy cat sleuth mysteries. I even created my own genre, Gastro-Erotica, which doesn’t quite fit into Bizarro Fiction since it’s too cutesy but it’s too weird to be considered mainstream. Find a niche, then niche down even further. The more niche you and your books are, the more memorable you are and the more loyal your readers will be.

To explain this further, there are literally millions of people out there who love a good chick-lit book so your book will be a drip into a saturated market. There are considerably less people who like cat sleuths. Maybe you won’t write cat sleuths, but instead you’ll write about unicorns. So, you search for unicorns in the Kindle Store and there are only a few unicorn books out there. Then every unicorn enthusiast searching for new fiction where a unicorn is the protagonist (as well as everyone searching for “babes,” let’s not forget!) will find your book and they will download it.

I don’t want to advise anyone to write solely with making money in mind, because that’s not particularly creative, but it does pay to think about your subject matter and how marketable it will be before you start writing. 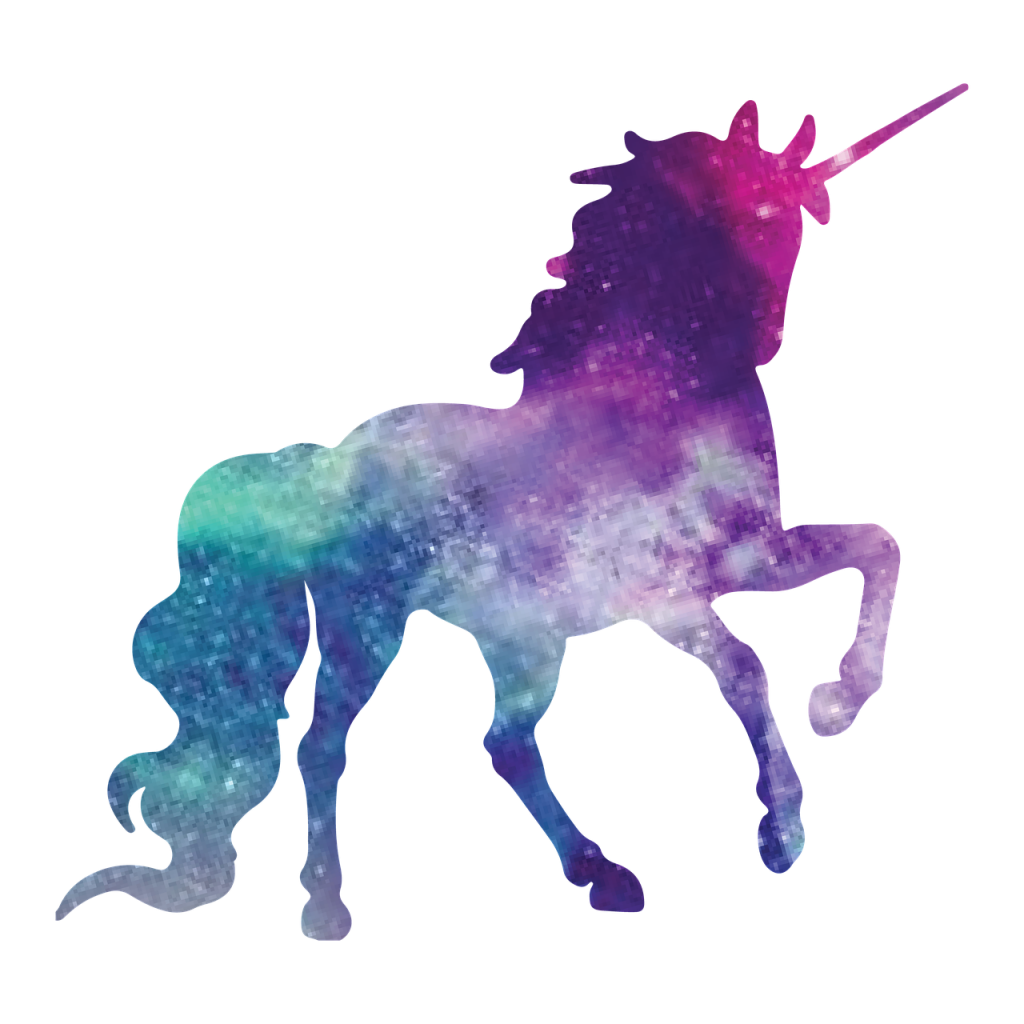 The other thing that really works is writing a series. I write books of around 15,000 words in length and focusing on this word count is an excellent way to achieve the satisfaction of completing a project every couple of months. It also means I have something new to release every few weeks so my books are constantly in the new releases list on Amazon. The loyal readers get a new story to enjoy, Amazon get a new product to sell and I have that feeling of completion. It’s a win-win for everyone. Plus, if you have a series, it means people will grow to love a particular character or set of characters. They really take that character to their hearts and so they will become loyal to your series. If you choose to focus on the right characters this technique can work really well. For you, as a writer, it can also be quite soothing to return to these characters time and again.

Are There Any Dangers To Self-Publishing?

The simple answer is yes. For example, you have a book on both Amazon and Kobo, and you make your book free on Kobo to promote it but on Amazon it is still $5. Amazon can make it free on their store too without discussing it with you first. There’s not a thing you can do about this. It’s in your self-publishing contract. They can also accidentally make your book free without repercussions. They can basically change the price at any time and it’s their right to do it because you agreed to those terms and conditions when you joined KDP Select.

The other danger I previously mentioned in the How To Self-Publish A Book blog is that you might lose your chance of being traditionally published as soon as you hit that submit button. It’s not true in all cases. I’ve known a writer who managed to get the same book published both ways, but stories like hers are few and far between. There are a large number of agents who won’t consider your book once it’s self-published and you have to decide if that’s a risk you want to take.

There are other dangers you won’t have considered. If you sell very little, you’ll be disappointed but if you get thousands of downloads, you have to be prepared for that too. My first novel sold only a handful of copies for the first eight weeks and then following a free promotion I had 20,000 downloads in one day. Things went nuts and suddenly strangers were reading my book and leaving reviews, not all of them positive. I have to admit, I wasn’t ready for that. I thought I was until it actually happened and it really upset me to see a stranger ripping to shreds a book I’d spent over three years of my life writing. Please make sure you’re emotionally prepared because it can hurt even the strongest of us.

Finally, keep an eye on your tax situation. Royalties are self-employed income. You’ll need a US tax number once you start making money. If you need help with this, there is lots of guidance online.

Have you ever thought about self-publishing? Perhaps you’ve done it and have tips you can share. Let us know!