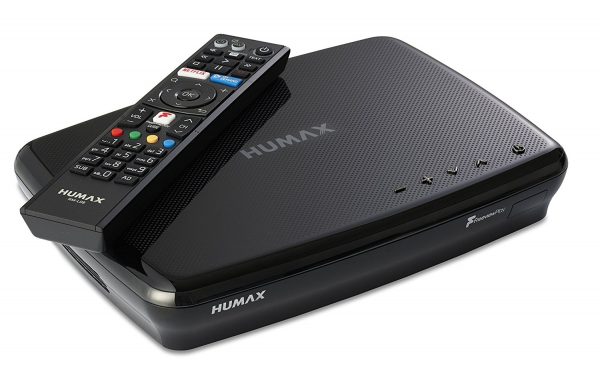 Ever since terrestrial TV has vacated the airwaves, TV in the UK has been reliant on Freeview. While some choose to get a subscription for their television, not all want to or get it in their area. Also, similarly, some televisions pack in Freeview players, while others don’t. Humax have been delivering Freeview players with built in recorders for a while. Their latest and greatest product packs in quite a punch. Not only is it a Freeview player, but it also records, lets you catch up with various apps, and the remote even comes with a dedicated Netflix key! 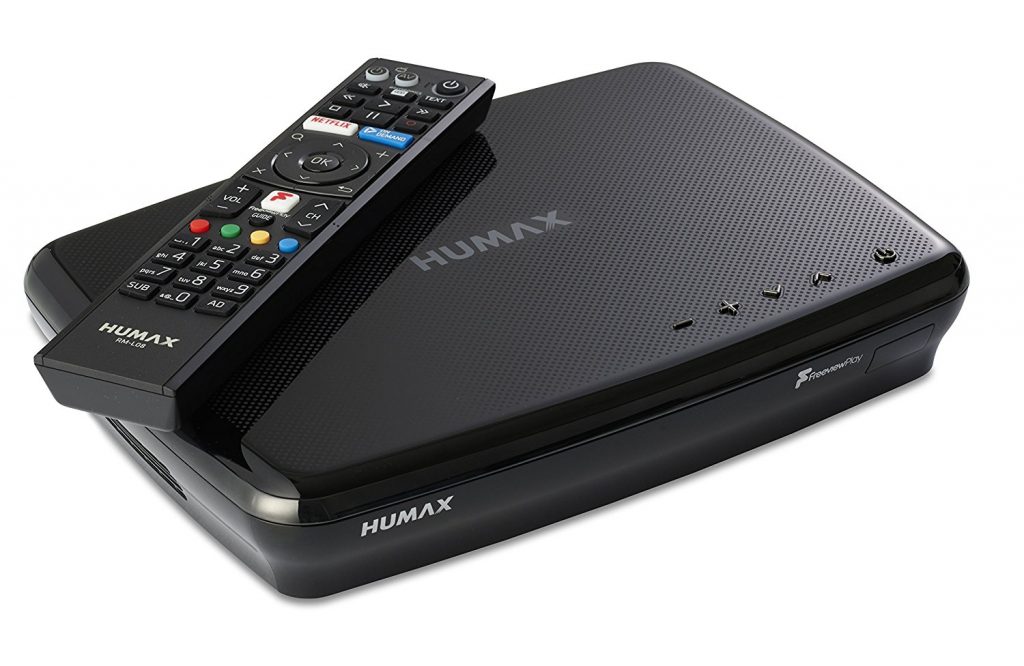 The set top box is like most others, though it is a lot smaller than your typical Sky or Virgin box. This makes it easier to stack away by or under your TV. The top comes with some buttons, though in practise only the power button gets used. That is rather rare too.

The back comes with a suite of ports, including RF in, HDMI, AV, USB and ethernet. 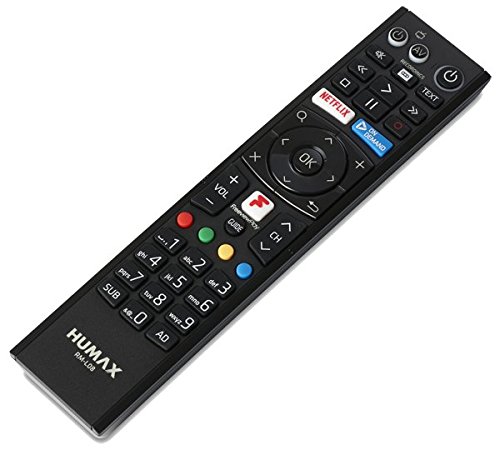 There is no such thing as a perfect remote, but the remote packed with this tries its best. It comes with a dedicated Netflix key as well as buttons for On Demand and Freeview play which takes you to a ‘HOME’ of sorts.

The initial setup is reasonably simple. You plug, you play. It tunes and you’re good to go. The EPG lets you go back up to 7 days and forward 7 days. So far, reasonably simple and typical. You can record programs on the go, you can record series, and you can watch all that back. Simple again.

The player brings HD channels with it, and if you end up on SD channel (such as BBC 1 instead of BBC 1 HD) it will actually recommend you shift over and do it for you. No having to search for BBC 1 HD in the program guide.

Dedicated players from the likes of BBC or Channel 4 mean that when you do want to watch a show from 3 days ago, it will take you directly to the program via the app. This cuts down searching time in the app. I also like the fact that the Channel 4 app exists, which doesn’t exist on my TV as standard.

Netflix still needs a subscription, but that is no surprise.

Recording and play back is fairly simple. What is great is that you can plug in a USB and watch back your own media, play your own music, and annoy everyone with your holiday snaps as well.

The interface is clever, the design is simple. All in all, a great job in giving you pretty much what is a complete product.

It is available from various retailers, including Amazon, and starts from £229.

With Christmas on the way, you need a good bunch of movies and programs ready to be viewed. You don’t want to miss out on the stuff that is on the other channels. More so, you want it all to be simple and easy. The Humax FVP-5000T achieves all of this in an effortless fashion. The perfect partner for your television!