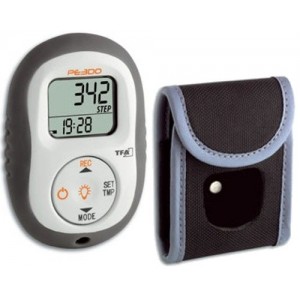 In the last couple of years, since the launch of the Fitbit, it feels like everyone has been measuring their activity in terms of how many steps they take a day. It’s not something that was really discussed previously but it’s become very much the benchmark. I have never owned any kind of wearable to measure activity or steps before but I was given the chance to try a sample of the HiTRAX Step 3D, a pedometer with a 3D sensor and clock by reichelt. For those who aren’t aware of the brand, www.reichelt.co.uk is an online electronics retailer, with many products up to 20% cheaper.

The HiTRAX Step 3D is a high-tech pedometer that measures steps using a 3D acceleration sensor. It has an ergonomic shape and comes in a pouch with a clip for attaching to your clothing. It’s about as big as an egg but has a flat shape and is powered by a flat 3V lithium battery.

Once switched on for the first time, this device has to be operated with the round dial at the front. There are different functions for up, down, left and right. Pressing left is a simple power switch for turning it on and off. Pressing right sets the temperature and time. The temperature was pre-set to Farenheit but is easily changed to celsius by pressing the down button which says “mode” on it. The time is the next thing that can be changed, again by selecting it using the right button and then using the up and down buttons to change the time and then confirming it with the right button again. 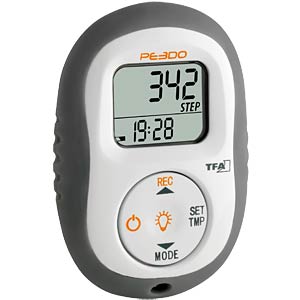 The next thing to do when setting this up is record your step length and weight. This will obviously be different for each individual. The default step length is 60cms and I shortened this considerably since I’m very small. Weight is recorded in either pounds or kilograms and again, this is adjusted using the up and down buttons and confirming using the right button. The device needs this information because it has intelligent algorithms which filter out non-walking movements, for example if the steps are too short. It starts to count after 10 consecutive steps, so short movements won’t be logged. It will also calculate the calories you’ve burned which is handy if you’re watching your weight and calorie intake.

The most important question I wanted to ask was, does it work? Will it record the number of steps I take accurately? The answer is yes it works, but as for accuracy, it depends on how accurate you want it to be. I counted myself taking 100 steps and it recorded 104. That’s not a huge difference but over a bigger number, say 10,000 for example, that’s an additional 400 steps it’s recording that I haven’t taken. It may be that I need to adjust my step length but I thought the length I recorded was probably quite accurate.

Things I liked about this include the function to record how many steps I’ve taken over seven days and compare them. It also records how many calories I burned that day by taking those step (which was surprisingly low), the distance I walked and the speed I walked at, on average. I also liked the temperature gauge but I found it to be inaccurate if it’s close to my body. It doesn’t measure the atmospheric temperature, or even my body temperature but somewhere in between. If you take it off and leave it lying around, it will measure room temperature.

There is a model with a back-light featured but this was not the model I received. Perhaps I got an older generation of the device. So, where it has a light-bulb in the picture in the centre of the dial, I have nothing and no back-light function. If I could have made one big improvement, it would be a back-light. 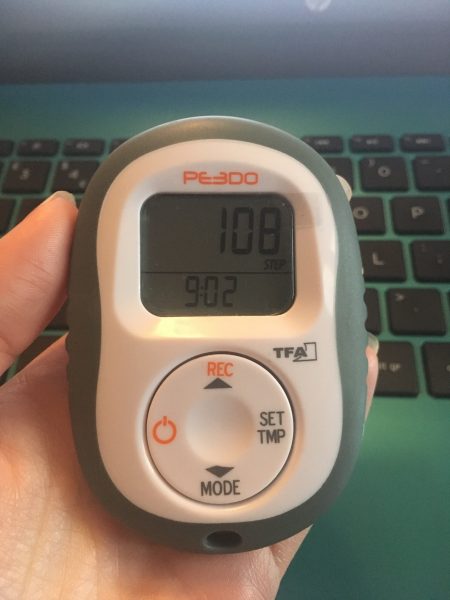 My overall opinion of this is that it’s a good pedometer for those on a budget, so long as you just want a ballpark figure of the number of steps you’ve taken. It isn’t 100% accurate. Also, I would say make sure you buy the model with the back-light as without it, you may struggle to view the display, even in an artificially lit room.

The HiTRAX Step 3D is available to buy on the reichelt website and at the time this review was written it costs £22.10 plus shipping.