With the rise in the number of gadgets we all own, and the time we spend using power-sucking apps, a good quality power bank is something that everyone should have. They’re handy for power cuts in the home, travelling and sometimes just to carry around in your bag during your daily commute. I was given the chance to sample the Romoss A10 power bank. Here’s what I thought of it. 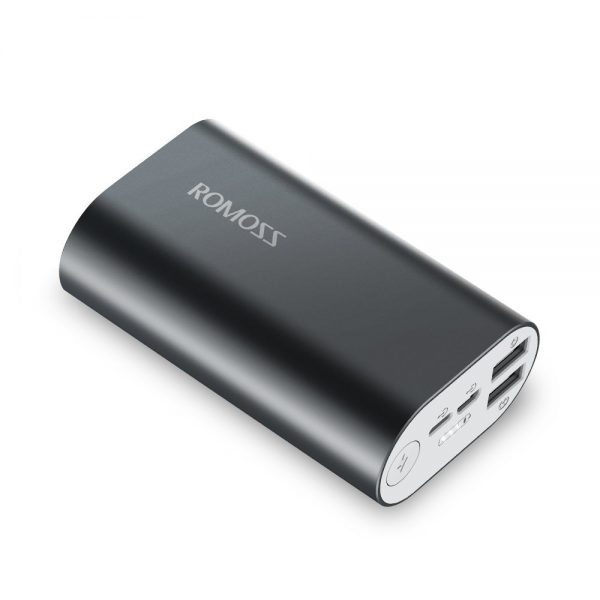 The Romoss A10 is a compact, dual output external battery pack which comes in two stylish colours, grey and pink. This power bank also comes an auto safety cut-off with built-in over-heat, over-charge, over-current, over-discharge and short-circuit protection so you can use it knowing that Romoss have designed it with safety in mind. It also comes with an 18 month guarantee.

In the box you’ll find the power bank itself, a USB cable and an instruction manual. On the side of the box there’s a silver foil sticker with a scratch-off section and a QR code so you can check the authenticity and be sure that you don’t have an imitation. This is something which I really liked. 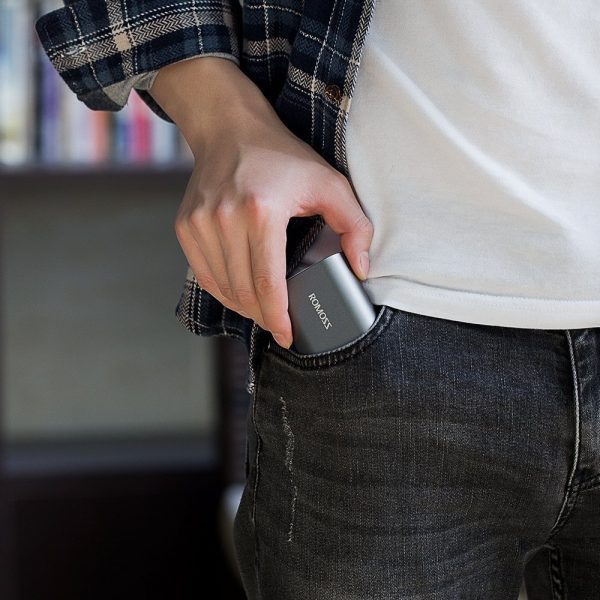 My first impression of the power bank was that it was indeed quite compact and it fit easily into the palm of my hand. I liked the curved edges and the overall shape. Although some people will roll their eyes about this, appearances are important to me and I like my gadgets to look good. It didn’t look bulky and it only weighs 252 grams. It has the Romoss logo on the side of the power bank and one end has all the necessary legal, technical and safety information and diagrams. On the other end are the inputs and outputs, as well as a series of four lights in the shape of a little battery indicating how much power is left. There’s also a power switch so unlike other power banks I’ve owned, you need to do more than just connect the device you want to be charged. You also have to switch on the power bank. 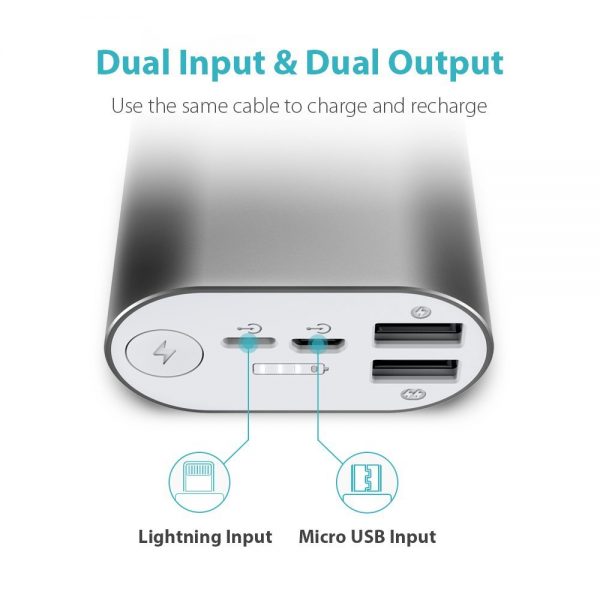 The dual 2.1A outputs and a capacity of 10000mAh are able to safely charge two devices at the same time. There is also Fast Charge and Fit Charge technology in this power bank which will automatically detect and deliver the fastest charging rate for a device, up to 2.1 amp. I did wonder if perhaps charging more than one device would cause slower charging. I would say that there was a very small difference in charging times. For example, it took me 2 minutes extra to charge from 50% power on my phone to 100% power when there was only two devices connected rather than one. That’s really not a huge difference and could easily have been caused by more data being sent or received in the background while the phone was being charged. 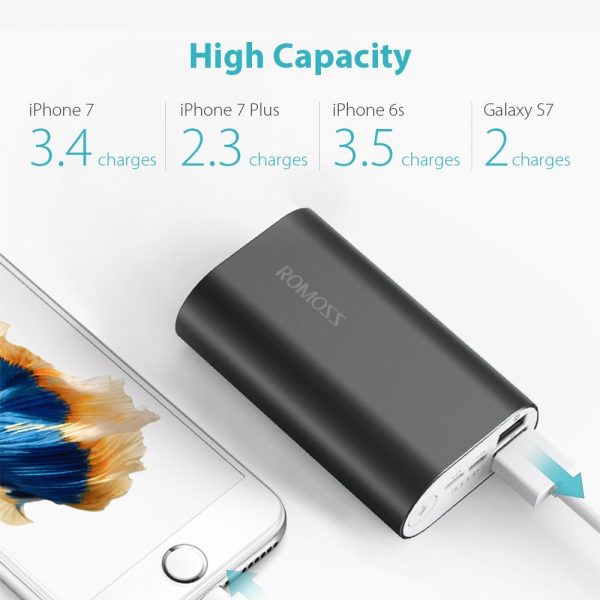 As for charging the power bank itself, that took much less time than I had anticipated. With the power bank I currently own, I always find that I have to charge it overnight, so that’s at least 8 hours but the Romoss A10 takes a couple of hours less. It says on the instruction manual that it takes 6.5 hours. I’d say this is accurate. I only let the power bank run completely dry of power once and charging it for 6.5 hours did bring it up to the full power indicator, but not for long. I found that from one fully charged power bank I could charge on my own iPhone SE three times or I could charge my husband’s Samsung Galaxy A5 twice. This is not hugely different from the estimates provided. 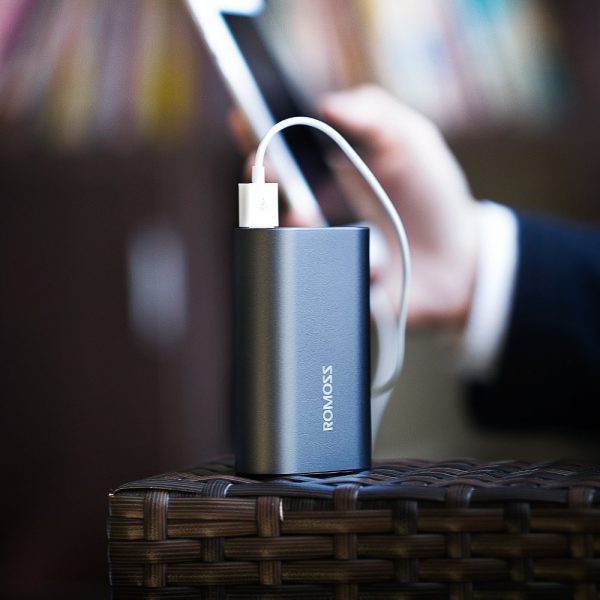 Overall, this is a great investment if you’re looking for a new power bank. It’s certainly a power bank that I would consider buying in multiples, and I wouldn’t mind having one in another colour, particularly if it matches my phone or tablet. I can’t really see any faults with it, after having used it for a month. The only minor complaint is that the power switch can be depressed easily inside a bag, but if you’re not connected to a device, it switches off again after around five seconds. 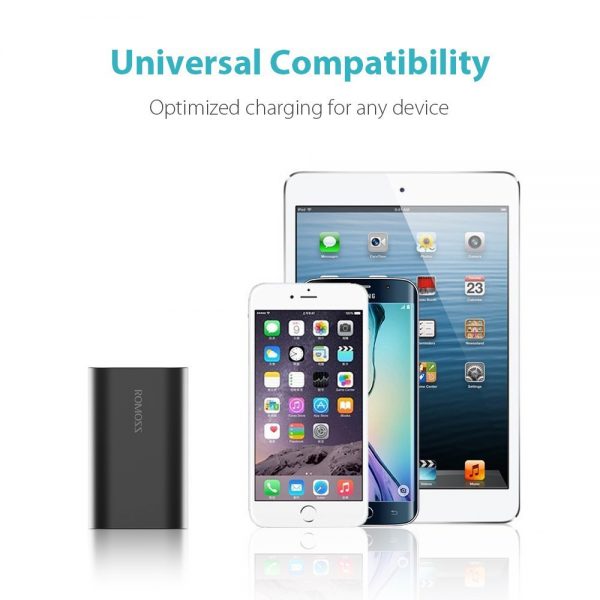 The Romoss A10 Power Bank has an RRP of £60 but is currently priced (at the time of writing this review) at £18 on Amazon (UK) or Amazon (international). If you would like to read more about Romoss products, you can do so on the Romoss website.

One thought on “Review: Romoss A10 Power Bank”