Skip to content
Home » IFA 2017: Samsung Is Building The Future And We Are Here For It
Android electronics

IFA 2017: Samsung Is Building The Future And We Are Here For It

Samsung Electronics Co., Ltd. used its presence at IFA 2017 in Berlin to showcase its latest consumer products and innovative technology that are helping make the impossible tomorrow’s ‘new normal’. During its press conference, held at Tempodrom in Berlin, Samsung highlighted its focus on the craftsmanship and connectivity of its products, along with partnerships that are enabling its technology to rapidly set new standards. 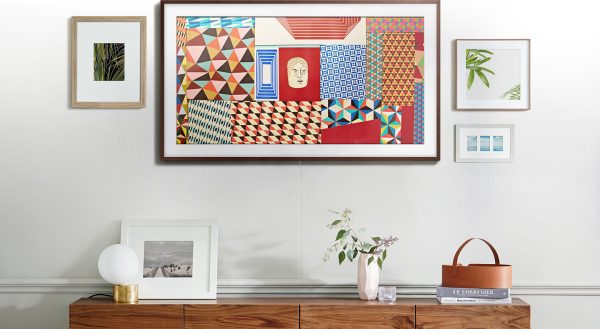 Samsung has partnered with leading galleries and museums such as the LUMAS, Saatchi Art, and Sedition to further enhance The Frame as an art-centric device within the home. Samsung also announced a new partnership with the Prado museum, as well as plans to acquire approximately 1,000 prominent art pieces that can be enjoyed in The Frame’s Art Store in near future. Users will be able to choose from an expanded selection of art, making the most of their TV even when it isn’t in operation.

In addition to the Art Store, the Samsung Collection of specially curated art pieces and the My Collection feature, which allows consumers to project their own personal images onto the screen, gives consumers even more options to visually customize their space, wherever they choose to place The Frame within the home.

Crafting Perfect Solutions for the Home

For example, the need to design around real-life problems was displayed with the launch of Samsung’s new washing machine with QuickDrive™ technology. Samsung’s QuickDrive™ technology cuts washing time by half and energy use by 20 percent, offering consumers the time-saving solution, without compromising washing performance. Its unique Q-DrumTM consists of a large main drum and a plate in the back that rotates independently. Unlike conventional washers that move clothes repeatedly up and down over the course of the cycle, the QuickDrive™ moves clothes from top to bottom in the drum but with an added dimension. The plate in the back of the drum introduces a back and forth movement, making a dynamic action powered by double forces that quickly and gently remove dirt to deliver an intense and complete wash cycle.

In line with the key theme of Craftsmanship, Samsung also revealed the POWERstick PROTM cordless vacuum cleaner. Providing the ultimate cleaning solution, the POWERstick PROTM guarantees powerful cleaning performance, easy maintenance and a long-lasting battery. It features an industry-leading 150 watts of suction power and 40-minutes of battery time—twice as long as traditional batteries—with a battery lifespan of five years. It also boasts Flex Handle that folds up to 50 degrees, letting users clean hard-to-reach spaces, such as the below furniture, with less effort.

Samsung will also expand the voice capability of its Family Hub refrigerator to countries in Europe on a phased basis this year, starting with British English, German, French, and Italian. Family Hub will also be integrated with Samsung Connect, letting users control a wide variety of IoT-ready smart appliances regardless of their operating system.

The Latest Rugged Smartphone Built For The Toughest Environments