Hacks For A Small Kitchen 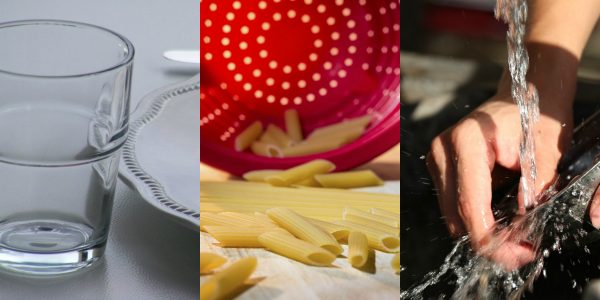 While I was abroad I lived in a studio apartment which to quote the brilliant satirist David Sedaris “is basically a large bedroom with a bathroom.” That meant that space was a precious resource that needed to be made the best use of. It had to be doled out in small increments and saved in other places. To this day small kitchen hacks are my favorite listicles to read on Buzzfeed but somehow they always tell you to buy expensive stuff you don’t need. So I give you (wow benevolent Kitchen goddess much?) my four tips on surviving in a small kitchen. 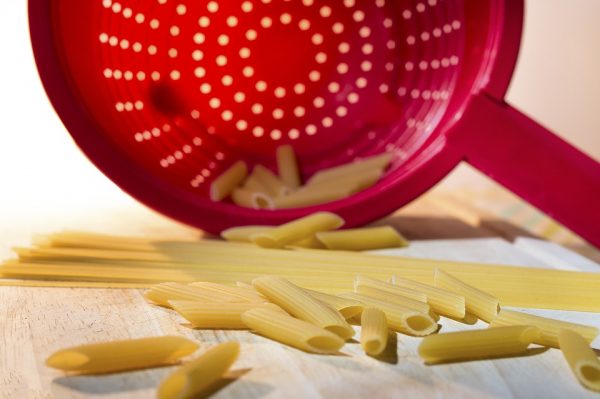 Let us go back in time to the Colander Incident of 2013. I had just moved into my new apartment and therefore was still trying to familiarize myself with the place. I put a pot of water to boil for chai and  was probably putting some clothes away when I heard the smoke alarm go off. The apartment was slowly filling up with smoke. I ran to the kitchen area and there it was, the plastic colander melting into the burner. I had turned on the wrong burner. You can bet I bought a GIANT steel colander for my pasta after that.

Lesson: Invest in the good stuff. I also made the mistake of buying terrible thin steel baking trays that were a pain to clean. Then there was a $6 can opener that fell apart as I watched in awe. It is always double the cost when you buy crap to be cheap. 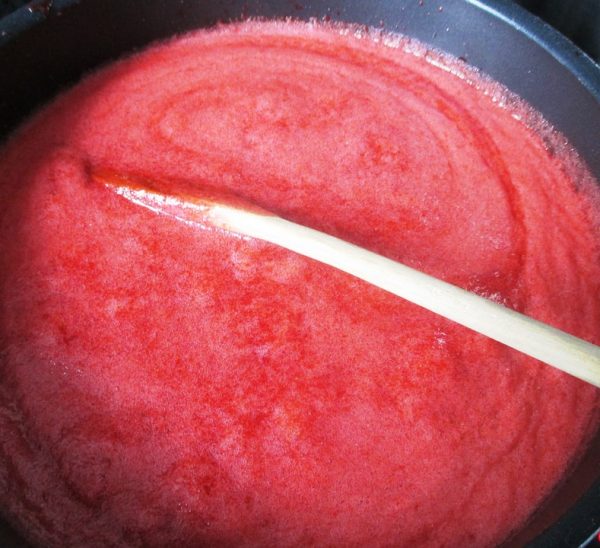 I have many a burns to prove that it helps to plan out your cooking steps. And always keep the pan you are cooking in front of you. There were so many times I was pouring liquid in a pan that was in the back because I hadn’t timed myself properly. It was dangerous and super annoying to work around pans that had something cooking in them. Better to cook the rice and pasta on the back burner since they take the most time and work on the other ingredients in the front. 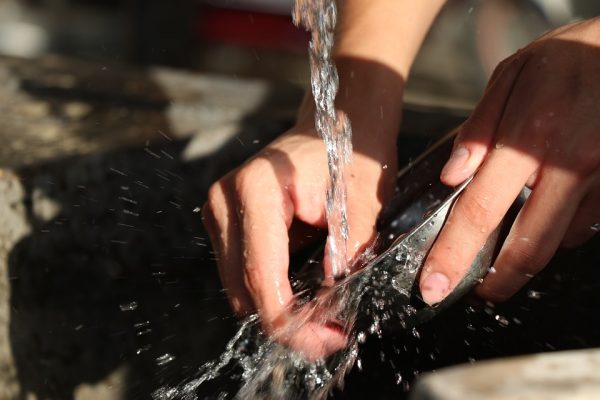 This goes without saying. I didn’t have a super fancy rack to dry my dishes and in the morning if I had left a pile, I had to climb mountains to get to a cup of tea. So I started doing what my mom did, wash the dishes and lay them out on a mat to dry. Clean the kitchen the night before no matter how tired you are because it will save you scrubbing out last night’s rice and curry from your plates. 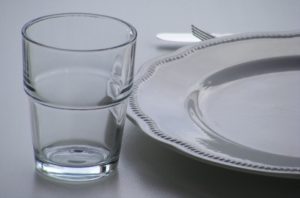 I was so desperate for utensils to eat out from, I dropped cash on a four-person dinner set that had full and quarter plates and four soup bowls. I was only cooking for one. In hindsight should have just bought a couple plates and two glasses with some cutlery for sharing. I hardly entertained in my apartment so having that much crockery made no sense.

So that’s what I learned from trying to survive in small kitchens. What are your kitchen hacks to be a domestic goddess (or god)? Let us know!